“For those of you who don’t know me, I’m not wasted, but the doctor who delivered me was.” So begins the standup comedy set from Maysoon Zayid: disabled comic, actor, humanitarian, and “Arab Gone Wild.” This favorite icebreaker in the comedian’s routine turns out to be true, illustrating her candid approach in engaging an audience lucky enough to catch “officially the most oppressed person in the world…a Palestinian Muslim with cerebral palsy.”

The New Jersey–born Zayid is a groundbreaking artist who’s made a name for herself internationally via acting roles, commentating on Countdown with Keith Olbermann, and her philanthropic work with Maysoon’s Kids, a non-profit addressing the needs of disabled children in Palestine. But more than anything, Zayid is renowned for her trailblazing standup comedy, which has resulted in critical acclaim and the cofounding of the extremely successful New York Arab American Comedy Festival. She has the distinction of being the first person ever to perform standup in Palestine and Jordan, and (after some innocuous jokes about dirty airplanes) was issued a lifetime ban from performing in Egypt. A shy, self-conscious wallflower she is not.

Zayid’s standup usually acknowledges her disability from the get-go. She was compelled to address it head-on in her act as she wanted the audience’s full attention on her material, not distracted by questions about her impairment (or on incorrect assumptions that she’s drunk). Interestingly, she notes that prior to doing standup, she didn’t talk about her CP, but through making jokes about it became empowered by her disabled identity. She’s quick to point out that her disability and comedic act have played reciprocating roles, each influencing the other, but in the list of defining identities disability comes in at #2. (Being a Jersey girl trumps all.)

While Zayid enjoys the spotlight as a working comic, she’s also utilized her platform as a public figure to draw attention to Palestinian rights and rampant Islamophobia. Frustrated by the media’s portrayal of the Palestinian-Israeli conflict, she succinctly breaks it down, explaining:

The issue is bigotry and oppression. The solution is equal rights for everyone. The theory that these people can’t coexist is ludicrous because they already do. The majority, yes the majority, work together, study together, hitchhike together, and even date. The only issues are those who insist on religious exclusivity and, being heavily armed, denying freedom to everyone else.

Her time in Palestine led her to establish Maysoon’s Kids in 2001, a nonprofit that works with disabled Palestinian children and orphans. The organization provides tutoring, art-therapy and wellness programs; dispenses food, clothing, and eyeglasses; and has partnered with Playgrounds for Palestine to build disabled-accessible playgrounds for children in occupied territories. And to top it all off, she’s now adopting a child from an orphanage in Bethlehem.

For those living in the United Kingdom, Ms. Zayid is premiering her “Funny Arabs” show later this month at the Arabic Arts Festival. For the rest of us who need more Maysoon ASAP, visit her website.

What an amazing woman! Thank you for this piece.

Maysoon, you are the best !!!! I had the pleasure to see you performing in San Diego....my total admiration for you . Keep up your great work !

The Arab are the most beautiful creatures on earth, they have their beauty hidden 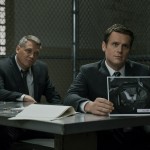