The Body Electric: Tattoo Magazines and the Big Dumb 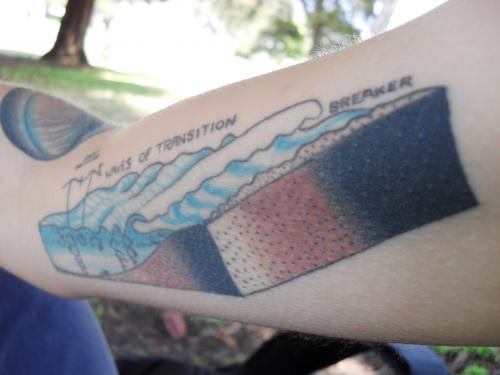 That's my arm. I thought it only fair, if discussing the representation of tattoos, to be up front about my own. This one, taken directly from a life science textbook, falls in line with most of the work I've had done: science-y and metaphorical: half-directive, half-reminder.

I like getting tattooed. I like the ritual of it. I like the color, swell, the formation, the symbolism. I like creating a relationship with an artist at the outset and then being really quiet for the hours we're together, united in concentration. (This piece is done by Jeff Rassier at Black Heart Tattoo in San Francisco, by the way. I highly recommend him). Tattoos, for me, are about reclamation. My body, my soul.  My tattoo, my heart.

I, perhaps like you, know a lot of tattooed people of all genders and sexualities. And I know a lot of queer and female bodied folks with fantastic, subversive, beautiful pieces. We are surrounded by people telling stories with their bodies, which is why tattoo magazines like "Inked" always piss me off.

What could be more interesting than a rag devoted to consensually (so noted because most tattooed people do not like to be grabbed or otherwise accousted by strangers regarding their tattoos) and artfully telling the stories and philosophies behind the ink? Very little, except that "Inked," like most magazines that feature tattoos, is also selling the sort of hyper-masculinity that seems to exist solely to create an anxiety to buy: a product/personae feedback loop. Let me show you what a man likes. Let me tell you what a man buys. Chicken and the egg.

"Inked" sucks for several reasons (generally bad art is an obvious complaint but I'm live and let live around that issue); but what pisses me off is the role of women in the magazine. Presuming the gender binary (problem number one), "Inked" seems to divide itself around bros (typically heavily tattooed guys in bands, etc.) and women who seem to be featured less for their tattoos (since most only have one or two pieces) and more for their bodies. See this feature, where you can vote for a generally provocatively posed "girl of the day" on their website.

Don't get me wrong. I find tattooed women sexy, but I also find them interesting. It might be an old story to open a magazine and see a flattened, stereotypical caricature of our tired binary, but I always hope for more when it comes to representations of the (semi)-counterculture.

So, forget "Inked" and its ilk. I have begun a collection project wherein I am cataloguing the tattoos of my peers: fierce and flamboyant folks who are bearing their badges in offices and classrooms; who are organizers and writers and musicians and librarians; who carry their meanings and mottos and who move, like poetry, through the world around us. In the coming weeks, I might even share a few of those stories here. Feel free to share your own, as well.

As a tattoo artist Ive always viewed "INKED" as more of a weird tattoo culture magazine than a tattoo art magazine that would even be of any interest to your average artist or collector. If you want to see some well presented tattoo work and read some informative and interesting articles, I would check out "tattoo collector". It's a tattoo magazine actually written and produced by tattoo artists. I feel like "INKED" will have a short run as a publication on account of seemingly being printed for the sole purpose of capitalizing as much as possible on the cool-tattoo-aesthetic trend that's starting to lose steam in the mainstream anyhow.

Mainstream tattoo magazines have bugged me for that reason as well. Or how often I see pictures where it was totally unneccesary for the woman to be topless for her tattoo to be visible, but oh look, she's covering her breasts with her hands.

Also, I wouldn't doubt the poplarity of magazines like Inked - I used to work in a mall bookstore and after Playboy and the gossip mags (People, US Weekly), the tattoo magazines were our best selling magazines. We carried 5 or 6 different ones. I wouldn't say it was often heavily tattooed people (at least visibly heavily tattooed) that were buying them either.

I, too hate Inked. I usually go with International Tattoo or Tattoo, as they have a better balanced selection of artist profiles, reader pictures. And it's very little text except to accompany a piece on band members or shows or artist profiles. Lots of pictures, male and female. I also like the way Suicide Girls has done their photo shoots, even though that, too, focuses on the body more than the art. But it's better than Inked.

If you care, here are my tattoos and why I've chosen them. http://bitterhopeful.wordpress.com/2009/09/14/why-ive-chosen-my-tattoos/

Do you know where Margaret Cho got her tattoos? She has some pretty ones including the one on her arm in the photo currently posted on her MySpace profile at http://www.myspace.com/margaretcho - Not that I am brave enough to get a tattoo on the parts of myself I considered. I have read that they really hurt at the time, that one has to be careful about sterilized instruments, and that since they are pretty permanent that it is important for people to think long and hard about what you want there forever before getting them.

just to give you some reassurance, it doesn't hurt as bad as you think its going to and it all depends on location (i.e. the one on top of my foot hurt more that the one on my calf). yes, finding a clean place is important. yes, you should spend some time looking into who is doing your tattoo. (is their portfolio mostly flash or are there original pieces? look at the lines, are they consistent?) and of course, get something you'll be able to deal with for the long haul!! i hear lazer removal hurts worse than getting tattooed!!

I am in complete agreement. I happen to have a subscription, but I won't put it in the shop I own, mainly for the fact that it's focus is more devoted to women posing in lingerie than tattoos. MOST of the tattoos on said models are AWFUL. Not only that, but I have enough issues with men who think I am a swinger because I tattoo (where they make the connection, I do not know. I am happily married) and it's uncomfortable to be tattooing them when they are at half mast from looking at all the garbage. In my opinion, I'll gladly stock Tattoo, Flash and International in my rack over Inked. They have interesting articles "sometimes" but they are about as worthwhile in my shop as Cosmo.

Relevant: "Soy Yo" is a Necessary Anthem for Being a Loud and Proud Girl 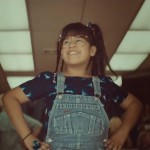 by Abeni Moreno
The catchy song and video made me reflect on how I envied boys' freedom of movement and body confidence as a kid.