After seeing the headline “Catholic School Board Raises Concerns Over Teaching Homosexuality in School” the other day, I got to thinking that there’s still a lot of confusion about “inclusive” education. Teaching homosexuality!? What exactly does that mean? Here’s my take on the question based on the headlines in my home province of Ontario, a supposed bastion of mythic Canadian “tolerance.” (Dont even get me started on the word tolerance.) Apparently, allowing kids to support each other through gay-straight alliances (GSAs) in schools can also raise the spectre of “teaching homosexuality.” After the May 2011 publication of EGALE’s first National Climate Survey on Homophobia, Biphobia, and Transphobia in Canadian Schools (in which the Catholic School Board refused to participate, by the way), and rumblings of federal anti-bullying legislation, Catholic School Board officials went to the press to express concerns about “teaching homosexuality” including “in the context of bullying prevention” (Kate Hammer, Globe and Mail, A13, August 2011). That legislation is now the Accepting Schools Act, which is on its second reading, and there are still fights about it going on. The pedagogical clash is being framed yet again as one of freedom of religion “versus” any other number of “secular” freedoms. Some proposed an amendment to education policy stipulating that: “Where there is an apparent conflict between the [ministry’s policy] and the denominational aspect of Catholic schools, the protection of the denominational aspect take precedence.”

But who gets to determine what that denominational aspect actually means?

Having one foot in the Religious Studies program at my school, I’ve read a fair amount of rebuttals against right-wing religious rhetoric on homosexuality and the moral vulnerability of children. These rebuttals, like those of Ann Pellegrini and Janet Jakobsen for the U.S. context, brilliantly point out that the conventional polarization of queer-positive left and religious right makes it out so that conservatives are the only real voice of religion—which is totally unfair to the many queer, queer-friendly and otherwise progressive religious people out there! It also ignores what religious studies scholars call “lived religion” and how the force of a community of faith is located in that community, not just in elite interpretations of scripture. Plenty of religious leaders have even argued that it infringes on their freedom of religion to be prohibited from performing same-sex marriages or teaching about the deep equality and social justice they believe is part of their tradition. I just love it when queer-positive folk beat the haters at their own word game.

There are a few other points that I would add to this debate. They’re not totally novel, but I think they lend some perspective:

1. The concerns of people who are freaked out about their kids’ moral vulnerability to representations of sexuality ring a little hollow in face of the fact that they don’t seem to care much about the content of the media they’re all watching and the ads they’ve told marketing firms, as consumers, they’re interested in seeing. As Edward Ingebretson points out (in a fantastic book chapter that’s actually on the topic of clergy abuse of children in the Catholic church), the narrative framing of almost literally everything we see, read, and hear as content consumers, has to do with (hetero)sex.

2. Homosexuality isn’t just about gay sex. The term homosexuality is already loaded with the signifier “sex,” even though it can have a lot more to do with your social positionalities than the number of times you have sex with a member of the “same” sex, whatever that might mean. (Biologists have suggested there are at least six recognized markers of “biological sex,” after all, not to mention the infinite possibilities of gender expression). In the popular imagination, this term implies that the issue is about who has what types of licit or illicit sex with each other. But when I think “homosexuality,” I think about the possibilities of non-normative sexuality. I think about: a continuum of sex practices that range from the hetero sex sanctioned by the Christian hegemony of Western states to sexual subcultures like BDSM which could be called queer without ever involving homosexual acts; queer ways of challenging social norms; and forms of extended and chosen family in which rights and responsibilities are meted out in ways that the state pretends it can’t handle either morally or bureaucratically.

So what would it mean to really “teach homosexuality”? It would have to start with throwing out the fantasy of partition between queerness and religious faith, and it would see queer narratives, lives, struggles and successes leave the confines of the gender studies class or the anthropology course and resurface in all the other disciplines—history, music, economics, art, science—in which they rightfully belong.

I have a feeling that might go a long way toward making queerness not just “tolerable” but also accepted and expected.

I went to Catholic schools from age 3-15. I was a firm believer that the high school that I went to needed some form of GSA. When my younger brother ended up going to the same Catholic high school as me, I encouraged him to start the GSA, seeing as he was in the student government and all. Well, the school wanted nothing to do with it because of their worries about what the alumni would think(a.k.a unhappy alumni ≠ money).
I later found at that another student government peer of my brothers (who also supported having a GSA) was pulled into the deans office and was told that if their was an openly gay faculty member at that school, then that faculty member would be fired.

I do believe that the catholic schools will change their habits, as long as their are kids who stand up from their rights and the rights of others. But change always happens so slowly in the world of catholicism...

Hey sharon love, thanks for your comment. It's a devastating double standard you point out, that there are obviously queer Catholics and there are queer Catholic teachers, but if they want to keep their jobs, they often can't be those much-needed role models for students. Which creates weirdness in a lot of ways - like suggesting that there aren't *really* any gay Catholics, that it must be a teenage phase or something. It will be very interesting to see what happens in a few generations as religion will in all likelihood maintain its important functions in many people's lives, but as those people live their lives more openly and more critically, which will in turn shape the practice of those religions.

Could you prehaps provide a link to "Biologists have suggested there are at least six recognized markers of “biological sex," ". I am curious to learn about that.

Hi Kelly! Thanks for asking - I was going to link to where I originally read this, but I came across it in a short journal article (on the topic of religion and sexuality), which references the figure in an undergrad-style textbook on human sexuality. Here they both are (and it might be easier to find the reference in the journal article - page 13 of the PDF, page 875 of the journal):

I went to a Catholic secondary school (in England), and while at the time I wouldn't have called it strict, after I left for college and later university I realised just how much they'd kept from us - we had 'sex ed', of a sort, which pretty much consisted of a yearly visit from someone who pulled all the girls into the hall and showed us a powerpoint on menstruation. When we were 16 they decided we were old enough to learn about tampons. (Big shock, they never mentioned contraception. Not even in Biology classes.)

The emotional and mental side of sexual/adult/serious (/any sort of) relationships were never addressed, not even in a heterosexual context, and homosexuality was only mentioned when used as abuse from bullies. On a personal level I'd wager this put my own coming out process back five years or so, and most definitely contributed to my feelings of isolation while at school. As you said, those who oppose even the mention of being gay in school seem to think that if it gets mentioned they're going to have to explain sex, or suddenly find that their students will magically turn gay and vomit out rainbows and glitter.

What I found to be the most odd part about it all was that in a supposedly Catholic school we had teachers having affairs with each other and not hiding it from students, students drinking at school, horrific levels of bullying, roughly six teenage pregnancies per year group of 60-70 students, and yet mentioning that some people fall in love with people of the same gender, or no gender, or all genders, is somehow going to corrupt us?

Yes, isn't it just dismaying when we start vomiting rainbows and glitter - and sometimes plaid? It's remarkable sometimes how much can be said through silence. Thanks for sharing this story, BubblesMcGee. It's absolutely amazing to hear other people's experiences and think about the maddening double standards many of us have experienced.

The part on bullying is also really interesting. How are children bullies when they are not performing their genders and how do teachers react -- how are they trained to react. I am reading Barrie Thorne’s Gender Play right now, you might like it!
Also i definitely agree with the lived religion part.
Thanks!

Thanks a ton for this link, frederika! That is so interesting - and it will be very useful in my research!

Relevant: Thanks Obama: The Future of American Sex-Ed May Not Include Abstinence-Only Funding 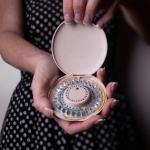 by Katherine Marrone
One of the president's legacies will hopefully be making sex-ed funding based on evidence, not abstinence.