Bibliobitch: Testimony of an Abortion Addict

Irene Vilar's extraordinary and incendiary new memoir, Impossible Motherhood: Testimony of an Abortion Addict, is a potential launching pad for a discussion about abortion that is more personal than political. Having terminated fifteen pregnancies in sixteen years, Vilar turns her experiences into a reminder that the complexity of abortion extends beyond the scientific and political arenas. Vilar places her story in the context of her family and national history – both studies in abandonment, displacement and subjugation. Her grandmother, a notorious Puerto Rican nationalist, left Puerto Rico to fight for its autonomy in the United States, leaving her children in the care of relatives. Although Latin America has stricter anti-abortion laws than North America and Europe, it also has the highest rate of abortions, and the highest rate of deaths from abortions. In the 1950s and 1960s, the US tested early versions of the control pills on Puerto Rican women, and by 1974, 37 percent of Puerto Rican women of childbearing age had become permanently sterile as a result of the experiments. Vilar's own mother was forced to have a hysterectomy, after which she sank into depression and Valium addiction, eventually ending her own life by throwing herself out of a moving vehicle when Vilar was just eight years old.

Vilar was left in the care of relatives, just as her mother had been, until she left for Syracuse University when she was just fifteen. Vilar describes how she, like her mother, grew up perceiving herself as a permanent guest in the homes of others, tolerated but never welcomed, always needing to earn her place in the house by tending to the needs of others.

This sense of servitude drives her dysfunctional relationship with her first husband; their relationship begins when she is a 16-year-old student and he is her 50-year-old professor. The student-teacher dynamic is intensified in their relationship – he willingly becomes her "master," molding her into his image of a perfect woman. Vilar structures her life around their relationship with frightening intensity, writing "I was not alive when he wasn't with me." Most of her pregnancies are terminated at his insistence; he threatens to leave her if she carries any of them to term, placing his orders in a framework of warped feminism and intellectual rationalization, teaching her that childrearing (along with other familiarities like handholding) kills romance and that motherhood is for "cowards" who willingly sentence themselves to a lifetime of domestic slavery. But Vilar purposefully forgets to take her birth control pills as a sublimated form of rebellion, feeling a rush of self-determination each time she conceives. "Sexuality spun a casing of shame around me," she writes, "slowly concealing my origins and ties to my past. But pregnant, my life felt less sub-human." Abortion becomes a form of self-mutilation, her body a battleground in her fight for autonomy.

Now remarried and the mother of two young daughters, Vilar has received hate mail and death threats since the publication of Impossible Motherhood, and has been accused of using abortion as her primary form of birth control. In the book, she concedes that she has abused the hard-won rights of the women's movement and is "a disappointment" to the pro-choice activists whose work gave her safe access to abortion in the first place. But the book itself is a graphic illustration of the abstract issues of contemporary feminism. Vilar writes that after her nearly fatal second abortion, her biggest concern was inconveniencing her partner: "I had aborted a pregnancy I wanted, had almost died, and all I could feel was terror at becoming a man's problem." Her story documents the fight for women's rights beyond the reach of reproductive freedom laws – the right to assert oneself creatively, the right to be a whole person, the right to be a man's problem.

Vilar's first husband told her, "A woman attracts me when she doesn't carry a load of wounds that make her speak with such assurance and bitterness that I want to grab a New York Times and cut her off from my field of vision." Impossible Motherhood doesn't shy away from the wounds that are part of Vilar's journey toward independence; it embraces them, making her remarkable story full of assurance but free of bitterness.

Well, it does sound fascinating, but am I the only one troubled by the title? The first few times I heard/saw the name in passing, I thought it was right-wing propaganda. The term "abortion addict" is ridiculous and immediately brings to mind extremists claiming that "Abortion is a DRUG FOR LIBERALS, and they all secretly do it CONSTANTLY!" From all I've read about the book, it doesn't seem remotely descriptive of Vilar's situation either, but I'm sure plenty of people will only go as far as seeing the book on a shelf and thinking, "Oh! Abortions are addictive!"
I do appreciate that Vilar admits that some of her actions are abusive of women's rights, although...having not yet read the book, I can't agree or argue with that. Doesn't sound like she always HAD much of a *choice.* More accurately, what I appreciate is that she seems aware and respectful of feminist work. But for goodness' sakes...couldn't Vilar or the publishers have gone with a less problematic title?

You're right, it is a provocative and problematic title. Unfortunately, it was probably deliberately chosen by Vilar's editors for that reason. Sex, and its aftermath, sells.

This book is absolutely amazing and anyone who is committed to reproductive justice should read it.

Two thing bother me: first, the argument that some women are using abortion as birth control strikes me odd, given that abortion IS a form of birth control. I'll grant that it is more invasive and used after the fact, but it still prevents birth, thus I have never understood the drama behind this.
Second, wouldn't Ms. Vilar more appropriately be called a pregnancy addict than an abortion addict? Granted, I have not yet read the book, but it seems to me that she gained satisfaction not from the abortion but from the feelings that accompanied conception. Abortion was then simply a means to restore normalcy- her only option given her circumstances.
With that said, I am anxious to read this. I think that this scenario (to less of an extreme, perhaps) is more common than most people might care to admit.

I agree. I would like to hear a discussion about her "pregnancy addiction" and what she received from those experiences before they were terminated. The book sounds fascinating.

Thank you for pointing out that abortion IS birth control. Anytime I point that out and declare I won't be having an arguement over whether abortion should be used as birth control or not because it IS a form of birth control, I meant with blank or angry stares from either side of the issue.

She "forgot" to take her bcp for 15 years? Her husband forced her to have abortions? I'm sorry but that dynamic seems to involve a lot more worrisome vectors that "using abortion as birth control."

This woman's path to healing and motherhood was clearly a painful one. It reminds me of a true story that inspired one of the characters in "badbadbad," my first novel.

This teenage girl was impregnated by her father ("who said I should be glad he wanted me because nobody else would") and abandoned by her church ("I got what I deserved and should feel blessed to be with child"). Yet despite the horror of this situation, her pregnancy strangely made her feel whole for the first time in her life.

Then she miscarried, ran away from home, and dove into an awful cycle of joyless sex, pregnancy, wild sex ("she could only get off when her uterus was a food factory"), and a few months later: abortion.

It's a brutal story, yet in many of its aspects far too familiar. Which compels me to ask the Irene Vilar death-threaters and similar haters: Who are we (from the outside looking in) to judge another's extreme behavior?

It's a morally complex inquiry, I believe. I don't know the answer, but I think the question must be asked.

At first I wondered what drove a woman to abort 15 pregnancies in 16 years when the logical thing would be to prevent them. It saves time, money and piece of mind.

But, this almost makes sense. Her (perceived) only way of fighting against her controlling and manipulating husband was to get pregnant even though he forced her to terminate all of them. All in all those potential children were better off never existing than living in an abusive situation like that.

There is no way of making this any easier to swallow for people who are opposed to abortion, as well as for people who support but are still uneasy about it. Calling her an abortion addict does a disservice to the complex nature of this story...merely simplifying it down to sensationalism.

The real culprit here seems to be a toxic relationship that borders on domestic violence, and a very troubled woman who's unable to leave it.

Making it all about her "abortion addiction" is just sensationalizing one aspect of a complex life in order to get attention for the author and provoke people on both sides of the abortion issue. The way it's marketed seems a little sleazy and opportunistic to me.

I'd rather we focus on real, concrete situations, like lack of access to abortion for lower-income women, threats to Roe v. Wade, assassination of gynecologists, etc. This memoir is just a distraction.

I cannot wait to pick up this book. It sounds fascinating. 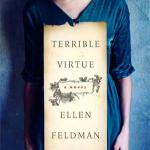