Thank God It's Over: An Elegy for Twilight | Bitch Media

Thank God It's Over: An Elegy for Twilight In its heyday, Dazzled by Twilight operated two stores, a performance space, and a tour of Twilight-related sites around Forks, Washington (population 3,175 and 8.5 Vampires), the former logging town–turned–Twilight fan mecca. Amidst fake conifers (including one carved with “Bella loves Edward” on the trunk), an Astroturf grass floor, and fountains, frenzied fans swooped up shirts emblazoned with slogans like “Bite Me” and “Vampires Only, Please,” as well as posters, mugs, bumper stickers, and jewelry. On Oct 29th, the entire store was demolished in a fire. However, Dazzled had already shuttered its doors the previous January.

At the peak of Twlight mania, in 2010, there were close to 73,000 pilgrimages to Forks; by the following year, the numbers dwindled to half that amount. With Breaking Dawn – Part 2, the final film in the series, opening later tonight, Forks is a bleak reminder of what the end of Twilight mania portends. During the boom years, longtime residents were alternately bemused and resentful by the spotlight on their town, but the attention of fans—and their money—enabled Forks to survive a brutal recession. One t-shirt designed by a local featured a logger bearing an axe in one hand and a struggling vampire writhing in the other.

In its years as an unstoppable juggernaut, Twilight has provided feminist critics with plenty of fodder, and there’s been countless pieces on nearly every facet of the narrative and its characters. Indeed, the Twilight series is a malleable text, encapsulating and inverting an already confusing set of gendered narratives. Boys are devastatingly romantic, overbearing, and creepy stalkers. Girls are heroic damsels in distress. Women want chivalry and dangerous sex. The stories’ postfeminist fantasy is that personal choice alone determines the course of our lives, superseding sex, class, race, and economics. Then it upends that idea by telling us that love is destined and inevitable.

Yet such criticism never completely captured why millions of women and girls remain enthralled by the series, reading the books over and over, dancing at vampire balls, and organizing themselves under insignias of affiliation: TwilightMoms, TwilightTeens, TwilightGuy, TwiAddicts. Are they all dupes of the patriarchy and Mormon theological brainwashing? Are they merely saddled with bad taste? How to make sense of the vast and unwieldy fanpire that crosses generations, economic strata, and countries?

Or has the appeal of Twilight also resided in the pleasures and oddities of participating so completely in a fandom? Twilight prom makeover games, “widower” support groups, and Bella self-defense classes generated communal spaces where women and girls temporarily transcended the rigidity of social expectations for behavior. Adherents of Cullenism, who met in an online “TwiChurch” where they discussed how to model their lives on the values of Edward’s vampire family, epitomized this effervescence. Some fans claimed that Cullenism was blasphemy. However, in its devotion to a sacred text, adherence to fan rituals, and way of experiencing intimacy with others as part of an amplified collectivity, the fandom already resembled religious practices.

When millions storm the theaters for Breaking Dawn Part 2 this weekend, it may be the final gasp of the phenomenon. Forks is drifting back to its previous incarnation as a stopover on the way to somewhere else, Cullenists no longer gather online, fans design fewer outlandish creations like felt tampon holders in the shape of Edward, and TwilightMoms are unburdening themselves of their merchandise in a fire sale. Tweens, teens, and adult female fans, as if they magically appeared as a demographic, are now the targets of relentless marketing. What remains in the wake of Twilight are the hundreds of derivative paranormal romance books that crowd the shelves of Barnes and Nobles. Though romance novels and erotica marketed and appealing to women has been a bookstore staple for decades, the success of 50 Shades of Grey (which began its life as Twilight fan fiction) has made a cliché out of the female appetite for smut.

More than anything, the Twilight phenomenon spoke to the perpetual desire for self-transformation, to be noticed and extraordinary in an age of mundane celebrity. It put forth the idea that amidst the drudgery of everyday life, enchantment lurks around the corner, beckoning in the form of a shimmering, supernatural world where you are desirable and powerful. “I do understand the difference between fact and fiction,” explained Annette Root, the owner of the former Dazzled by Twlight store. “But we all need a little magic and fantasy in our life.” 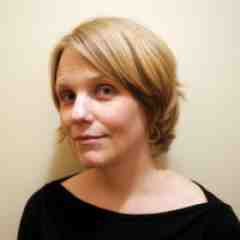 i used to hate Twilight from the core of my heart .. every teenage girl wanted a guy like Edward "the blood sucker" . and thought of her self as Bella "the bitch" (who doesn't even know who She loves more, Edward or Jacob) .. when its over ITS PARTY TIME FOR ME :p LMFAO

Relevant: 10 Films By or About Women That Are Making a Splash at Sundance 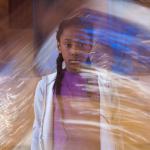 by Katherine Marrone
From an Iranian horror film to a Jane Austen adaptation, keep an eye out for these films.