This article is co-written by Kelsey Wallace and Annalee Schafranek.

Sigh. Mad Men's over. While we’re both sad to see it go, we actually got pretty satisfying endings for nearly all of our crew. At the end of the story, things are looking up for most of the people whose lives we’ve followed during seven seasons.

With no more Mad Men episodes to dissect, we thought we’d look back on some of the best and worst moments for the Mad Women we've loved and watched over the last nine years. We couldn't fit in everyone (Ida Blankenship, Shirley, Dr. Faye Miller, WE'LL MISS YOU!), so be sure to chime in with your own suggestions. The last moment is from the finale—skip it if you haven’t seen last night’s episode!

See you in our dreams, Mad Men! 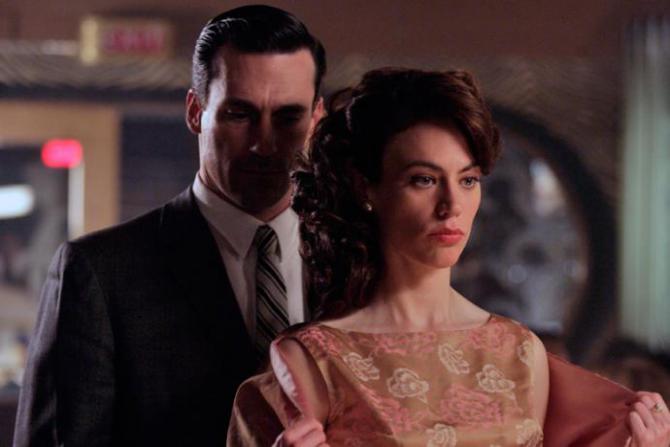 Worst: Boss Lady Rachel Menken is dismissed for being a woman

Don Draper carries a torch for business owner and all-around-boss Rachel Menken most of the series, so it’s easy to forget that he storms out of their first meeting, declaring he “won’t let a woman talk to me” the way Rachel does. Not only does Don dismiss Rachel for speaking her mind, the whole team—of which she’s the only woman, of course—writes her off in a cloud of anti-Semitic sexism. It’s a low point for Rachel and for women everywhere, even in the world of Mad Men. 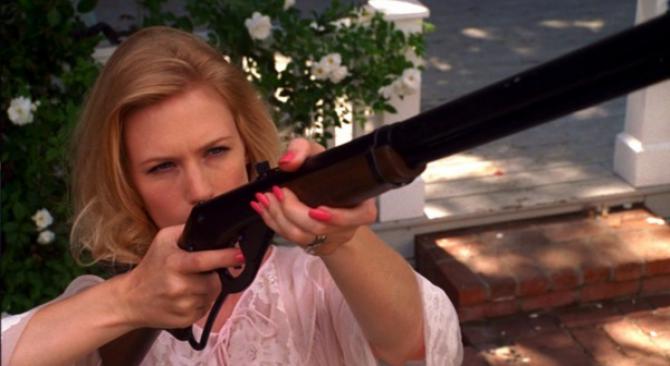 Betty Hofstadt Draper Francis has many haters, but no one can deny the badassery she displayed on the day she shot up those pigeons. (Even January Jones herself says that’s how she wants us to remember Betty.) Sometimes being a crack shot is all an oppressed housewife whose husband won’t let her be a Coke model has left.

Greg was the WORST: A terrible doctor, a whiney husband, and a rapist to boot. Seeing Joan smash a vase over his head after he ignorantly claims she doesn’t know what it’s like to want something and not get it, we were reminded that while Joan is a master of looking collected, there’s an intensity under the surface that is NOT to be messed with. 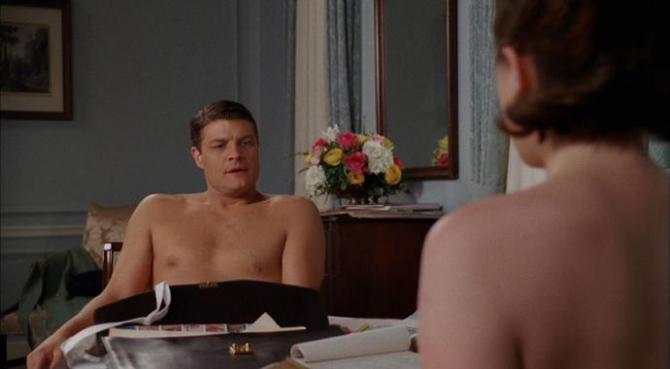 Best: Peggy strips down to get Stan to shut up and start working

Picking an inspiring Peggy moment is like choosing a favorite Roger quip—damn near impossible to do. I know we all love Stan now (insert a million heart-eyed emojis), but remember when he was kind of a dick? Telling Peggy she’s ashamed of her body and asking if she’s “on the rag”? What a jerk! Peggy calls Stan out on his “liberated state” bluff and strips down, first to her skivvies and then to nothing, saying “I can work like this.” Go Peggy! 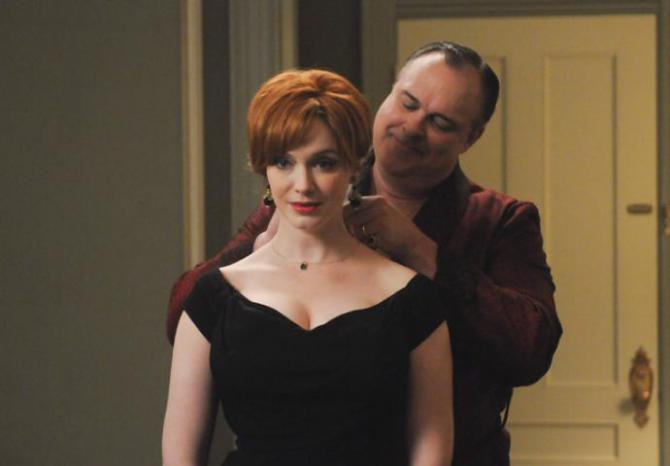 While Joan was the source of many fist-pumping moments, most were so satisfying because of all the horrible, terrible, no good crap she’s had to go through. “The Other Woman” will forever stay in my mind as one of the most heartbreaking episodes. I can barely watch Joan be pressured by the men of the office to sleep with Herb Rennet in order to seal the deal with Jaguar, even if it resulted later in her becoming a partner in the firm. 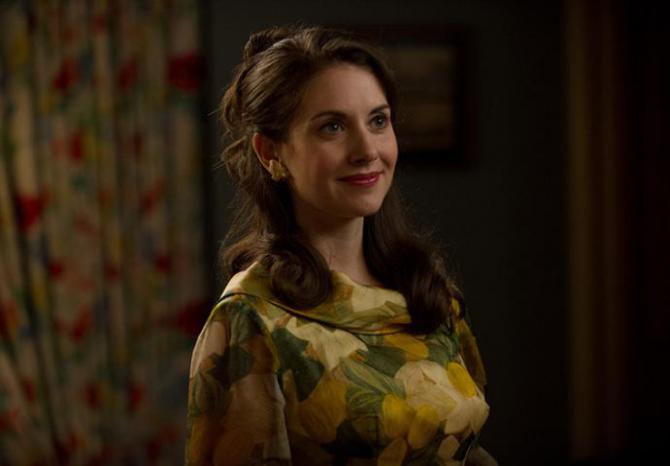 Best: Trudy kicks Pete out of the house

If anyone deserves the pleasure of truly destroying Pete’s life, it’s Trudy. After his numerous affairs, Trudy kicks him out of their house, telling him to stay in his NYC apartment and only come over to Cos Cob when invited by HER. Trudy’s ability to cut him down to size and live life on her terms makes her a hero in my eyes. 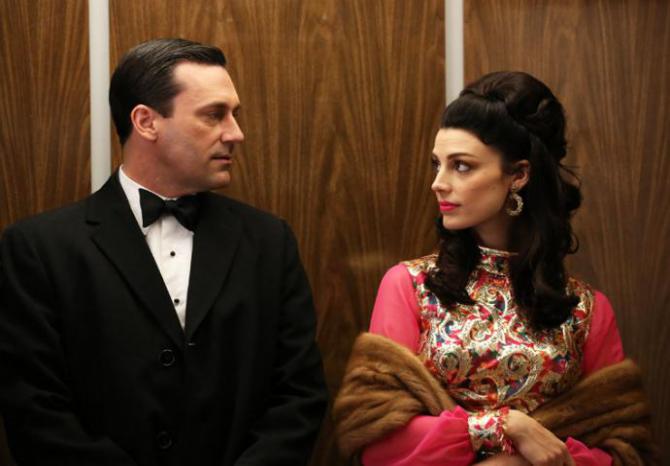 Remember when Don convinced Megan to quit her promising acting job and move with him to California, and she agreed, and then he decided not to go with her? Yeah, that was bad. Not only did Megan make a life decision based on a man she thought was her life partner, she gave up a recurring role on Dark Shadows to do it. 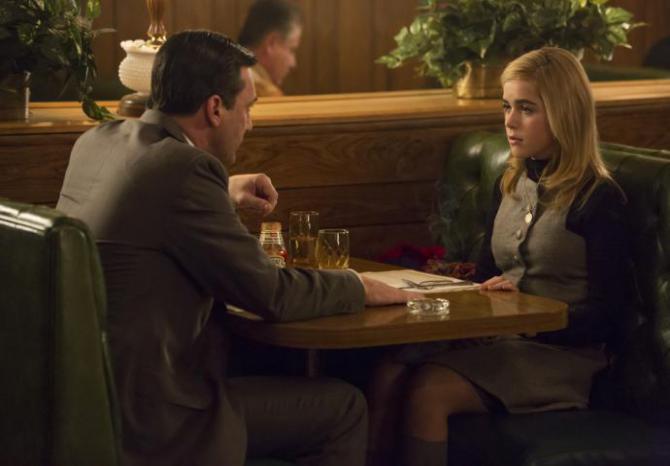 Best: Sally confronts Don about his affair with Sylvia

When Sally catches Don in the act with Sylvia Rosen, it’s hard to say who’s more traumatized (okay, it’s Sally). Later in the same episode when Sally tells Don “I love you,” it’s clear she’s accepting him for who he is—many flaws and all. For Sally, it’s the start of a mature relationship with her dad. 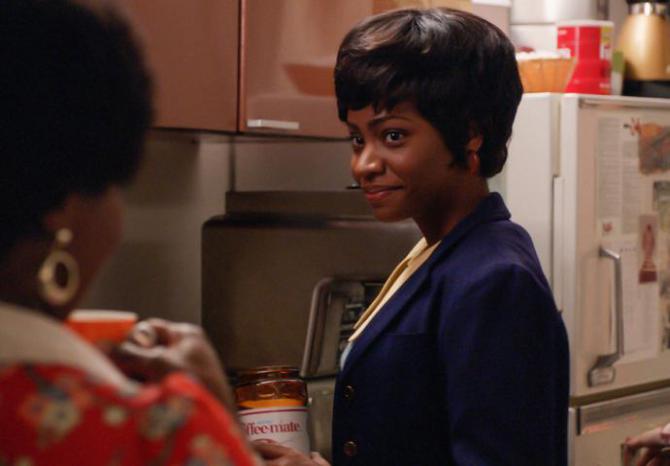 Dawn’s presence at SC&P was a constant reminder of how comfortable and privileged most of our main characters were. She was hired as a secretary because of a “joke” ad claiming that SC&P was an equal opportunity employer, and then was promoted to personnel director after a secretary switch up left her at the front desk, much to the dismay of racist Bert Cooper. Despite the circumstances, through all the crap, Dawn consistently showed how capable she was. 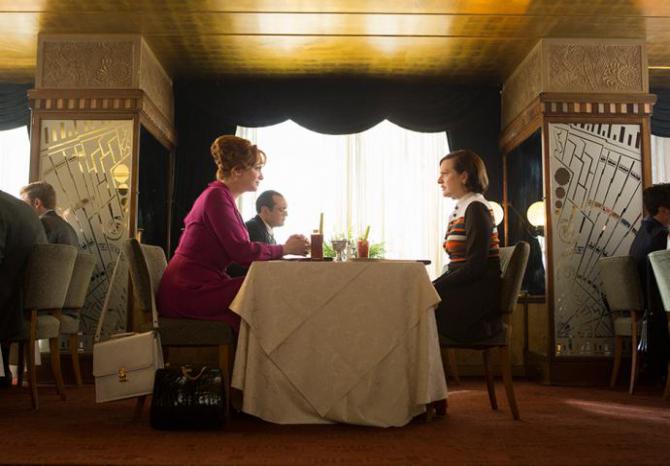 How to choose a best (or worst) moment from the series finale? Though Betty’s heartbreaking end is a “Worst” for sure, let’s leave off on a high note with the launch of Joan’s new production company, Holloway-Harris. When Joan asked Peggy to be her business partner we knew it was a little too good to be true, but seeing our two main Mad Women—more frenemies than friends, historically—raise their bloody marys to their two bright futures was an all-time Best, even if Peggy did ultimately stay at McCann. Cheers!

Kelsey Wallace is an editor and producer who's spent the past eight years looking forward to new episodes of Mad Men. Now she'd like to buy the world a Coke.

Annalee Schafranek lives in Seattle, where she's still on Pete Campbell Suicide Watch and holds out for Megan being murdered by the Manson family.