The 99%: Why the Real Housewives of Atlanta Aren | Bitch Media

The 99%: Why the Real Housewives of Atlanta Aren 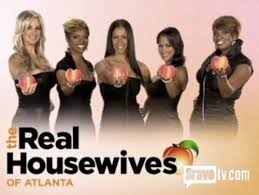 Within this all of this, the Real Housewives of Atlanta become caricatured and over-representative of what we think wealthy black women should look like.

The fact that Atlanta was chosen as the setting for the one Real Housewives series with a majority-black cast is no accident (just as surely as the DC housewives being majority-white in a mostly black city was no accident). “There is no major metropolitan area that has a better-organized black upper class than the city of Atlanta, writes Lawrence Otis Graham in Our Kind of People: Inside America’s Black Upper Class. “Exerting its power in the worlds of politics, business, and academia, Atlanta’s black elite sets that gold standard for its counterparts in other cities.”  Said one of Graham’s interviewees: “These people [the members of the black upper class in Atlanta] will stare you in the face after you’ve told them of your great accomplishments… and the only thing that will matter to them is who in your family went to Morehouse, and for how many generations your family has lived in Atlanta.”

One can’t help but feel the Real Housewives of Atlanta wouldn’t quite make the cut based on that description—yet these women are some of the few examples of black affluence that we see on television.  With so few shows having real racial and ethnic inclusivity, and with the wealth gap between white people and people of color continuing to broaden, this is a misrepresentation in several ways.

To quote from the blog What Tami Said, Housewives have become the center of problematic discussions around black womanhood and wealth—not just on the show, but certainly in the way many people talk about the show and perceive the women on it:

As far as I can tell, nearly all of the Real Housewives are bullying, narcissistic, back-stabbing, money-grubbing, cliquey, disloyal, arrogant, self-involved, willfully ignorant, poorly spoken, wasteful and tackily nouveau riche. It makes for good television. But the Orange County, New York and New Jersey wives are not seen as representative of white culture or white womanhood. They are not discussed using racialized terms. And no white folks are spending time being embarrassed by their hijinks. By contrast, the Atlanta dysfunction is positioned as uniquely black, confirmation of a host of stereotypes about poor, ignorant, urban people; loud, angry black women; and shiftless black men with myriad baby mamas.

Melissa Harris Perry also discusses this concept in Sister Citizen, regarding fictive kinship, defined as the reciprocal social and economic relationships within communities of color: “If one’s sense of self is connected to the positive accomplishments of other African Americans,” she says, “then it is also linked to stereotypes and other negative portrayals of that race.”  In other words, white women aren’t embarrassed when the Real Housewives of Beverly Hills behave badly, but women of color very well might be when the Real Housewives of Atlanta do the exact same thing. We see disproportionately few representations of women of color in popular television, with even fewer of wealthy women of color (the First Lady, Oprah, and a select few within the music and entertainment industries being the notable exceptions). White viewers have other images of white women to counter problematic ones. Black audiences have few such counterpoints.

The picture gets even fuzzier when you consider race and class.  Most viewers understand that the housewives in Orange County and New York City are not the “real upper class,” because we know there’s a different kind of white upper class that we see represented elsewhere.  The black upper class, though, is harder to find.  Even the fictional representations of black affluence that were on air in the 1980s and ’90s have become less visible.  Some of the most widely known and longest-running television shows featuring mostly black casts have told stories of affluence: the upwardly mobile entrepreneur on The Jeffersons, the doctor and lawyer parents on The Cosby Show, the mostly privileged college students on A Different World, the street-smart kid transplanted to a wealthy neighborhood on Fresh Price of Bel Air.  These shows didn’t ignore broader discussions of race and racism: The Jeffersons addressed the legacies of slavery and Jim Crow that had profound implications for the characters’ poor beginnings; A Different World dealt with race, class, and gender relations head on, discussing fraught subjects like date rape, the ERA, HIV/AIDS, and the Clarence Thomas hearings.  These shows set the bar high, not just in terms of diversity, but in regards to social commentary and humor generally.  Still, by virtue of their affluence, most of the characters represented a narrow facet of the black American experience.

Today’s Real Housewives, by virtue of their excessive wealth rather than mere upper-middle class stability, represent an even narrower demographic.  When one of the few shows that overtly portrays black wealth (Basketball Wives is another) is mostly a montage of “catfights” and shopping sprees, it is problematic. Without counterpoints, misrepresentations like these feed the narrative that black people “don’t deserve” or “can’t handle” money.

In Our Kind of People, author Graham describes the community of black elites in Atlanta. These families didn’t deal with sitting in the back of the bus (because they had cars) or segregated schools (because they went to private ones), but they still accumulated wealth in a divisive, racist society.  Their children belonged to Jack and Jill.  Their mothers went to Spelman and Fisk and their fathers went to Howard or Morehouse.  Both parents were members of black sororities (AKAs , Deltas) and fraternities (Sigma Pi Phi, the Guardsmen). These examples more closely align with what we think of when we consider the traditional, usually white, upper class in the US, and they carry connotations of respectability and prestige—but we don’t see this variant of black wealth.  We see the Real Housewives and, because of their shortcomings and the lack of alternate representations, feel free judge all black women accordingly.

None of this is meant to imply that the examples in Our Kind of People are somehow better than others because of their exclusivity (they aren’t), or that wealthy black Americans don’t face racism (they do, all the time), or that affluent people of color enjoy the same level of class privilege as their white counterparts (they don’t), or that we should pity the very rich Housewives who don’t meet the class hierarchical criteria of an old vanguard (we shouldn’t).   But the way women of color are represented in our culture is so very flawed that we really must consider the ways social class plays into these harmful stereotypes in order to thoroughly unpack the racism at the core.

So, what’s the biggest problem?  That people of color in this country are disproportionately poor, while people on television are disproportionately white and wealthy?  That the Real Housewives are turned into representatives for all black women?  That we don’t see more representations of black wealth to counteract what is shown on reality television?  I don’t know, and I don’t know that scrapping the entire Real Housewives franchise once and for all will fix things.  But I do know that this show (and the racist discourse surrounding it) does a disservice to all women, but particularly black women, and to black Americans of all socioeconomic backgrounds.

I absolutely agree with you, except for one thing. I am embarrassed by the behavior of all of the women on these types of shows as representatives of "successful" women in our culture. And the fact that they are celebrated and considered role models of achievement in our culture is depressing and says so much about our country. Being famous and wealthy are the two things young kids want to grow up to be now. They see the bad behavior of these women, as well as the behavior of people on Jersey Shore, Bad Girls Club, etc, and they think that is the way to act to be popular and successful and it is depressing. We need to provide better role models for all of our kids and stop glamorizing the bad girl/bad boy stereotype. I wish we had positive and equal representation for all of us on tv, but unfortunately Hollywood has learned that they don't have to play fair, scandal sells and bad behavior = ratings. :/

As a father of two beautiful black american girls I must say that your article is right on point. American society is full of negative stereotypes of black women and it is sickening. I wonder when will we collectively began to push back and demand a true portrayal of all of the wonderful black women who are intelligent, articulate, educated and professional. It is way beyond time that we bagan to shape the daily discourse of our own unique cultural experiences and/or reposition ourselves as a group to define who we are not only as black men but to the contrary in suppor of our black sisters. Bravo.....for an article well written and definative of a current challenge in our community.

Firstly thank you ,
It is beautiful to see people talking about positive stereotype's instead of the negativity i see everywhere directed at black people in society as a sociology , psychology degree student i discuss this topic daily and at a predominately white university it is a real issue for all black people but especially young black people , to instill there are several ways of becoming successful ,in life and achieving not just going into media industry . And as we live in a western society is is a major issue for white people also understand cultural diversity and not expecting other people to lose there cultural affiliations just because your in western society - regarding assimilation

Great point, but I'd also like to point out that this skewed view of women of color in American media extends out into the international arena as well. Many television shows are syndicated and broadcast overseas, probably not RHOA but there are others. As a woman of Italian and African American descent, it can be difficult dealing with stereotypes being reinforced by my own country. I remember in my childhood my Italian grandmother would fondly recount watching episodes of the Cosby Show, and it made her feel good because it depicted a well-to-do black family. There is no such television program that depicts a classy, respectable, professional black woman or black family. Black women aren't all Naomi Campbell-violent, or over-weight and belting gospel songs, or poor and on welfare while raising 6 children on our own. It's quite frustrating. 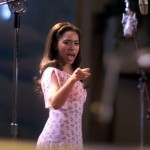 by Veronica Arreola
Set in the South Bronx in 1977, the show is about teens who want to make the most of their lives in the disco era.