The 99%: The (Class) Difference Between | Bitch Media

The 99%: The (Class) Difference Between 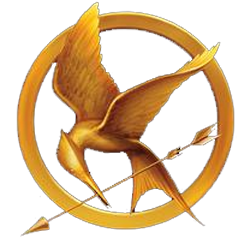 This is the second of two posts comparing the use of class difference in the Harry Potter and The Hunger Games series.  Part one focused on Harry; today will focus on Katniss.  Also, spoiler alert.

While Katniss begs, borrows, steals, and kills her way through the series, we, as the reader, don’t know how much we can or should trust her.  She’s a much more ambiguous hero than Harry Potter; we’re never quite sure how manipulative she’s being, or whether or not her actions are actually justified.  This is because Katniss’s actions are largely a response to her own oppression, while Harry’s aren’t.

Harry is the hero of his story because of something he unknowingly did as a baby, simply by surviving.  There’s a sense of destiny and prophecy being fulfilled as he fights Voldemort.  Katniss, in contrast, becomes the hero through her own bravery, elicited by the literal luck of the draw.  It’s a role she buys into in stages, and has thrust upon her in some ways—and it’s frequently unclear the extent to which she’s a figurehead being used by people with real power, and the extent to which she’s truly inspiring and leading.  All of this makes Harry more lovable than Katniss, but less relatable.  Real life heroes aren’t born as such; they become that way.  Whatever growth Harry goes through (and it’s a lot), he still is, first and foremost, the Boy Who Lived, through no intention of his own.  Katniss, instead, is the Girl on Fire, a role she deliberately chooses to fulfill.  I think this difference is a reflection of her upward mobility, her rise from oppression to freedom.

Ultimately, though, The Hunger Games isn’t just a story of survival; it’s a story of popular uprising and revolution.  When we first meet Katniss, she’s a starving young woman, forced to break the law to feed her family after her father dies working in unsafe conditions.  Her community of District 12 is kept in ignorance from the goings on in other districts because the media are controlled by the wealthy, remote, elite Capitol.  Yes, Panem is a futuristic dystopia.  But lack of food, lack of respect for workers, and concentrated power and control of the media?  Those things are real.  (Of course, then in The Hunger Games, the poorer districts are forced to send young people to fight to the death.  This part is fictional—unless you count the heavy military recruiting in lower income communities.  I’ll let you decide.)

The Hunger Games trilogy was first published in September 2008, the same month our economy began collapsing before our eyes and the first TARP relief was passed.  Are we surprised these books found such resonance for adults, as well as teens?

Generally, though: why compare Harry Potter and The Hunger Games at all?  I’ve not initiated this comparison to say that one is superior to the other; each series is completely endearing and wholly addicting in its own way.  I’ve brought them together to look at the different ways these series teach lessons to young people about social class, privilege, character, and the growth of heroes. Harry and Katniss are very different heroes because they live in very different worlds.  But if I had to guess whether most people felt their world more closely resembled the private boarding school with clear-cut lines between good and evil, or the dystopic district with frustrated and struggling neighbors, I’d say there’s a real reason Katniss’s mythology has captured audiences as thoroughly as Harry did in his more prosperous heyday.

Previously: The (Class) Difference Between “The Boy Who Lived” and “The Girl on Fire,” Part One, We’re Not Broke

Did you mean "Are we surprised these books have found such resonance for adults, as well as teens?"

I completely agree. I was hesitant to read this book given my age of 24. I was skeptical as I assumed it was a book for teens. However, I couldn't put the book down until it was finished. I think the two books can be compared. Have you thought about the idea that one is a male hero, and the other is female? That it was kept me interested in The Hunger Games. I loved the idea that the hero in the story was a bad-ass chic who wasn't handed anything, but earned it. I have not yet started Catching Fire for fear of a love story taking the place of Katnisses brave and feminist character. On the contrary, I did fall in love with the love story in Twighlight. Maybe I should let go of my constant notion that as a feminist, I can't become smitten over fictitious vampire relationships, or Katnisses brave character becoming sappy over Peta...

Oops! I must have been seeing things. My apologies-

Thanks for writing this. I love Harry Potter and I think the fact that it is so easy to tell good from evil makes it significantly less complicated to me. I just enjoy it, for the most part. However, The Hunger Games is so much more complicated and challenging for me. Especially the third book, when Katniss is struggling with being a symbol for the revolution, but not a leader and without being given all the information. The complicated gray areas make it more interesting, but also makes my feelings about the series both positive and negative.

I guess you could say that the one book serves as an escapist utopia (a person living under horrible conditions, quite literally held down by people who have everything they want out of sheer contept, goes to a magic place where everyone thinks he is a hero), the other as something like a acknowledgement of the horribleness of one's existence (yes, there are rich people living off your work and no, they don't care for you). That said, the initial set-up of the story appears in books meant for widely different audiences, at least regarding mental capacity, since at least the first parts of Harry Potter are clearly children's books, whereas I'd never give a six-year-old The Hunger Games to read.
I have to say, although I enjoyed The Hunger Games, I found it pretty irritating that Katniss was going on and on about how everything was her fault, although she was basically always just reacting to situations other people's malice put her into. Maybe I'm missing something here, but that just seemed so... over the top. Also, the end of the book was simply weird. The whole suicide mission seemed so pointless and not at all related to what she had done before, which made me wonder if Collins was just looking for a way to kill beloved characters off (kind of like Harry Potter, by the way, except there at least it made some sort of sense).
Sorry for going off-topic.

"Of course, then in The Hunger Games, the poorer districts are forced to send young people to fight to the death. "

I'd like to point out that ALL, not just the poor, districts are forced into the Hunger Games; it is only the Capitol itself which is spared. This is not to argue with the point of this piece; I actually think acknowledging the relative wealth of some of the districts helps the argument. After all, those from wealthy districts are "Career Tributes," trained and better equipped to deal with the Games. They find it an honor, rather than a horrible tradition, probably because they have the privilege to do so.

The people from these wealthier districts, I'd also like to point out, are some of the whitest characters we meet in the series. In contrast, the poorer districts are darker (though many are still white), so there's a definite race discussion that needs to be had here. Furthermore, it's interesting that in District 12, the poorer people are segregated into the Seam - and they tend to be more darker skinned than their less poor counterparts in the merchant area. And on a wide scale, those in District 12, who we have to keep in mind are still white, even though they are "different shades" of white (if you will indulge my terrible rhetoric here), are treated quite well by their Peacekeepers - while those in districts that are predominately dark-skinned (District 11, for instance) are treated quite terribly, with violence being common.

So, the poor in District 12 are darker than the "wealthy" there; and the whole of District 12, even the poor, are whiter than those in districts treated violently, while the whitest characters of all are in districts with enough privilege and favor from the Capitol that they are Careers. hmmm....

I just read book 1 and about to get the second. I really forced myself to read the book, I didn't like it much. Or maybe the fact the Katniss was telling the story. She is complains and moans at you at every turn. Her voice is annoying and her tone makes me want to scream. She tries to hard to be a cool and strong and steady of just being. When she is more real, like the relationship between her and Rue and her and Peta, I like her more because her real colors are showing. She doesn't want to be a cold and emotionless and when she is, there is an air of fakeness that I despise. When she is feeling, in pain, and dealing with the struggle unlike thinking she is above it, I enjoy her a lot more. I can't sympathize with her at all because when she is starving but I can with her mom. Katniss pushes her mom away because she cam e depressed after the death of her beloved.

Yes, the mother shouldn't have done that and it wasn't right for Katniss to have to grow up so quickly and provide for the family, but she wasn't the only one. She wasn't the only on starving, the mom barely ate as well and I;m thinking it was to save up food for her kids. Her depression is look down upon as weak and shameful while Katniss was the real woman and sucked it up and went on. She has no sympathy for her mom who just lost the man that she gave up everything for. Katniss's actions, her betrayal, her anger, is all "justified". She is always in the right and her opinions are right. Everyone else needs to earn Katniss's approval to be right or at least worth mentioning. She is self absorbed. Despite neing a strong character and I have to admitt, she is smart and cunning but I don't like her.

Side note: Did any thing of slavery with district 11? Rue and Thrash are black( as well as their families) and they pick food and grow plants. If they don't work, they get whipped. I thought that was a nice little literal metaphor.

Relevant: Millions of American Women Are Forced to Work While Sick—Including Hillary Clinton 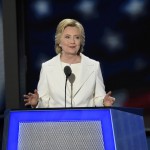 by Everett Maroon
The candidate's pneumonia shows why sick leave is a feminist issue.