The Biotic Woman: In Praise of Sistah Vegan | Bitch Media

The Biotic Woman: In Praise of Sistah Vegan

For a long time, one of my favorite vegan thinkers has been A. Breeze Harper, author of the Sistah Vegan website/blog and now the author of her newly released book of the same name—out this month! Harper also contributes to the Vegans of Color blog—see my last post for a Q&A with the blog’s founder—and perhaps not surprising when you consider her blog/book’s name, her work centers on the intersections of racial identity, gender identity, and veganism in the U.S.

I’ve been quite taken with Harper’s work for a while, but the book takes her thoughtful analysis—and that of others—to a whole new level. In the book’s introduction, Harper writes about her journey to practice ahimsa-based veganism as a working-class Black woman. She cites reading Black feminist writers like Audre Lorde and bell hooks and incorporating their work with that of writers and thinkers like Jiddu Krishnamurti, Dick Gregory, Marjorie Spiegel, and Queen Afua to bring her to own space as a writer and researcher.

Sistah Vegan is not about preaching veganism or vegan fundamentalism. It is about looking at how a specific group of Black-identified female vegans perceive nutrition, food, ecological sustainability, health and healing, animal rights, parenting, social justice, spirituality, hair care, race, sexuality, womanism, freedom, and identity that goes against the (refined and bleached) grain.

From Layli Phillips’ essay “Veganism and Ecowomanism,” which explores the definition of both words before examining Phillips’ own experience practicing both, to numerous essays that break down the damage processed foods can cause over the long term, the book is full of both personal journeys and information that can be used to make empowering choices about consumption. It even includes an afterword by Aftershock author pattrice jones, in which jones praises Harper’s collection by saying: “By presenting veganism as a Black feminist and antiracist practice, this book illuminates inconvenient connections that the feminist, antiracist, animal liberation, and environmental movements have too long ignored.” Indeed.

For a short Q&A between Harper and I, pick up the issue of make/shift that’s hitting the shelves this month! And go grab a copy of the book to support awesome intersectional work that explores everything from the environment to animal welfare to racism. And, until April 1, enter for a chance to win a copy of the book by leaving a comment on Harper’s blog!

Really glad to know this is out there. Thanks!

Sorry I am a it late and I hope you had much success with your book. 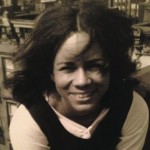