The Biotic Woman: What Natural Disaster Means for Chilean Women

Chile has made a lot of progress since the brutal and repressive Pinochet era. After electing their first female president, Michelle Bachelet, in 2006, women have risen to power as grassroots community organizers in record numbers. But Chile has one of the largest wage gaps among South American nations, which has remained difficult to combat, even with a woman at the nation’s helm.

Most of us know that when economic conditions are at their worst, rates of domestic violence also rise. Spousal and partner abuse in Chile is such a widespread problem that it warrants its own wikipedia entry, and earlier this month, Chile’s National Service for Women called for stricter laws against femicide—the murder of a female partner—than homicide, since many domestic disputes end in the death of the woman. See Chilean domestic violence PSA below:

Chile also has one of the highest abortion rates in Latin America, though appallingly enough, abortion is illegal thanks to a law enacted by Pinochet before he finally relinquished power in 1990. Chile is one of only four Latin American countries where any type of abortion is illegal, even to save a woman’s life. As you can imagine, the complications that crop up when basic health services are pushed underground are rampant in the country.

Unless you’re in a self-imposed media blackout (and then, well, you wouldn’t be reading this), you’ve likely seen photos and videos and heard reports about the devastating earthquake that rocked Chile’s western coastline earlier this weekend. While other natural phenomenon occurred this week—Antarctica lost a chunk of iceberg roughly the size of Luxembourg, and tsunami alerts were in effect for nearly every island and coastal region touching the Pacific Ocean—Chile seems to have sustained the greatest media interest. Due to the time difference between my home in Denmark and Hawaii (nine hours), I even had the eerie experience of watching CNN report that evacuation alarms hadn’t been sounded yet in Hawaii because they didn’t want to cause chaotic panic at 2am. Yet, they believed the threat was eminent. Talk about bizarro broadcasting.

But with everyone talking about Chile and after receiving an email update from a friend who recently moved there to be with her girlfriend, what I began to consider was what was receiving considerably less attention: the ways natural disasters are often gendered, with women facing aid discrepancies at every step of the recovery process. Particularly in areas that are already impoverished, there are simply fewer opportunities to rebuild after a disaster. If women are already largely shut out of the more lucrative jobs, this continues the cycle of poverty. Women are often the ones overburdened with domestic responsibilities and largely responsible for caring for children and the elderly, which is also exacerbated by catastrophe. Often overlooked are reports of sexual violence following a disaster, but much like rape and sexual torture are weapons of war, they are also employed in the aftermath of disasters, connected with looting and other violent crime that rises during such unrest.

Natural disasters aren’t avoidable, and the jury (at least a few of its members) is still out on just how strong the connections are between rising global temperatures and the rise in natural disasters. Still, it seems worth noting that doing our part to end, if not reverse, climate change is a solid strategy regardless of how many catastrophes it may or may not prevent.

It’s my job to be here to write about the ways the environment and women’s issues are inextricably connected, and the disaster in Chile is an unfortunate but perfect example of how these connections often go unrecognized by the mainstream media. Does environmental destruction affect women globally? In more ways than we can ever imagine. Will relief workers and those providing international assistance recognize the gendered needs of Chile’s people in the earthquake aftermath? Sadly, I’m not holding my breath on that one.

Women are impacted differently than men by natural disasters and play a very important role in developing mitigation strategies by Janice Duddy, AWID

Relevant: Fighting for the Future 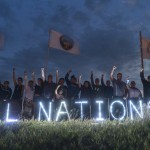 by Vivian Underhill
Hundreds of indigenous activists camped out at Sacred Stone are ready to give everything to protect the land and water.