Goal
To induct celebrities and public figures in the Bitch Living Fossil Hall of Fame. A celebrity is placed in a category in relation to their revolutionary progress or arrested development. The person nominated need not be living! Keep a light heart in the process.

One Trick Pony
The One Trick Pony is undeniably but narrowly gifted with one original “trick”. It is sure to ascend to celebrity but is then doomed to fade, before long, into obscurity on a schedule tied to its fans’ attention span, as its novelty is at first noticed, then gains favor, rides a wave, and eventually grows tiresome. Fans
eventually lose interest and, like a crow, turn to the next shiny object that catches their attention.
>>Examples: Arsenio Hall, Bob Hope, Vanilla Ice, Britney Spears

Train Wreck
Train Wrecks are One Trick Ponies who see their imminent fall coming and, in the desperation of knowing they don’t have another trick to offer up, they postpone their fall by finding a way to make a spectacle of
themselves.
Train Wrecks engage in humiliating side-show activities that have nothing to do with their art, but which instead highlight flaws and disasters in their personal lives. Their objective is to distract fans who have a growing realization that the celebrity’s original “trick” is getting old, and that they have nothing for an
encore.
If the Train Wreck fails to deliver regular teasers AND, eventually, a bona fide melt down, bloodthirsty fans eventually lose interest and move on anyway.
>>Examples: Anna Nicole-Smith, Michael Jackson, Britney Spears, Paris Hilton

The Shit
Also known as “Living Fossils”, The Shit are One Trick Ponies on steroids. They demonstrate raw talent, raw star power, charisma and native ability so colossal that it cannot be denied, made obsolete, or duplicated. The Shit are such masters that their shine just refuses to fade.
The Shit do not need to add variety, change with the times, or be on the lookout for newer and flashier ways to do what they do. They just continue to do that one trick, and it continues to delight us, and they do it better than anyone else, whether others read the
futility of the situation and just leave the Savants alone, or try to compete with the Savants and are tossed aside like flotsam.
>>Examples: The Rolling Stones, Woody Allen, Dolly Parton,

Shape Shifter
To hell with artistic integrity and individual identity and dignity! Clock the enemy (the cubs of the New Order), then try to “pass” by being more like “them” than they are. Shape Shifters pay attention to what is currently fashionable, and they make use of it. They do not imitate other celebrities or steal from them, so much as they create something new within the context of what is already fashionable. So while it is
not dishonest, and while it may APPEAR edgy, it is safe, ordinary, and accessible. It does not challenge the fans, or ask them to step out of their comfort zone to appreciate it. Once the layers of bullshit are peeled off, boring. In the end, failure of Shape Shifters is likely, and the serial Shape Shifter will ultimately seem more desperate and pathetic than the One Trick Pony who has undergone a natural, but dignified decline to obscurity.
>>Examples: Elvis, Madonna, Justin Timberlake

Star Child
Innovation is the most difficult path because it requires a lifetime of integrity, courage, creativity, and risk. In brief, holding on to relevance with innovation is accomplished by being a part of the creation of tomorrow’s style and fashion rather than reflecting today’s style and fashion. It demands that the celebrity position themselves in that uncomfortable place just a bit ahead of the curve and ahead of their
audience, rarely giving the audience what it wants or what it has had before, but instead challenging it to move forward, into uncharted territory, to find something new and fresh that the Star Child has to offer…something they will eventually find has real substance and staying power.
This kind of celebrity is always a little bit of a mystery and an enigma to fans. We are always a little bit uncertain about them, wondering what they are going to do next, where they are going to take us. Will it work again? Or will they bomb this time? They have to grow and grow over the years. They have to know and pay respect to fashion and trends, adapting and incorporating from it enough of it to keep the masses engaged, but never becoming a slave to it.
>>Examples: Bjork, The Beatles, Virginia Woolf

Hybrid
Any combination of the above Categories. In the real world, who is any one thing?

Wild Card
Does your celebrity defy all of these categories? Is there somewhere she’d be more ‘at home’? The Wild Card category allows you to create your own. Give it a title and go to town!

How to submit
We’d like to invite you to bring your own favorite “living fossil” candidate to the table by doing the following:

Her name is Britney Spears. This article is a sad example of the attention that isn't paid to internet journalism.

<p>I'm the <a href="/profile/briar-levit">Art Director for Bitch</a>, but periodically offer my opinions here on the blog. When I started blogging, I made a point of mentioning that while I may not be a writer by trade, that I hoped people would enjoy my tidbits and opinions nonetheless:</p><blockquote><p><i>I do want to clarify one thing from the start—I’m not a writer—I’m a designer, art lover and sporadic reader. The reason I want to disclose this up front, is because, frankly, I’m a little nervous about authoring a blog. That said, I also hope that the this particular Bitch blog will be heavier on the images than on the words.<a href="/post/introducing-smart"> http://bitchmagazine.org/post/introducing-smart </a></i></p></blockquote><p>I suppose we could have a debate about the nature of various types of blogging versus hard journalism, but I doubt either of us would emerge feeling much differently. So instead, I'll just say sorry I have offended you so very deeply, Anonymous. </p>

Hey! So what if this isn't "hard internet journalism"? No, it isn't a typical post discussing vast and weighty issues, but there's nothing that ought to prevent Bitch and its writers and readers and bloggers from having a little fun. We're feminists criticizing, examining, analyzing and transforming media, but I believe that as participants in culture we can do so while enjoy ourselves, as well.
And let's face it: so often, people in general and women in particular are so often encouraged to rip at one another - let's not tear at each other here simply for something that I find immensely enjoyable!
I've only recently started a blog and responding to other blogs myself, and it can be a little nervewracking, and somebody who's not a writer by trade shouldn't be made to feel guilty for exploring words! Sorry if I'm offending you, Anonymous, and I appreciate your own commitment to serious journalism, but I believe part of artistry is a sense of play.
And Briar, thank you for this post! Please, keep blogging!

Oh, Garrison Keillor!
There are some living fossils one can classify as awesomely monstrous - our dear Britney at times resembling a terrified lapdog, the formaldehyde reek of the Rolling Stones, the scary coelocanth fish - but others who are gracefully antiquarian, pure, windswept and still standing, like the gingko tree. And Garrison Keillor.
Among other sounds like creaking stairs I've known the radio-wave of his voice for as long as I can recall, as my parents were avid followers, but he's been broadcasting for a decade longer than that, nigh on 35 years. The man's a talking dinosaur, to be sure, but a friendly and genius one.
Of a category into which he'll tumble, I'd say the The Shit: he's never changed his form or probably his necktie, but he's out their glowing with no sign of stopping. Furthermore, he's a throwback who's cultivated throwbackism; his entire trick is the resurrection of an art which no longer exists, the 1930s and 40s radio variety shows of which old people rhapsodize when condemning today's crap song. 'A Prairie Home Companion,' his petrified but lively creation on NPR, features an abundance of live music, comic skits, long-winded adventures in the midwestern fantasy town of Lake Woebegone, which I want to visit, poetry and fake commercials... Let me cite examples:
- sponsorship from Bertha's Kitty Boutique and the Catsup Advisory Board, pushing the condiment's "natural mellowing agents'
- the opera "I am a tenor, my voice is marvelous, you couldn't sing like this, not in a million years... you'd never guess... I'm from the Midwest!"
- that time the pontoon-boatload of Lutheran ministers got dumped into Lake Woebegone, or when Carl got bitten by the dog, made it eat raw oysters and blamed for ruining a wedding
- The Beebop-a-Reebop Rhubarb Pie song, to which I have choreographed a dance.
Plus he's a liberal who sponsored Obama! Plus he wrote a book about being a country Democrat! Plus he tells dorky jokes:
So, a neutron walks into a bar, orders a few tequilas, and gets pretty smashed. Looks up, slurs at the bartender, "What do I owe ya?" And the bartender shrugs and says, "For you, buddy, no charge."
See? Oh, a toast of very, very well-aged wine to Garrison Keillor, and may his broadcasts only fossilize more and more and more....

Every time she snorts herself to skinny, heroin-chic skankiness she ages at least five more years ... right alongside her "friend" Samantha Ronson. Tina Fey was right ... she just looks ..."old."

Oh god... okay, I know most people hate her and her 'stunts' and generally I think shes pretty stupid, but... she gets a lot of criticism for the whole head shaving breakdown and the 'craziness' that followed, but I feel I should defend her and that action because of how close that behaviour appears to be due to bipolar depression disorder. While many thought that the talk of mental illness in the tabloids was also a publicity stunt, those with some background in psychology may see that kind of behaviour as evidence of a manic episode. As someone with a mental disorder who already feels the stigma from those who misunderstand mental illness, I wanted to let others know that while some of her behaviour may very well be for publicity reasons only, some of that behaviour suggest a very real, and distressing experience of mental illness.

At one of our magazine release parties, <i>Bitch</i> had a Pop Culture Debate Club, with the topic of Britney and whether she's responsible or not for her situation/actions. I took the opposing side to your argument (as often in debate, you don't get to choose your side). It was a challenge and I think we all had fun. Check it out:
<a href="http://www.youtube.com/watch?v=R_4Nxu0D4jw">Britney Spears: Pop Culture Debate Club</a>

Relevant: 5 Podcasts to Listen to for Black History Month 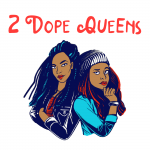 by Sabrina Nelson
This month (and every month), tune in to these five podcasts, all started and hosted by Black creators.