Applauding the Bootylicious Feminism of Beyonce and Josephine Baker 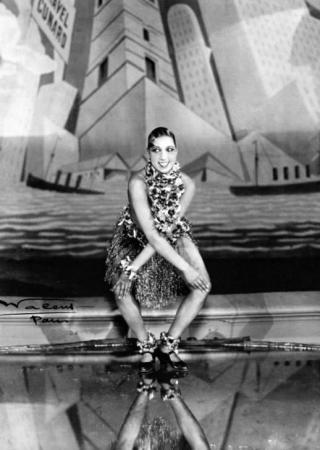 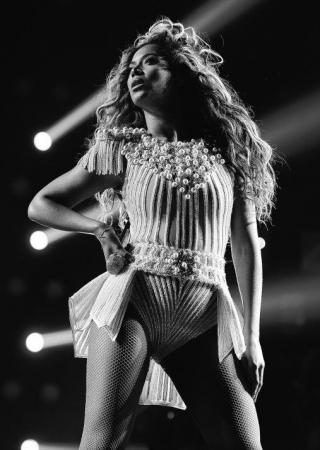 When Beyonce’s fifth studio album dropped late last year, she nearly broke the Internet. It was an epic reconnaissance created by a pop queen determined to flex her might as a self-possessed businesswoman—someone who knows that her brand is dependent upon her celebrity status, and vice versa.

Beyonce’s self-titled album is the the fruits of a perfectionist’s labor, pulsing with frank commentary on sexuality, relationships, love, motherhood, and—most controversial of all—feminism. Despite her conscious decision to push feminist ideologies, which is glaringly obvious with the inclusion of Chimamanda Ngozi Adichie’s Ted Talk entitled “We Should All Be Feminists,” critics and the public alike often refuse to believe that someone who declared that her body is “bootylicious,” can be worthy or recognized as a feminist. Acknowledging and celebrating one’s sexuality, especially if it results in personal pleasure, is grounds for disqualification in the Feminist Olympics.

We want a Beyonce that brings unparallel athleticism and hip-winding sensuality to each performance, yet this same aspect of her signature showmanship can be used as a scapegoat, a flimsy way to implement the stereotype of a black jezebel. Take for instance her recent performance at the Grammy’s. Enraged parents, operating under the agenda of defending decency and sound morals, went on Twitter to condemn the performance. Thus, the “authenticity” of Beyonce’s feminism is often questioned and hacked apart based upon racy lyrics. Interestingly enough, this type of body-centric criticism is nothing new. These criticisms have been recycled and remodeled for each generation of female entertainers who land in fame’s fickle spotlight.

The hubbub over Beyonce’s morals is reminiscent of the first African-American woman to become a world-famous dancer, Josephine Baker. Unlike Beyonce, Josephine Baker never received much praise from the American media—but audiences loved her. 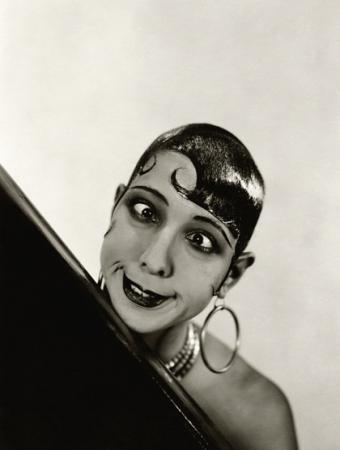 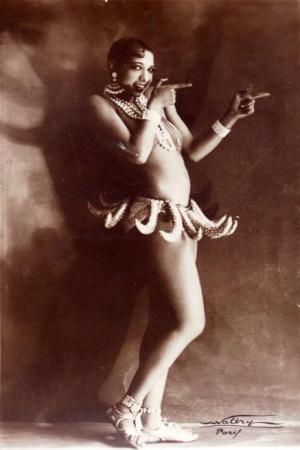 Josephine Baker, in a photo published in Vogue in 1934, and in her signature banana-skirt (via Wikipedia).

Born in St. Louis in 1906, Baker spent her early adolescence as a child of the streets, scavenging for food whenever possible. Later, she embarked on a national vaudeville tour with The Jones Family Band and The Dixie Steppers. Following success in New York at an engagement at The Plantation Club, she left the States and ventured to Paris, where here career and visibility jumped into high-octane fanaticism. She became infamous for a routine that involved wearing nothing but a skirt strung out of bananas. Beyonce paid tribute to Baker by donning a replica of the skirt at Fashion Rocks in 2006. 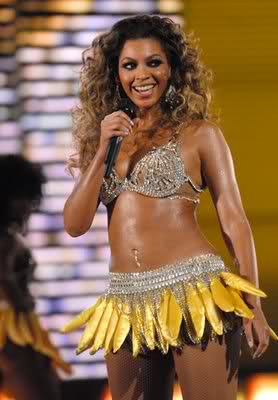 While she was a sensation in Europe, American critics were absolutely appalled by Baker’s provocative, skin-baring routines. In 1936, she returned to the States to star in the Ziegfield Follies and the New York Times branded her a “Negro wench.” Heartbroken and shattered by the negative press, Baker went back to Europe. She served France in World War II as a spy and a sub-lieutenant in the Women’s Auxiliary Air Force. She also adopted a band of children affectingly referred to as “The Rainbow Tribe.” Baker’s political activism and her bohemian lifestyle were seen as mutually exclusive, yet it was her refusal to become a wilting flower that made her worthy of stardom. Later in life, the entertainer became the only woman to speak at the March on Washington.

Both Beyonce and Josephine Baker’s career are inevitably tied to race and therein lies the Catch-22 of their sexuality. Why is a woman’s appreciation for her body and her astronomical levels of self-confidence painted as indecency and immorality? We want to simultaneously frown upon and marvel at the exhibitionism of pop stars.  Not only does Beyonce's support of feminism lead to a backlash policing her choices as a woman, but as a black woman.

Recently, I was at a party and started talking with a young, liberal, middle-class white man about feminist politics and pop stars. He compared Beyonce’s scantily-clad dance routines to Sarah Baartman, claiming that her image was a modern, self-inflicted version of the “Hottentot Venus.” He was incredibly taken aback when I pointed out that Beyonce has something that Baartman never had: agency. Baartman was brought to the Western world as chattel, as a piece of property meant for public exhibition, like the main attraction at a freak show. English men and women marveled at her “unusual anatomy,” robbing Baartman of her rightful humanity, reducing her to her anatomy. His analogy completely dismissed the history attached to Baartman, as he equated the showing of skin as fetishization.

That’s much the same view that critics of Baker held 70 years ago. Her chosen form of artistic self-expression was mocked by her native country, clinging onto the notion that her dancing was one step above pornographic. Her sexuality was viewed as something shameful, a way to deflect a country’s racism.

When Diane Sawyer interviewed Beyonce following the release of B’Day, Beyonce explicitly cited Baker as one of her idols:

In Chimamanda Ngozi Adichie’s Ted talk, she ends her speech with the definition of a feminist: “A person who believes in the social, political, economic equality of the sexes.” Baker, with her unconventional life and her relentless pursuit of her passions, continuously acted on principles that fall under this concept. Beyonce may expound upon the benefits of a “freakum dress,” but this is not tangible or even circumstantial proof of someone who champions the social, political and economic equality of the sexes. Why should this definition include what kind of clothing or the amount of clothing a woman chooses to wear? Why should Beyonce, who penned an essay succinctly named “Gender Equality is a Myth” for the Shriver Report, have her activism discredited?

The fear of the female body would be almost comical if it weren’t for the accompanying hungry mob of close-minded pitch-forked crusaders. If history is any lesson, those critics aren’t going away any time soon.

Related Reading — All Hail the Queen: What do our Perceptions of Beyonce's Feminism Say About Us?

This article is great and i appreciate the perspective. Feminism struggles with female sexuality for all sorts of complicated and very legitimate reasons. It is important for us to recognize that female sexuality itself is not evil, it is the co-opting and exploitation of it that causes problems.

I wonder though, about our holding beyonce up as a feminist icon in light of her seemingly tacit approval of JayZ's misogynist and violent attitude exhibited in his lyrics. I would say that she is not responsible for the actions of her partner except that she stood in a stage and sang it with him. What we really need is feminists icons who stand up against this kind of thing no matter what the cost.

I agree. I am very surprised to see a feminist publication discussing Beyoncé's performance at the Grammys, including reflection on how her lyrics were dissected in rebuttal of her feminism, without making mention even of the fact that lyrics used by her husband involved in that very performance sexualised and glamorised the horrendous, brutally relationship abuse of a star of similar iconic stature. It looks strange to me. Surely violence against women is an issue at the heart of all feminism?

Josephine Baker's take on sexuality and race was indeed daring and innovative. In contrast, Beyoncé's take feels derivative at its best, and exploitative at its worst. Kinda like the difference between wearing a banana skirt in 1934, and wearing one in 2014. With artists like Grace Jones and Janelle Monáe, what is the artistic innovation in Beyoncé's work? Is her brand of feminism important just because it is commercially successful?

I agree. I feel like Beyonce isn't about feminism so much as promoting herself. What she stands for is more about making money than promoting any ideas about female worth and agency. I would say that right now, parts of her album align with feminist thought, but I wouldn't go further than that.

Let me pose a question to you. What makes Grace and Janelle's brand of feminism more important than Beyonce's? Why is her feminism disqualified because she likes to bare her skin?

What Beyoncé wears is truly unimportant. I am criticizing the vapidity of her message. Grace Jones and Josephine Baker also liked to bear skin, but they also had important things to say. I expect more from feminism than some poorly written essay published online, and a couple of feel-good songs. I'm not saying that these things don't matter at all, but there are women, even in entertainment, who are doing much more important work. 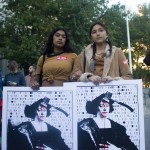