The Box's Crush of the Week: Neil Patrick Harris

How I Met Your Mother’s Barney Stinson is the best reason to turn on your TV on a Monday night. He’s crass. He’s selfish. He’s a capitalist. And his way with women makes Sam Malone look like Lloyd Dobbler. So why is this feminist crushing so hard? Because while Neil Patrick Harris’ comic ability makes me laugh at Barney’s sexist jokes against my will, his dramatic ability evokes sympathy that I’ve never come close to with previous TV Lotharios.

Do you see it? The insecurity lurking behind the bravado? The sweet, chewy center within the womanizing shell? That’s NPH taking a played-out male stereotype to a new level. And people love it. Not only does Barney Stinson have a popular blog on cbs.com (he’s always bugging his fictional friends to read it), he also has multiple fan sites where enthusiasts discuss their favorite Barney moments and quotes. But the fact that Neil Patrick Harris is openly homosexual doesn’t come up much in the comments. In fact, Harris’ homosexuality seems to go so well with his tongue-in-cheek masculinity that most fans forget about it.

That’s probably why he’s even more “masculine” when he’s playing himself. His turn in the Harold & Kumar movies as a club-drugging, seat-humping, hooker-branding version of himself was every bit as funny as it was disturbing. And his endorsements of Old Spice cologne show that the brand is only too happy to have the debonair NPH shill their manly brand. Who cares if they have to get some other guy to kiss the girl?

Note: This video is an ad.

I’m going to posit that Neil Patrick Harris is this century’s answer to Cary Grant. He brings a self-awareness to his performance that allows us to understand, appreciate, and even crush on characters who would otherwise be written off as casualties of dudes-are-like-this/chicks-are-like that writing. He shows us that even stereotypical men can have a softer side, even while they’re doing their damnedest to man up and hide it.

Say what you will about Barney Stinson, but NPH is a total dreamboat.

nph is the only actor i had a crush on as a kid, stopped having a crush on, and then developed a totally new crush on.

i'd like to see this shoe fairy footage. i think how i met your mother is really good in general, but nph is a bright spot on everything he does these days.

Oh yes, I'm serious. He was good in that greatest of Paul Verhoeven films.

I can see why some people have read Dr. Horrible as sexist. There was such a dramatic twist on the hero and villain archetypes, but a much more straightforward portrayal of the lady love interest.
However, I think it's significant that Penny was heading a cause to help the homeless because she was brave enough to believe she could make a positive change in the world. Dr. Horrible was attracted to her optimism, but only expressed pessimism about the future. She fell for The Hammer because he appeared to be as optimistic as she was, but she realized too late that it was just an act.
Still, Penny's ability to believe in a cause and truly commit to it is extraordinary in the context of the story. She was the only one who was actually doing good. By that measure, she's the strongest character.

I agree with "Erich" about Starship Troopers. I think that was his first major turn toward the next level of acting. I wonder if his Doogie days hold up.

I see How I Met Your Mother very different from you...I watched one episode and was appalled at the sexism. Just because nph has "comic ability to make you laugh against your will" doesn't mean it's a reason to praise the show. I appreciate your insight, but you said it in so many words; you know you shouldn't be laughing at the jokes. Which means there are many people out there simply laughing at the jokes and not thinking twice...and that's why I can't stand the show. It's one more medium in pop culture allowing misogyny to steer its comedic success.

it's just retro sexism, and is still sexist. and awful (in my opinion).
i can't stand this show, i don't find the jokes funny at all, even if they are intended to be ridiculous...

he may not say they can't be smart, but he does imply that they all have to look alike, they all must want sex with him, and they are all fooled by the lamest pick up lines and the wanky suit. YUCK. 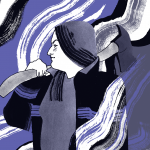