The Box's Crushes of the Week: Saturday Night New Girls

Maybe I over-post about Saturday Night Live, but I just can’t help myself. This season is one of the best ever! Plus, I’m thrilled with the screen time that female cast members are getting. The newest lady cast members, Michaela Watkins and Abby Elliott, are especially crushable. They were presumably brought on at the end of last year to fill the feminine gap left by Amy Poehler’s departure, and they haven’t disappointed. Both have held their own in ensemble sketches and come up with some hilarious recurring roles too.

Michaela Watkins won my heart for good last week with her new character, Angie Tempura. Angie is a snarky celebrity gossip blogger at “bitchpleeze.com” who can’t stop snickering at her own jokes about famous people (even if the joke is just writing “WTF?” on a photo of Brad Pitt). Watkins’ caricature was spot-on, and it was exciting to see girl-geekdom on the SNL radar. Unfortunately, I can’t find a video online, so please enjoy this wonderful Ann Coulter impression instead:

And then there’s Abby Elliott, whose deft Angelina Jolie impression is one of the best on the show:

It’s a relief that female cast members’ prominence on SNL wasn’t just a passing trend that would end with Poehler’s stint. The show seems committed to putting lady comics front and center, and The Box couldn’t be happier about it.

But this reminds me: Kristen Wiig has been consistently AMAZING for 4 seasons now. She’s SNL’s most valuable player by far, and I just couldn’t be crushing on her any harder. So please enjoy one of many amazing clips, and be sure to check out her other stuff too.

If you haven’t seen Saturday Night Live this season, get on it! By watching a major network show, you’ll be supporting women in comedy. How awesome is that?

no for real, that Kristen Wiig vid is my FAVORITE

Abby Elliott is Chris' daughter. Who's Chris Elliott? Anyone watching David Letterman on a regular basis would know from his occasional appearances on that show.

But wait ... there's more. Abby's grandfather is radio legend Bob Elliott of <a href="http://en.wikipedia.org/wiki/Bob_and_Ray">Bob and Ray</a> fame. Ask your grandparents or other senior friends/relatives if they have ever heard them.

Abby is the first "third generation" SNL performer. Chris was very briefly in the SNL cast in the mid-80s along with Janeane Garafalo (also very briefly in that). Bob appeared with Ray in an early SNL special in the late '70s.

As much as I love her performances as Angelina Jolie (two, so far), I would also love to see her do Drew Barrymore because she looks quite a lot like her, too. Not so much in the above photo, but on the show she kind of reminds me of her, at times.

but is it just me or is the cast the whitest it's been in years?

My friend and I had a very long and involved discussion about what this SNL is going to be like-- we are both huge fans of the alternative comedy scene, as well a couple of those sad, pathetic people who are constantly optimistic that SNL might actually be funny this week...
After about an hour (no joke), we came to no conclusion. 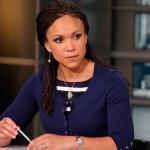