The Fight to Reclaim a Word | Bitch Media

The Fight to Reclaim a Word 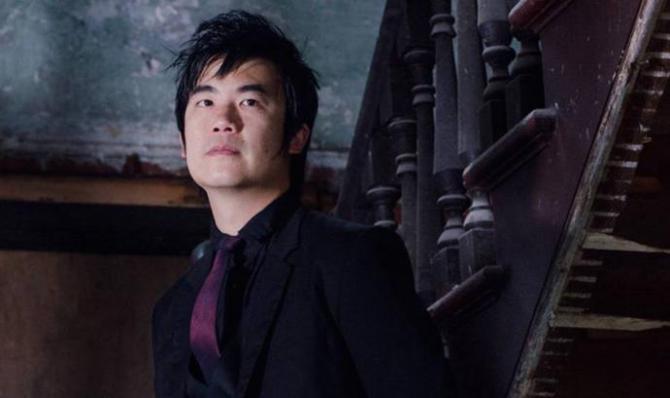 Simon Tam’s attempts to trademark the name of his band, The Slants, has turned into a free speech issue.

My first real lesson on the power of language was at the age of eleven.

In the basketball courts at school, I was tormented by other students. They’d throw balls, punches, rocks, and insults, while yelling “gook” and “jap.” One day, I had enough. I threw back: “I’m a chink, get it right.”

Stunned, they didn’t know what to do. Confused, they stopped.

The act of claiming an identity can be transformational. It can provide healing and empowerment. It can weld solidarity within a community. And, perhaps most importantly, it can diminish power from an oppressor, a dominant group.

The idea of reappropriation isn’t a new one. The process of turning negative words, symbols, or ideas into positive parts of our own identity can involve repurposing a racial epithet or taking on a stereotype for socio-political empowerment. But reappropriation can be confusing. Sometimes people can’t figure out the nuances on why something is or isn’t offensive.

Nearly a decade ago, I started what many have referred to as the world’s first and only all-Asian American dance rock band. In addition to our brand of 80s-inspired synth pop, we got involved with social justice: We toured the country fighting stereotypes about Asian Americans, led workshops, raised money for charities, and provided a bold portrayal of our culture through our music. It was an incredible time and letters of support from marginalized communities poured in.

During this time, our attorney recommended that we register the trademark on our band name, something that’s commonly done for national acts. However, the US Trademark Office rejected it, claiming our name was disparaging to Asians.

I named the band The Slants. The name that represented our perspective—or slant if you will—on life as people of color. It was a deliberate act of claiming an identity as well as a nod to Asian American activists who had been using the term for decades. But the Trademark Office didn’t buy it: they used sources like UrbanDictionary.com, a photo of Miley Cyrus pulling her eyes back in a gesture, and anonymous posts on internet message boards to “prove” that it was offensive. In 2010, the Trademark Office denied my first application to trademark our band’s name.

So for the past five years, I have been fighting. I’ve been fighting in numerous courts. I’ve supplied thousands of pages of evidence, including letters of support from prominent community leaders and organizations, independent national surveys, an expert report from a co-editor at the New American Oxford dictionary, and more. The Trademark Office was not swayed. They called our effort “laudable, but not influential.” With just a few keystrokes, they wiped away the voices of thousands of Asian Americans and told me that I had no right to represent all Asian Americans. Yet somehow, this white attorney in the Trademark Office had that power.

Unlike many other disparaging trademarks, like the Washington Redskins, I’m a member of the actual community group in question. Plus, the name I’m trying to trademark is not an inherent racial slur. “Slant” is a common, everyday term—in fact, it has been trademarked hundreds of times. In fact, I’m the only person in all of U.S history to be denied a registration for “slant” for being offensive to Asian Americans. Why?

The Trademark Office wrote, “It is uncontested that applicant is a founding member of a band… composed of members of Asian descent.” Then, they pointed out the obvious Asian imagery on our website including photographs of Asian people and an album cover with a “stylized dragon.” In essence, we were “too Asian” to trademark the name The Slants.

When we pointed out their racism, the Trademark Office backpedaled, claiming that anyone with that kind of imagery would be subject for denial. The problem is: We’re an Asian band. We can’t change our ethnic identities—those photographs are of us, the artwork is reflective of our respective cultural heritages. Under this absurd legal premise, “slant” is something that anyone can trademark, anyone except Asian Americans. This is also why you see white people trademarking terms like “jap” and “oriental” without even being questioned. But when a Chinese American applied to trademark “chink pride,” he was swiftly denied. He was told that it was racist to Asians.

The law that the Trademark Office is using was written in 1942, decades before the Civil Rights Act. It’s been disproportionately affecting minorities for almost 70 years, abridging free speech rights from those groups. Almost a century of oppression in this area is now riding on the case of one Asian American rock band.

Social theorists say that our identity can both be influenced by, as well as influence, the world around us. Every scientific study confirms that the stigma of derogatory terms like “queer” and “bitch” are mediated by perceived power when the referenced group owns them. The role of the government shouldn’t include deciding how a group defines themselves. That right should belong to the community itself. You can see in example after example that the dominant group is not only inconsistent, but completely off-base when it comes to the sentiment of people who have been marginalized for centuries. The Trademark Office does not have the resources, capacity, nor cultural competency to make those kinds of decisions.

In our case, a federal circuit judge confirmed this. Just last week, the judge presiding over our case called the actions of the Trademark Office “unconstitutional.” But because they felt bound by precedent, the judge affirmed the denial of our trademark. So we press on, appealing again.

It is an undeniable that a person’s quality of life, their opportunities, and their rights may hinge on their identity. When the Trademark Office refuses to register a form of my artistic identity but instead extends that same right to anyone outside of my community, it’s a big deal. It’s racism. It’s suppression of free speech. The denial of reappropriation is refusing poetic linguistic justice.

It is my hope that my case brings meaningful discourse on identity in this country, that it can push people to look at the actual systems of privilege and underlying attitudes and assumptions that people have about culture. But it all begins with ability to make and protect that choice about language.

The choice of how you identify yourself is your right, but the protection of that right is our responsibility. Then again, my view is a little “slanted.”

Simon Tam is founder and bassist of The Slants, an author, activist, and a self-proclaimed troublemaker 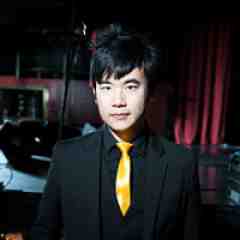 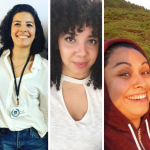 by Bitch HQ
We convened a Latinx Bitch Media roundtable to talk about the term “Hispanic” versus “Latinx” and how these words contribute to or erase the identities of communities of color.