The so-called destruction of hardcore gaming has been the dawn of accessibility for a broader range of gamers spilling into the market, if you ask me. Since I’ve been granted space to blog here, I am going to work under the assumption that someone did ask me, and say that yes, opening the door for more gamers to feel welcomed in the world of gaming is a good thing. More people gaming means more people understanding and enjoying gaming culture, and that is a step to lifting the stigma from video games and the people who love them.

More importantly, however, advances in gaming technology and the way that game devs have looked at making and marketing games have allowed people to access games that were previously inaccessible. Whether it is small improvements, like a commitment from a company like Ubisoft to always include subtitles in their games, or updating the way a game is played overall since you are overhauling your world due to some Cataclysm or other, these things add up to noticeable improvements that matter to disabled gamers.

People with disabilities have long had difficulty accessing video games for various reasons and with varying degrees of limited accommodations. Game play details ranging from color schemes in darker settings to story lines and fight scenes that can overwhelm cognitive understanding have left many games out of the question. Controllers have been too difficult or impossible to use, and the mechanics too fast or the quest chains too long and tangled. The canyon of hardcore games almost seemed, at times, to bar disabled gamers from their guild. Sometimes literally. Hardcore gaming seemed to be an elite club.

Now, however, new “gimmicks,” as some call them, that are scoffed by self-proclaimed hardcore gamers, have left doors open for disabled gamers. While often pricey, independent companies create custom controllers (pdf) that allow gamers to engage in game play where they were inhibited before. Always looking for a challenge to make things better, electronics geeks are tinkering with ways to make controllers easier to use for people with mobility impairments and chronic pain issues in order to give them better gaming experiences. The Nintendo Wii gave gamers a new option that integrated movement and didn’t fully rely on holding a limiting controller, though it still had its drawbacks. The balance board brought the options of sports games to people who may otherwise never have enjoyed one before and perhaps even, like me, small amounts of accessible exercise for folks who have trouble leaving the house some days.

Now, other consoles have scrambled to catch up with this motion-based technology, with the PS3 putting out the Move, and XBox releasing the Kinect. Both platforms come with reviews of pros and cons from people who have experienced them, some lauding how the freedom from a controller has welcomed gamers who could not have played before.

Game development is making progress, including bits and bobs like colorblindness modes to help outline things that some players would otherwise miss, adding glowing outlines so that gamers don’t have to rely on verbal cues, and adding pause features or “mouse only” to allow a player to grasp control of a situation. None of these things interfere with the game play for players who don’t require the extra assistance, but they greatly enhance the experience of the disabled gamer.

I love seeing how the gaming industry is changing to include more gamers; the way it’s adapting to include disabled gamers encourages me. I have never wanted gaming to be an exclusive club, and it seems that the future of gaming may finally be open to more than those select dedicated, able-bodied gamers of the chosen demographic.

My assistive technology of choice is the "gaming mouse" (as far as I'm concerned they could have just called it 'assistive technology mouse, but I guess it works better marketing it as a cool toy for dedicated gamers). The more buttons a mouse has the more functionality I can map to it and the less I have to coordinate two hands at the same time. That is, as long as the game allows keybinding to mouse buttons: I recently had to forego Age of Conan entirely due to not being able to play it. That said, the Age of Conan people are very diligent: everyone who tries the game gets asked if they liked it or not, and when I told them that I simply couldn't play they seemed very concerned, and even tried to suggest possible solutions (except changing the game to allow keybinding to mouse buttons).
Also, sometimes the buttons on the mouse are in awkward places so that I keep pressing them accidentally, so I have to put some care into choosing a mouse. I recently got a new gaming mouse for my birthday. It's left-handed (I'm right handed, but blah blah nerve damage in right arm long story, I 'computer' with my left, have been doing so since sometime in my teens) and it does work better than reassigning button functionality on a right-handed mouse.

I can't hold on to controllers, but that includes the wii sticks. Also, actually having to move my arms and legs *really* doesn't work, so motion technology is not something I'm personally excited about, but I'm still glad to see stuff like this come along. I always regret those few games that come out on console only that I actually want to play but won't get to, though.
I've been wondering for a while if a custom controller would work for me, but it's a bit too much risk in case it doesn't work out for me to want to spend money on trying.

For years I only played adventure games. The few times I'd tried other genres I just couldn't really play the games. Sometimes I just shrugged (racing games), and for other genres I kind of regret it (would like to try playing a shooter). Then I figured out I can play most RPGs, sims, strategy games and a few hybrid shooters and hybrid platformers too. For many games, someone else has to play through bits of it for me. I do still sometimes walk into a game I just can't access, most lately AoC and the Assassin's Creed games. The Diablo games don't go so well either. My regular gaming group knows what I can and can't do mostly, but I can't really rely on even their recommendations for games, because they tend to just not realise when games are made in a way that requires a use of mouse + keyboard I can't do (Fahrenheit, Beyond Good & Evil. Both games they thought I'd like ("they weren't difficult, really!"), and I do from what I can tell, but I can't really play them without someone sitting next to me and taking over every few seconds for yet another sequence I can't do).

I doubt I'll ever be in any "elite" guilds either: no voicechat for me. I like roleplaying better anyway. Though some people use voicechat for that, there's thankfully not that many that insist, and a lot don't like it.
I waffle about with the idea of forming a 'disabled roleplayers' guild in an MMO sometime, but I'm not sure if I could get enough people for one.

TL;DR --> I like my gaming mouse and keybinding to mouse buttons, there are some games (or genres) I can't play, sometimes I regret that, and I'd like to play an MMO with people 'like me' sometime.

Thank you for posting this! I think that gamers with disabilities are often overlooked, and it is good for the industry to give a nod our way, and for us to give kudos when they do (even if sometimes it feels like being thankful for bread crumbs!).

I have been very worried about the trends towards motion control and 3D, as I feel like they may exclude gamers that have learned how to work with, or around, traditional controls. I have some days now when I cannot manage my Xbox 360 controller - there is no way I can get up and move the way Kinect apparently wants me to! While it may include folks that could not work with the controller, it may also exclude those of us that cannot do rapid body movements. 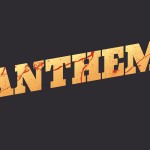 by Lisa Factora-Borchers
Trump’s most effective method to avoid governing is to create an alternative world, a place with barometers and etiquette for measuring true American identity.