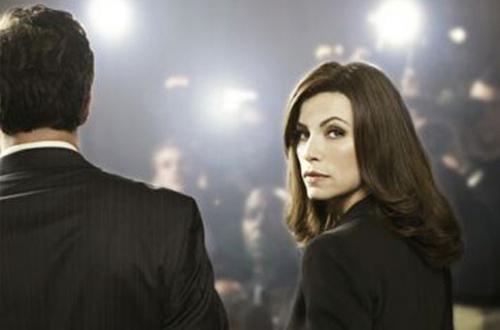 The psyche of the political wife in the modern era - which is to say, post-defining oneself by one's husband - is the kind of thing I sort of wish feminists talked about more often.  And when I say that, I mean talk about in a way that does not ultimately devolve to Hillary, Hillary, and also Hillary, who has become the sine qua non of political wife-fights.  In fact, I'd be cooler with these chats being all Michelle, Michelle, Michelle, and Judy Dean, Judy Dean, Judy Dean, each of whom present different models of how to deal with being, in essence, a necessary accessory to your husband's career when you in fact have quite the career of your own.  And you aren't, you know, a robot.  The frankly far too frequent infidelities of political men (and oh I could go on about this ultimate exercise of male privilege, this "I am important and I shall PROVE THIS WITH MY VIRILITY" and the non-apologies about "what happened" that inevitably follow, but I shall not) throw these issues into sharp relief.

So when I heard about The Good Wife I was kind of excited.  I was also excited that someone was handing Christine Baranski a paycheck, and there was even the small bonus of seeing Julianna Margulies though it disturbed my fantasy of her living a secret life with George Clooney and the twins in Seattle.  Margulies is in some ways perfect for this role: gravelly and serious.  The shoe of a professional woman whose life and priorities were eventually subordinated to that of her husband fits her pretty well, because there's something vaguely dissatisfied in her demeanour too.  And do I like that Chris Noth is embracing his slime post-hot-L&O-detective and in the shadow of supposedly-dashing Mr. Big?  I do.  I really do.

But The Good Wife suffers from a number of problems that suggest its premise was just a front.  The writers and producers of this show don't care that much about women, make no mistake, even though they have apparently made a cynical maneuver here of taking a topic about which I feel there is much genuine interest - How Can She Stand By Her Man When He Is Such A Douchebag, And Publicly So To Boot? - and certainly much food fod feminist thought - and turning it into the same-old legal procedural.

See, in their rush to reennact the diorama of Silda Spitzer, looking like she'd rather be anywhere else, at Eliot's greasy side, the producers have made the initial mistake of beginning their series sometime after a scandal has impeached and incarcerated Noth's philandering governor.  And from there we segueway into the somewhat less difficult dramatization of a mother re-entering the workforce and, for no apparent reason, being pitted against a fellow associate for a job.  (This would never happen.)  Of course she's given the pro bono case and it's to help a blonde white woman with a cute blonde white kid and... wait?  Why are you asleep already?

This show, then, is only interesting in political wives the way I'd say it seems many of their husbands are: a gimmick and a premise for someone/something else, but as a person?  Not so much.  As a person, it seems, they are not worth exploring.  Which is okay, but too bad for us, because The Good Wife likely won't be worth sticking with as a result.

One can only hope they have more exciting things planned. The original premise is a good one; they just need to handle it right.

I completely agree with your take on <i>The Good Wife</i>, Michelle. I tuned in because I was excited to see a show that explored the role of a prominent politician's wife in the face of a sex scandal, and the show turned into a boring legal procedural within ten minutes. I honestly felt like the promise of a nuanced look at a political marriage and a competent woman's life as a part of that was just a trap to get us to care about a sexy lawyer bore-o-rama. No thanks.

It's too bad too, because now the original (the one that seemed interesting and exciting from a feminist perspective) probably won't be turned into a real show, because <i>The Good Wife</i> already pretended to use it. Boo.

i put a curse on this show today, so it won't last the season (they are filming outside my house and disrupting my lazy day off).

i haven't seen the show, but it does sound boring. i too thought it was going to be about dealing with a scandal. because people love scandal! there are american flags all over the park across the street, so maybe she tries for a political career? or the husband tries again?

anyway, i thought it'd be about 'exploring' why women stay with men in these situations, but i already didn't want to watch that, because i know why. maintaining privilege.

I keep watching this show in the hopes that it will get better and actually address the original premise, but with each week, I'm less interested. You were right to bail out early!

came for me last summer when Jenny Sanford didn't stand by Mark's side when he was thrown to the media lions just after his return from a trip to see his mistress in Argentina. My wish will be completely fulfilled when a political wife throws her own press conference to announce that she's en route to the lawyer's office to start divorce proceedings. :)