The Immortal Life of Henrietta Lacks deserves every ounce of praise that has been heaped on it. Rebecca Skloot has one heck of a story to tell, a story that actually belongs to another woman: Henrietta Lacks.

One of only a few known photos of Henrietta Lacks

The book is partially a retelling of Henrietta’s life and her death, but also a thorough chronicle of the history of HeLa cells (so named by taking the first and last two letters of the donor’s name), which were developed after Henrietta’s death. These cells (pictured above) revolutionized science in so many ways it hardly seems believable that we don’t have a national holiday honoring the woman. HeLa cells were invaluable in developing the polio vaccine, they were the clue to unlocking the number of chromosomes in human DNA, they were shot into space, exposed to radiation and mixed with plant cells, mice cells, cloned and still contribute every year to the development of new cancer medicine and treatment methods.

I find it hard to give any of the story away- Skloot’s retelling is passionate, articulate and adventuresome. Perhaps just a little foundation: Lacks was a young black woman, born in 1920 and raised on a tobacco farm in Clover, Virginia. She eventually married her cousin, David (Day), cousin-marrying being not uncommon among the family at the time. Day joined the rush to Baltimore to work in steel mills during the Second World War, as part of the Great Migration, and soon sent the money to bring Henrietta and their children along north as well. The family lived in Turner Station, Maryland, and their household quickly grew to include Henrietta, Day, their four children and myriad nieces, nephews, cousins or other family who might be living near the area, visiting, or simply passing through. When Henrietta was 30, shortly before she became pregnant with her fifth baby, she began to experience cramping, spotting and severe abdominal pain. She went to the free public hospital- John Hopkins- and was admitted to the “colored ward” as hospitals were just one of the public spaces still segregated in the United States at the time. Almost immediately Henrietta was diagnosed with cervical cancer. At the time of the diagnosis, her doctor, Howard Jones, took several small scrapings of her cervix and the tumor which he gave to his colleague, George Gey. Gey was experimenting with cell growth and preservation and it was not uncommon that doctors would send him samples of tissue from their various patients.

The normal treatment at the time, which Henrietta underwent, involved being anesthetized and having small vials of radium sewn into her vagina and against her cervix. After a stay in the hospital, the tumor diminished and disappeared and the radium was removed. But after only a few months her cancerous tumors came roaring back and, in October 1951, roughly 10 months after the initial diagnosis, Henrietta died in the hospital in extreme, unceasing pain— the cancer had spread everywhere and her autopsy revealed that her entire body was filled with tumors.

Though Henrietta was dead, her cancer cells certainly weren’t. The samples sent by Jones had survived in the culture medium in Gey’s lab and begun to grow and multiply at incredible rates. Soon Gey’s lab could hardly contain the vials of HeLa cells. So Gey began to send them all over the world, to any researcher anywhere who requested a vial. The cells regenerated so quickly and so unbelievably, that he had a literally endless supply.

Skloot’s story covers the development of the cells into treatments and vaccines, their contributions to the field of genetics and cloning and the controversy that swirled at various points over the hyper dependency of the field on HeLa cells and their unstable nature due to their cancerous origins.

What sets this story apart from a straight, albeit fascinating, read on the cells themselves, is Skloot’s attempts to find and interview Henrietta’s family. She uncovers Deborah, Zakariyya, Sonny and Lawrence, the surviving children, as well as the story of Elsie— Henrietta’s oldest daughter who was affected by epilepsy and confined to a mental health institute where she died two years after Henrietta’s passing. Many of the children had grown up with no idea about the fate of their mother or their sister, and when they did began to uncover the truth about Henrietta’s contributions to science and medicine eventually, the initial explanations were so poorly delivered, that Skloot and others who have attempted to contact them in the last decade were met with wall upon wall of fear, anger and distrust. What is especially striking about Skloot’s interactions with the four children, Day, and the legions of cousins and extended family she tracks down, is the marked ignorance of even the most basic tenets of biology. This, coupled with documented abuse in the medical community of black subjects (think Tuskegee Syphilis Study), contributed to a fear and mistrust that runs rampant in her interactions with the family, as Skloot attempts interviews and explanations over the course of several years.

For examples, none of Henrietta’s children had any idea what a cell was until they were adults. Literally no clue what one looked like, contained, or was capable of— some of them up until the moment Skloot is finally sitting at their table and drawing simple diagrams. The idea that their mother’s cells continue to live and that “some part of her” is alive, or that there are clones of her in existence all over England, is an unshakable sort of fantasy that Skloot struggles to explain and dispel over and over. Their reactions vacillate wildly between pride, fear, anger, and an intense desire to sue somebody, anybody, for what they see as their rightful share of Henrietta’s contributions; Skloot records it all.

Each of the family members is given fair page space and time, and Skloot’s compassion for their personal experiences and traumas as the descendants of Henrietta Lacks is beyond compelling. Deborah, Henrietta’s youngest daughter, comes around to form quite a bond with Skloot. Deborah comes alive especially as one embodying the heady mood swings of fear and confusion, coupled with deep pride and love, as their mother’s story unfolds through Skloot’s tireless research and patient explanations. The narrative style of journalism Skloot employees when relating her interactions with the family members results in a book that sometimes reads more like a novel, and the multi-dimensional emotions and reactions to of the Lack’s family to their place in this thread of history is engrossing.

I will be the first to admit that I struggle at times to stay engaged with large texts of nonfiction, but this book is a treat of the highest order. There is so much to revel in, so many dimensions that make Henrietta’s story as rich as it is: Why do we recognize some people’s historical contributions and not others? What role has patient consent played in care, and what is the status of that question today? Can a doctor patent your cells without your permission? Does having access to an education make the strides of science and technology less threatening? In response to this last question, Skloot seems to glean from her experiences that the answer is certainly yes. As part of the publication of the book, Skloot established a foundation in Henrietta’s name, the proceeds of which will be used to secure higher education for all of Henrietta’s descendants who are interested in pursuing one.

So do yourself, Henrietta, and her legacy a favor and lay your hands on this book today.

Great review, and thank you for keeping this amazing story visible. This book blew me away -- so many layers, so many implications. Both inspiring and devastating. What I thought was so interesting was that Henrietta's cancer cells were eventually used to pioneer new techniques in cervical cancer screening and prevention -- including the HPV DNA test. An incredible "full circle" with huge implications on cervical cancer prevention for women worldwide. I posted about the book and cervical cancer on my blog here: http://genderacrossborders.com/2010/03/10/the-immortal-life-of-henrietta...

in the top 5 books i've ever read...i'm a high schooler and i was worried at first that it would be boring, but it. was. so. <em>good.</em> i've recommended it to so many people... 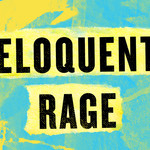 by Evette Dionne
When Dr. Brittney Cooper speaks, the world stops to listen.