The Lady Is A Tramp: Auntiehood | Bitch Media

The Lady Is A Tramp: Auntiehood 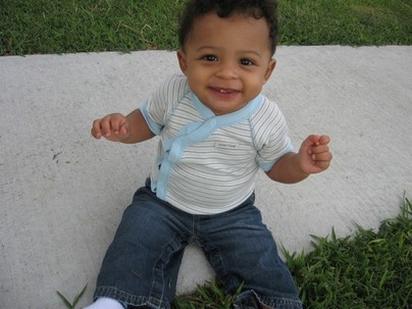 A baby inspired this post—more specifically, my new nephew, born yesterday (as of this writing).

I have so many thoughts about his coming into this world: his being born black and male-bodied and what that—and by extension, he—means in the United States and the world; coming to grips with my own “gender disappointment” (no lie—I wanted a little niece. But it was I who predicted my sister’s fetus would become a cis boy before she found out about the baby’s gender. What I can’t predict is how he’ll feel about his gender–my abilities aren’t that good). What the heck could I possibly tell him, being a bit of an outlier in my own family?

Perhaps it’s that exact status that allows me to be the perfect aunt.

However, when I think of aunts in pop culture, there’s Auntie Em from The Wizard of Oz; Aunt May from Spiderman; White Palace’s Judy, whose sudden arrival causes consternation for her sister Nora yet fascinates Nora’s younger lover, Max, in whom she confides what happened to her nephew and Nora; Aunt Norris and her sister Lady Bertram from Mansfield Park, who adopt their niece Fanny Price; Aunt Mozelle from Eve’s Bayou, a thrice-married and -widowed clairvoyant whom her niece, Eve, adores and who gives her niece a message of redemption.

Oh yeah, there’s Aunt Flo…but I’ll get back to her in a moment.

These aunts are lovingly supportive—except for Aunt Norris, who behaves horribly to Fanny, and Lady Bertram, who’s happily sipping opium–if not a little quirky. They’re a cross between surrogate moms to the main characters who are on a hero(ine)’s quests or just trying to find their way in the world, and wise women who offer advice to help the searching souls find their way. But, unlike pop-culture moms, who get judged as simply “good” or “bad,” aunts are given some leeway—via their quirkiness—to have some complexity and, therefore, humanity. Aunt Mozelle is the rarest of pop-culture aunts: she also has a sexual life and desires along with sorrows and the other traits— and she’s honest about all of them (watch the first 19 seconds). Aunt Mozelle is the quintessential Cool Aunt.

And I want to tell him how another aunt, Aunt Flo, really works.

Wonderful post! I myself am an auntie to two littles by blood and two more by heart and I'm still trying to figure out where I fit in the constellations of their worlds and they in mine. They're not just my siblings/friends kids; my relationship with each of them stands apart from that tertiary designation. I am their aunt and they are my nieces and nephews. And that's something special.

What I find hardest to explain is how much they mean to me and how seriously I take my role as the auntie. So far they're all still toddlers but already, we have our little games and ways of interacting that are just for us and I hope that connection continues as they grow. I hope to be the auntie you describe, offering wisdom and support from a slightly different perspective than their parents', a feature of our relationships which I see as being especially important as sometimes it's a lot easier to hear something from, or tell something to, someone outside that immediate family dynamic.

Anyway, the ideas of these relationships have been circling in my mind, just out of reach of my distinct attention, until your blog so thank you for your insight and the nudge to do some reflecting of my own!

I totally agree! This entire discussion has been resonating in my mind alot lately, as I am about to be the last auntie without children and already have the label as the "quirky aunt."
I'm the baby of 7 sisters, with 6 of them married/with children and a twin in the process of getting married and will most likely get pregnant within the next year. Thus, as the perpetually single and artsy-fartsy aunt (as they lovingly call me), I wonder how this identification helps but also limits me in being an effective, helpful and fun role model to my multitudes of nephews and nieces.
It was never much of a problem when a majority of them were young, I was just the fun aunt that got them ice cream and took them to the playground. Now they are reaching the age of being teenagers and a time where hopefully being the "quirky aunt" will make them comfortable in approaching me/discussing things they wouldn't want to go to their parents with. I've noticed in the case of my oldest niece it is my very "artsy-fartsy" nature that has set in her mind I am the very person she does not want to be like and vocally disapproves of my lifestyle. On the other hand, my oldest nephew looks up to me quite a bit due to the fact I am so different from the rest of his aunts. I do my best to be a positive influence on him through interactions whether it is playing video games together or seriously discuss relationships with girls his age while drawing in each other sketchbooks.
It's a weird place to be, stuck between being myself and the real-life version of the pop culture "auntie," and something I find myself scrutinizing more and more as I watch these movies/shows. I don't want to limit my identity to this label when it comes to how my nephews and nieces see me, but as we all know constantly discuss on this blog, these labels are hard to shed or become more nuanced.

... to Andrea on her new nephew! I became a first-time auntie 10 months ago and it's been an incredibly awesome experience. Every time I see my nephew, I'm amazed at how much he has grown and changed.

I also see myself as the "crazy aunt," especially when I look at my nephew's dad's family, who's very conservative. I'm already an oddball in that I'm not married (and don't ever plan on getting married), I'm a vegetarian, I play hockey, I don't care about makeup or clothes, and I don't plan on having kids -- and some of our family members don't even know that I'm also bisexual and Pagan. (He is being raised Catholic and his dad's side of the family thinks homosexuality is immoral.) I often wonder what my nephew will be like when he gets older, if he'll see me as crazy, and if it will be in a good or a bad way.