CultureThe Lady is a Trampsex

The Lady is a Tramp: The Magnum Campaign and Ye Olde Black Male Penis Myth 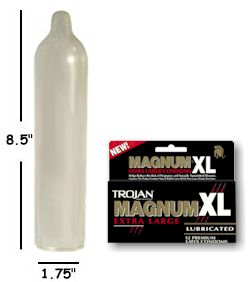 As much as we complain about hip-hop and rap staying mostly “unconscious” about reproductive-justice issues (the only cut to this day discussing pro-choice options is Digable Planets’ “Femme Fetale”—and that came out 15 years ago), artists have spat about prophylactic use, specifically Trojan Magnums.

All that free advertising—or “unsolicited lift,” as the New York Times calls it —generates some brand loyalty among black people, Trojan reports: “Internal research [sic] indicates they account for 22 percent of all condom purchases but 40 percent of Magnum purchases.” Trojan also claims 75 percent of the condom market.

Now, Ludacris is doing his part to spread more of the large latex love by teaming up with the company for its very first ad campaign, a contest where people can create their own paeans to the brand. The winner gets $5,000 and a trip to the hip-hop festival Birthday Bash, to be held in Atlanta in June, and personal congrats from the rapper/actor himself.

The campaign is an great idea, considering the epidemic-level stats on HIV and Black cis and trans women and, as my friend sexologist Bianca Laureano said, “especially in the hip-hop community where ‘I like it raw’ is still prominent.”

I am wondering, though, about the racialized sexual stereotypes undergirding and getting perpetuating by this, namely that mainstay of black sex-negative imagery, the Big Black Penis.

Of course, the marketers deny that’s not what the contest is about, yet acknowledge that’s exactly what Ludacris and his fellow rappers do [emphasis mine]:

“The Magnum brand is viewed as a positive lifestyle badge and positive symbol,” Mr. Daniels said. “And people are proud to show they have a Magnum condom — the large size really connotes a sense of ‘above-average prowess,’ let’s call it.”

And let’s call that “physical attribute” and “above-average prowess”—say it with me—”the mythical Mandingo Dick” that black cis men are supposed to have and know how to use magically since birth. (To some black cis men, this is what we call at Racialicious a “positive stereotype” —but, like all stereotypes, it really isn’t positive after all.) It is against this penile yardstick that all other cis penises are judged and, according to the myth, has other races of cis men wanting. Anecdote: I had an ex-friend, a non-black man of color who considers himself rather progressive, tell me that when he was a younger man in the late 80s and 90s, the “fit” of condoms didn’t make practicing safer sex fun because they were “all made by Asian companies,” but he and some of his male contemporaries gritted their teeth and used them because they were more afraid of dying from AIDS. Now, he said, condoms “are made better” and with “more variety” from “different companies.” Decode at will…

I mentioned to Laureano that I heard Trojans weren’t the best for penetrative sex but for sex toys due to the thickness, compared to Kimono, which also sells a larger size but is thinner and would lend itself to feeling a partner’s pussy/ass/mouth better—in turn, getting some guys (and their partners) off. But Kimono condoms have “that Asian connection,” Laureano answered, and people think that instantly equates to “smaller penis.” Even though Kimono sells the larger size, she continued, “people think large for an Asian dude is ‘norm’ for US dudes. Wackness.”

These attempts to measure up to (or live down) these racist sexual stereotypes may have some serious ramifications: campuses reporting “lost condoms” in some cis female students; some people not seeking out condoms that will meet their size needs (<a href=http://www.reuters.com/article/idUSTRE61F00220100216”>a recent study said that people fail to use condoms because of poor fit and “will remove them before sex ends”; quite a few cis men refuse to buy small- or medium-sized ones); the safer-sex needs of trans men–as many discussions about infection prevention/reduction go—are rendered invisible.)

This is a brilliant stroke for Ludacris by using capitalism to get out a safer-sex message…I’m just not quite down with lifting sexual clichés along with it.

Our culture's preoccupation with penises and their value seriously needs to end. It's a sexual organ, and that's great. So is my vagina. Let's not attribute more meaning to it than that.

I don't know how to say this without it sounding like bragging, so I've elected not to log in and I'll just say it.

Having a big penis is not all it is cracked up to be. Sure, it's an ego-boost to be told you're hung and to see that genuine look of surprise on a partner's face the first time she sees it. But that's about where the thrill ends. After that, it's just an appendage.

For one, a man likes to get all the way in, and if the woman isn't deep enough, it can be a little more than unsatisfying for both. But beyond the sexual, there's the matter of comfort. I don't know how often other men feel "out of place" but I swear I am constantly excusing myself to the restroom just to readjust. Folks probably think I have a bladder problem. And yes, I've already tried every variation of underwear there is. That said, I am glad that there are things like Magnum condoms because the normal ones do cut off my circulation.

Oh, and if there is any curiosity about my race, I am not black, so there's one more reason to end the stereotype.

I'm sort of torn here. On the one hand, anything that gets people to see condoms as worthwhile, or maybe even kind of cool, should be considered a positive. But you're so right that there's already way too much baggage attached to these bags (heh), and this campaign isn't going to help the many, many men (and women, for that matter) who use the assumptions about Magnums and black men to further a stereotype and its attendent Othering.

I apologize that this is completely off topic and I plan to respond to the article but.. I'm dumb and must know what "cis" means...?? Thank you!

Thanks, Kelsey, for providing that link to the "cis" definition. I forgot to do that in the post. ::snaps fingers::

And thanks to everyone for your responses! Let me address them:

@notoriousVAG--I was torn, too, when I wrote the piece because I think encouraging condom use is a very good thing, too, <a href="http://www.inerela.org/english/save-prevention-model">in a larger method of HIV prevention/reduction.</a> But, like with a lot of aspects/items in pop culture, there are parts to love and parts that just raise the eyebrows. So I attempted to offer the campaign some "critical love," to paraphrase bell hooks, to encompass both feelings.

This may not matter, but there’s a handful of grammatical errors that creates momentary confusion when reading it.

and yes, you can't assume all your readers are down with the vernacular. Such as 'cis.'

@David, are you saying that you were unclear as to the meaning of the word cis as it functions in the post? Please be more specific when referencing the grammatical errors that you find confusing. (Otherwise it's difficult to respond.)

If, after 6 days of the post being up, the worst criticism you have is a "handful of grammatical errors" and a "yeah, don't assume we all know what 'cis' means,"--even after Kelsey was kind enough to post a link to the definition--then I'm doing all right. :-D

The whole NYT article is pretty much a facepalm all around, IMO... 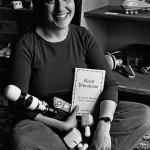