The Long Goodbye: Meditations on Giving 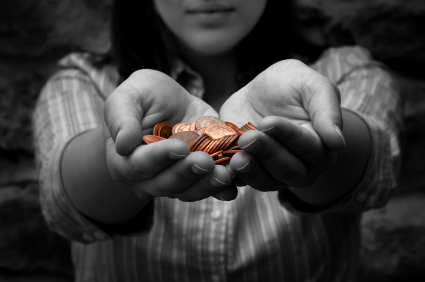 Just before the holidays, The Long Goodbye series focused on Oprah and giving; specifically, we zeroed in on Oprah's Ultimate (and ultimately final) Favorite Things (UFT). We looked at the history and impact of this segment and we also explored how Winfrey's message of giving back sometimes gets confused with getting stuff.  The 2010 UFT audience members were "hometown heroes" who were selected based on their philanthropic contributions to their communities.  But instead of focusing on the act of giving and highlighting the efforts, people or charities that had an impact, Oprah gifted a windfall of material goods to those in attendance.  The 2010 UFT message?  Giving should be rewarded.  With a car and a cruise.  Otherwise, why do it?

Most people (myself included) have strong opinions about Oprah and either rush to protect, defend, idolize or criticize her—even when it comes to philanthropy.  A hubpages poster attributes this to the dichotomy of Oprah being one of richest people in the world, but asking "people from middle to lower class incomes to give their change to help other people who are middle and lower classed."  In her assessment of Oprah's Big Give—a 2008 hit ABC reality series that provided contestants with weekly charitable tasks, funds and a time limit, and then judged them on their results—The American Prospect's Courtney Martin concludes that Oprah's approach was "the opposite of what's actually happening in the field of philanthropy, which is moving more and more towards sustainable change in the form of microlending and bringing the oppressed to the decision-making tables where they can shape less oppressive policies themselves."

William Schambra, director of Hudson Institute's Bradley Center for Philanthropy and Civic Renewal suggests that big sum assets awarded by larger foundations are too wrapped up in trying to "leverage and lobby" social change to be considered philanthropists in a pure sense.  He argues for more "humble" giving, which in his opinion means smaller, targeted donations to solid, local nonprofits, as well as turning inward to our families, or more micro within our neighborhoods, churches, mosques and synagogues.

While I can appreciate these sentiments, the criticism of Oprah seems unfair to me.  It implies that she's doing it wrong, as if there is a right or wrong way to be philanthropic. And what gets lost in the analysis is how much Oprah does in fact give. When I think of philanthropy, I think of giving in terms broader than money: giving of time, giving of talent, and possessing a spirit of giving that inspires others to do the same. Let's look at these areas individually through the Oprah lens.

Giving of money. Oprah has donated millions and millions of dollars to charity. This year alone she gave away over $40 million dollars to support education and women's and children's programs in the U.S. and abroad. The Giving Back Fund, an organization that supports and encourages philanthropy, annually compiles a list of the most charitable celebrities. Oprah has topped that list three out of four years.

In 1998 Oprah launched her Angel Network. Anyone could donate to the Network and over the years nearly 150,000 people did, to the tune of $80 million. That money funded several projects, the best known being the rebuilding efforts in the Gulf Coast communities ravaged by Hurricane Katrina, and building 55 rural schools in 12 countries. After 12 years, the Angel Network is shutting down; its spokesperson saying that it made sense to do so as Winfrey begins her next chapter. Oprah also personally finances her foundation, which has funded two major projects: the Oprah Winfrey Leadership Academy School for Girls and The Oprah Winfrey Boys & Girls Club, located in her hometown. Through her foundation, she also provides money for scholarships, educational initiatives, and leadership programs.

Giving of time and talent.  Oprah has devoted numerous shows to charitable giving. As just one example, in 2000, the Angel Network launched "Use Your Life," a grant program that awarded more than 50 organizations and /or their founders with grants to improve their local communities (by 2003, fifty-four people had received funds totaling over $4 million).  Many charities and charitable individuals have been highlighted on The Oprah Winfrey Show (though as mentioned, curiously, none were highlighted in this year's Ultimate Favorite Things episodes).

In my opinion, how people choose to give is a matter of personal means, interest and passion.  Oprah has an abundance of all three, and makes personal choices that are reinforced (some would say forced) on her show and through her public persona.  Throughout the years, these choices have had had a tremendous and mostly positive impact on the charities to which she has awarded funds and promoted.  And this year's UFT aside, Oprah has spent numerous hours endorsing and inspiring philanthropic efforts, which can only be a good thing. Right?

I haven’t heard this particular concern raised about Oprah, but the giving of folks like Bill and Melinda Gates and Mark Zuckerburg is certainly given a few pause. In their cases, I think it’s because of what they’ve chosen to support: education and namely charter schools. Education is huge realm of public policy, spending and debate. Charter schools are technically public schools, and their existence is contested. To many folks, the value of charter schools is a debate involving the equitable distribution of resources that is being unfairly decided by a handful of very rich people. If rich people say we’ll have charter schools, we’ll have charter schools, apparently. Not super democratic, and not great for that reason.

Oprah’s giving as you describe it here strikes me as a little different. It’s a little more spread out across a number of charities. She’s given big sums, but I see Oprah as more like traditional philanthropists in the sense that she has her ideals and she gives in ways that advance them. The old guard of private foundations often had these broad mission statements. Things like “to end human suffering” and other sweeping sentiments. Oprah’s giving (as described it here; I’m not an Oprah expert) strikes me a little like that.

Another test might the degree to which Oprah chooses charities or areas of advocacy that are not primarily funded by public sources. This is another thing that Philanthropists traditionally do. They aren’t looking to fight with the government over solutions to social problems. Rather, they fill in where they perceive gaps, areas of need, and more quickly respond to pressing issues – which the government doesn’t always do well.

I'm a big fan of nerdy perspective (and delve into it often myself)!

To be honest I have not yet read the original article referenced but I did want to say, I disagree with the concern that people are learning to only give in order to receive by Oprah's UFT and other such segments. In reality how many people ever expect such a return for their gifts of time, talent, and treasure. Furthermore, how many of those audience members turned around and gifted substantial portions of what they had received. I personally know two people who have been finding charities and other worthy recipients to pass on the gifts the received on the show.

I believe it was stated well here, "how people choose to give is a matter of personal means, interest and passion".

Thanks for the reflection!

I've heard that a few people have given away their winnings from that show, too. Those are the stories you rarely hear after the fact, so thanks for sharing! 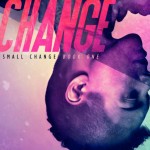