The Long Goodbye: OWN-ing a Network 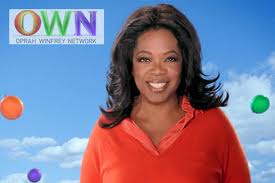 Yesterday in Pasadena, California the Television Critics Association (TCA) hosted its twice-annual Press Tour (where member critics have access to TV stars and producers). Oprah was on hand to promote her new network, OWN and the tables were turned: instead of Oprah asking the questions, she got the questions (apparently one answer ran over 18 minutes—you can view the transcript here).

As mentioned in yesterday's post, today we'll review the programming on Oprah's network and make some determinations on whether it fulfils its promise of "self-discovery, to connecting you to your best self and to the world."

My general assessment thus far? Much of the programming looks stale: there are cooking shows and workout shows and…The Best of Trading Spaces?  How fresh!   There's OWN's version of the reality show competition format: Oprah's Search for the Next TV Star, and for you Discover Health Network legacy fans, Oprah offers up Mystery Diagnosis. In Miracle Detectives two investigators travel the globe to uncover answers to mysterious incidents that transcend logic. One's a believer in miracles, the other a non-believing scientist!   What hijinks will ensue?  And for people who love Hoarders, you've got Enough Already with Peter Walsh, an organization expert with a sweet goatee.

Searching For…no preview exists yet, but the documentary series follows Pam Slaton, a professional investigative genealogist, and her clients as they track down loved ones. Who doesn't like a good reunion story? Even if you're reuniting with someone posthumously, sometimes you just have to know what became of someone with whom you once were, or hope again to be, connected.

Master Class profiles celebrities who are considered to be masters in their respective fields and have something unique and important to contribute. I watched the first episode with Jay-Z, and I liked the format.   It's not Oprah interviewing, it's the person–looking directly into the camera–and just talking; talking about their trajectory to the present day, and where they're going next.  I'm not interested in getting the perspective from all who are slated to appear, but I could listen to Jay-Z talk for days.

Our America with Lisa Ling. I've always liked Lisa Ling and think she's a strong investigative journalist; I knew her judgment was sound when she left The View in 2002 to focus on international reporting full time.  According to the website, she'll "immerses herself into the lives of the people she meets, offering compelling accounts of varied experiences and providing insight into some of our nation's most contentious issues." Time will tell, but I'm interested in Ling's perspective on everything from religious movements to sex offenders to drug addiction and online brides.

Ask Oprah's All Stars. This will be a shorter-lived series featuring a panel of three personalities who have gotten the Oprah touch and skyrocketed to fame: Dr. Mehmet Oz, financial advisor Suze Orman, and (who-or-what-the-f-are-you-really) Dr. Phil.

My take on the "All-Stars":

Dr. Oz has mastered the art of relaying disgusting but important information in a simple but direct way; somehow getting the viewer to pay attention and learn without feeling super embarrassed. No small feat. Check out what I mean here in this clip of an anatomy of a bowel movement (also included because I can't get enough of adults saying "poop," apparently).

I like Suze Orman. She gives sound advice, plays it straight, and seems to get a kick out of Kristin Wiig's impression of her on Saturday Night Live.  Here she explains why it's not the best idea to lend money to family and friends, and how to navigate that tricky space if it happens.

To the last All Star: Dr. Phil. Dr. Phil rubs me the wrong way; always has. To me, he's a creepy bully who has a serious superiority complex.  In this segment he offers his dating tips to a 52-year old virgin who hasn't been kissed in 40 years. He puts her through a speed dating exercise: "here are your three victims, I mean volunteers." He encourages her to dip her toe back in the dating pool: "If someone offers you a kiss, hang a lip on the boy."  He tells the people in the crowd who lost their virginity between the ages of 16 and 20 that he wants to "party" with them and says he can "say that because [his wife] Robin isn't here," just before referring to the segment's host as his "surrogate Robin."  Ew. Ew. Ew.

Why, Oprah? Why did you unleash this man into the universe?   Did you make a deal with the devil when you were young and this is part of the contract?  You can get out of it!   You're Oprah!  Which is a good segue into what we'll be covering next week: Oprah's Influence as a Kingmaker.

Thanks for your comment, Eleanore. I really love getting different perspectives. In the spirit of that, can you elaborate on what you feel is brave and provocative about OWN? 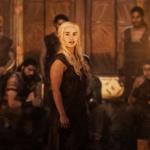