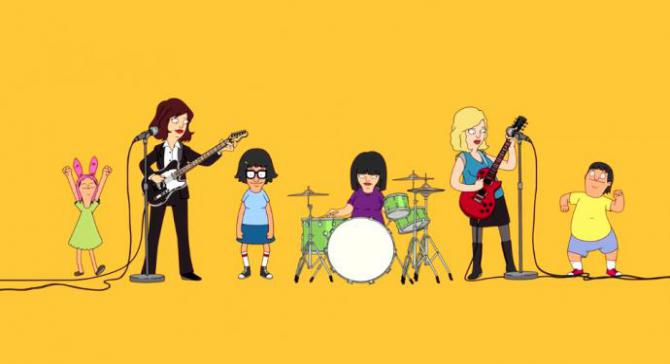 The newest music video for Sleater-Kinney’s album No Cities to Love stars none other than Tina Belcher. For the video, the animation team behind the show Bob’s Burgers turned Carrie Brownstein, Janet Weiss, and Corin Tucker into cartoon versions of themselves performing their song “A New Wave” in Tina Belcher’s bedroom.

For people not familiar with the loveliness that is Tina Belcher, she’s is a quirky, outspoken, and unabashedly sexual teen girl who many have found to be a rare positive example of girlhood on mainstream TV. Tina would certainly be rocking out to Sleater-Kinney if she were real. I’m so glad these all-stars teamed up.

Related Reading: Sleater-Kinney Carves Out Their Own Sound on No Cities To Love.

I don't really understand why Bobs Burgers is considered such an amazing feminist show, when the first episode was so full of horrible molestation jokes that I felt sick to my tummy and had to stop watching :/ For some reason the show just reminded me of Archer.

It reminds you of Archer because the same voice actor plays both Bob & Archer! 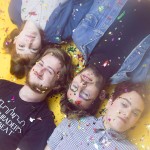 by Maggie Owsley
Soft Spots is aptly named, with songs about wounds that have possibly healed and grown stronger, but are still tender to touch.