Native American Women Are Still Blocked from Getting Plan B 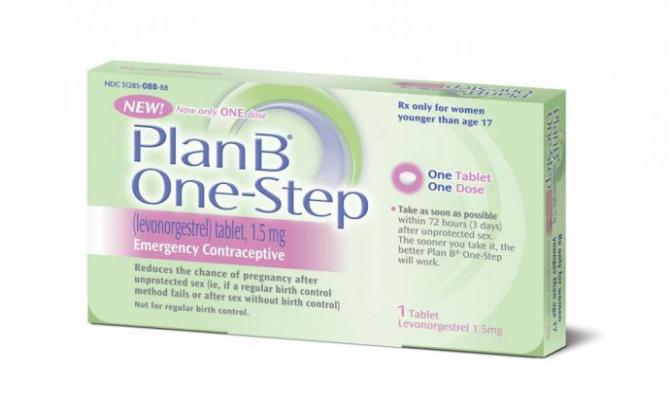 A teen girl in the United States can walk into a pharmacy and buy the emergency contraceptive Plan B. Unless she happens to live on a Native American reservation, in which case the process of acquiring Plan B will likely be much more complicated.

A new report from the Native American Women’s Health Education Center reveals that, more often than not, reservation pharmacies run by Indian Health Services (IHS) continue to impose an age restriction on Plan B and many still require a prescription.

The FDA made Plan B an over-the-counter medication in August 2013 and it has been available without age restrictions since March of this year. But in July, the Native American Women’s Health Education Center did on-the-ground surveys of 69 IHS pharmacies across Albuquerque, Bemidji, Oklahoma, Navajo and the Great Plains and found that 72 percent of the IHS pharmacies continue to impose age restrictions. On top of that, 11 percent of the pharmacies required a prescription for Plan B and nine percent did not offer Plan B at all. (Read a PDF of the survey here.) IHS runs pharamacies and clinics for Native Americans—reproductive health advocates have been pushing the agency for years to improve their distribution of Plan B. 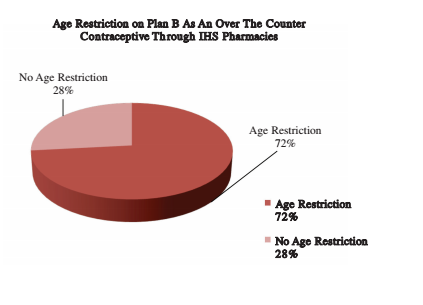 A chart from the clinic survey.

“We’re being treated differently,” says Charon Asetoyer, the executive director of the Native American Women’s Health Education Center. “Why has a federal agency been allowed to be in noncompliance with the law? I would like to know why.”

Native American health advocates have been working to gain equal access to Plan B for years, but the new survey shows that despite promises of change at IHS, Plan B is not available to everyone it should be.

“If you look at the devastatingly high statistics for sexual assault in Indian country, it’s clear how important this is,” says Asetoyer. If a teenage rape survivor finds the clinic on her reservation has an age restriction, requires a prescription for Plan B, or doesn’t offer the emergency contraception at all, she would have to drive to the nearest privately run pharmacy—which in rural areas could be hundreds of miles away, says Asetoyer, requiring a car and gas money. “Some women are left with no resources at all and become pregnant after being raped.” A still from Young Lakota, a documentary about women’s activism in South Dakota.

In 2013, the director of IHS issued a verbal directive saying that all clinics are required to offer Plan B over-the-counter. But over a year later, the agency still does not have a written policy on the issue. Native American reproductive health advocates want IHS to write that policy and then enforce it, ensuring that access to contraception is no longer a patchwork system. Since IHS reports to Congress, the advocates are hoping legislators will step in to make IHS follow the federal rules for Plan B. If change doesn’t come soon, says Asetoyer, they will consider filing a class-action lawsuit as a last resort. I contacted IHS last week comment on this story but they did not reply with answers by this morning—I’ll update if they do.

Some of the lack of change on this issue also seems to stem from pharmacists who are reluctant to offer Plan B due to religious, political, and cultural reasons. “I’ve had conversations with pharmacists who have made the comment, ‘Indian women don’t know how to use it.’ Excuse me, but we do. We can read,” says Asetoyer. “That is not a good excuse for breaking the law. That is unacceptable.”

Related Listening: We have a whole podcast episode about access to Plan B.

Not only is "native women don't know how to use it" an incredibly offensive statement, but isn't it a pharmacist's job to explain medication to patients? Using a phrase like that is not only racist, it's unprofessional and shows that these pharmacists can't do their jobs correctly.

Thanks for this article, it's very interesting and important. I just wanted to make a suggestion to use "The United States" instead of "America" when discussing specifically the US. 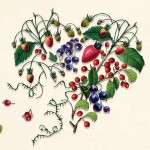