The Power and Protest of Public Sexuality in India | Bitch Media

The Power and Protest of Public Sexuality in India Before I moved to India, I was warned by many about the different cultural norms for public displays of affection among members of the opposite sex. Once I got there, though, I discovered that cultural norms are not so simple, and require one to consider questions like who had/has the right to determine what the norm has been/is currently, and how does one negotiate assimilating to a norm that is fluid and dynamic? After a year of being shocked and amused and confused and educated, I wrote an article that is way too long to be a blog post, but I’ll give you one of the highlights, and if your fancy is sufficiently suited, you can read the entire article on SeXis.


Open displays of affection are prohibited in India, even among those who are married, and the mostly seemingly benign infraction may attract unwanted legal consequences. Rule of thumb: if it doesn’t pass the film censor board, don’t do it on the sidewalk. A married couple in Delhi learned that lesson the hard way in September when they were arrested for public pecking while parting ways one afternoon. Although the high court judge dismissed the case, fear of being arrested on charges of obscenity or forced to pay a bribe to escape police harassment keeps most couples from crossing this boundary. So ask yourself ladies, what would Preity Zinta do? Yet where there are raging hormones, there are places to satisfy one’s urge for bodily contact. Similar to the retro overlooks where 1950s American teens discovered baseball metaphors, the youth of India have laid claim to scenic spaces of their own that facilitate an interesting type of public canoodling. After months of deftly avoiding the touch of men (my partner included) while navigating Kolkata’s crowded streets, I had to pick up my jaw from the dusty footpath when I stumbled upon one of the city’s not-so-secret places where teenagers publicly pronounce their private feelings.

There was scarcely a free bench around the lake at Rabindra Sarobar. Each one was occupied by couples who were tightly intertwined in love grips that would make a boa constrictor jealous. The participants warily eyed me while scanning in each direction for parents, aunties, or other possible known witnesses to their debaucherous bear hugs that lasted for hours. Finding that spot made me giggle for days before I started asking people if this place was an anomaly; it, of course, was not.

That's a pretty good observation of how things work. One ironic thing about these cultural norms is that while public displays of affection between mutually consenting couples is not usually tolerated, there is a lot of groping, verbal and physical molestation etc. that goes by the euphemistic name of "eve-teasing" that is usually passed off as something that men just do. While many groups are drawing attention to this problem at least in the last few years, as someone who's always lived in India, I've always found it confusing that my holding hands with a boyfriend might attract more attention than a stranger trying to feel me up.

That's why I thought it was important to link PDA in India to the incident in Mangalore and the indigenous resistance (like Pink Chaddi and Blank Noise Project) to the harassment women face in public at the hands of men.

On June 17th I started to participate in a survey related to dating and marital relationships at Red Book Magazine on line. By the second page out of numerous pages I'd notice that ALL of the answers to All of the questions listed the partner as male, and that the survey treated heterosexual relationships as the only valid one. I wondered if all Hearst Publications are anti-gay or whether its just their survey company, and was annoyed that I'd gotten sucked into reading their magazine. I emailed Red Book this message:

Your survey and your magazine seem biased against lesbian couples. Is there a "heterosexuals only" disclaimer somewhere on your site or in your magazine?

That was Red Book. I'm so glad there are magazines like yours (Bitch Magazine) to counter that kind of thing. 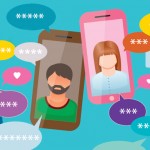