While I was watching regrettable late-night TV recently, an interview caught my attention: Ultra-conservative Florida Senator Marco Rubio discussing his admiration of the music of Tupac Shakur and NWA.

This isn’t breaking news; Rubio has been openly discussing his love of hip-hop since a December 2012 GQ interview.  To be clear, Rubio says he only knows about Wu Tang from The Dave Chapelle Show, which I am pretty sure is the main reason why Chappelle stopped doing that show in the middle of its third season.

It’s entirely possible that Rubio is just pandering to a younger crowd by proclaiming his love of rap. It’s no secret that the GOP has high hopes that Rubio will be their Barack Obama in 2016.  Obama loves Jay-Z, so maybe Rubio’s banking on dropping Tupac’s name to win youth votes.

But if Rubio is sincere, it’s ironic that a rising GOP star to profess his love for a music genre that his party put on trial at a Congressional hearing just six years ago. Rubio’s explanation? “I don’t listen to music for the politics of it.” Devout Republican Meghan McCain also professes to be a Tupac fan in much the same vein.

“I think Tupac was more someone who was trying to inform us about what was going on, and he did it through entertainment,” Rubio explained to TMZ while discussing his predilection for West coast rappers of the 90s over the prominent rappers of today.  Rubio says that he admires these rappers because he viewed them as “reporters” of their lives in LA.

Rubio describes himself as “the only member of the hip-hop caucus.” Given Rubio’s voting record, the hip-hop caucus apparently stands for increasing inequality, imprisoning people without trial, representing the interests of the richest Americans, and enabling violence against women.

Any message these rappers were trying to send to people in power has fallen on deaf ears with Rubio. Just this year, Rubio has voted down tax breaks for middle-class Americans and voted in favor of allowing the government to detain US citizens indefinitely without trial.

Although Rubio’s favorite rapper Tupac was once convicted on a sexual abuse charge, he often sang about the struggles of young urban women who faced the threat of daily violence and lack of access to family planning resources in songs like “Keep Ya Head Up” and “Brenda’s Got a Baby,” respectively.

Rubio, meanwhile, led the charge of 22 (male) Republican Senators attempting to block the passing of the renewal of the Violence Against Women Act (VAWA). Thankfully, Rubio lost this one—the act was finally passed in the Senate and House this week. 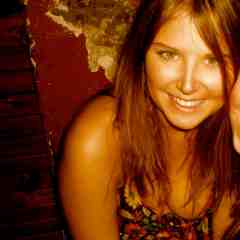 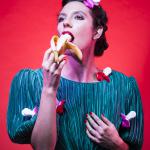