The Souls (and Hair) of Black Girls | Bitch Media

The Souls (and Hair) of Black Girls

“The average age of entry into prostitution today in the Untied States is 13 years old.” The stories of some of the girls whose lives bear out this disturbing statistic are told in Very Young Girls, one of three documentaries in recent years that examine the lives of black girls and women.

Very Young Girls is a documentary film that chronicles the journey of young women through the underground world of sexual exploitation in New York City.

A 14-year-old girl is lured from her home, beaten, raped, held captive, and sold for sex in New York City. The police find her – and arrest her.

A man who has sex with an underage girl should be prosecuted as a criminal rapist. But there is a loophole: if the child accepts money in exchange for sex, the rapist is now a “john” and rarely is subjected to greater punishment than a fine. For the very same act, the girl is often prosecuted as a prostitute and sent into detention. The average age of entry into prostitution today in the Untied States is 13 years old.

The United States government likes to say it leads the world in combating sexual trafficking, and grades other countries on their compliance. If a woman has been brought from the Ukraine to Manhattan and coerced to have sex for money, the US government provides her services under the 2002 Sex Trafficking legislation. She is a victim. But if she is a African-American girl brought to Manhattan from the Bronx, she’s a criminal and she’s going to jail.

Our double standard arises partly from myths about prostitution, promoted in the movies, song, and reality TV - girls are empowered sex workers, strung-out crack whores, greedy “hos,” or hookers with hearts of gold. Very Young Girls shows clearly, that with the average age of entry into prostitution in the United States at thirteen, that sexual exploitation is simply a commercial form of child sexual abuse, the effect of which can continue into adulthood and beyond.

The film follows the girls in real time, using verité and intimate interviews with the girls both when they are still working and when in recovery, The film also uses footage shot by pimps themselves that illustrate exactly how it all starts. Very Young Girls tells the story of girls who spend their teenage years being recruited and brainwashed by predatory pimps, bought and sold on the street, sent to jail, and then recovering from the trauma of sexual exploitation.

Recovery occurs through Rachel Lloyd, who runs GEMS, the only survivor-led organization in New York that offers services to sexually exploited girls.

Rachel rescued herself from sexual exploitation, and in 1999 went on to found Girls Educational & Mentoring Services (GEMS), the only organization in New York State specifically designed to serve girls and young women ages 12-21 who have experienced commercial sexual exploitation and domestic trafficking.  In the past decade, GEMS has helped hundreds “exit the commercial sex industry and to develop to their full potential.”

[Rachel] and her staff are relentless in their mission to help girls sent by the courts to GEMS after being arrested, or found on the streets by GEMS staffers, to piece their lives back together in group therapy. But sessions reopen wounds as girls relive memories of the abusive homes they ran away from, pimps who convinced them that they were “in love,” the nightly rapes they endured to make money so their pimp would give them attention instead of a beating; and the fear that they will never be anything but a “ho” in anyone’s eyes - including their own.

A few girls will succeed, some will remain suspended on the edge of two worlds, and others will be sucked back into the underground.

Very Young Girls will change the way law enforcement, the media, and society as a whole look at sexual exploitation.

from The Fledging Fund and the GEMS websites

Visit the GEMS site to learn how you can help end commercial sexual exploitation and domestic trafficking of children.

The Souls of Black Girls

This film has been on my Get List for a while now, but I just got around to ordering it last week. I look forward to watching it with my older daughter, age 10.  (Both she and her 5-year-old sister grasped some age-appropriate meaning from A Girl Like Me, a short film about black girls and self-image, made by then-17-year-old Kiri Davis.)

The Souls of Black Girls examines contemporary and historical media images of women of color, and then questions whether trying to attain the standards of beauty typically celebrated in the media has resulted in a self-image disorder among women of color.

L.A.-based producer Daphne S. Valerius also wrote, narrated, and edited The Souls of Black Girls.  She says it marks the beginning for “my sisters, my aunts, my nieces, my cousins and my daughters who stand beside me to have a better understanding of why and how media images affect our self-image and self-esteem.”

After watching Chris Rock’s most recent he-man-woman-hating HBO special, Kill the Messenger, I welcome his latest project, Good Hair, which had a showing at Sundance in January:

“According to the story that comedian Chris Rock tells at the beginning of “Good Hair,” the documentary he produced, co-wrote and narrates that premiered here this week, his young daughter Lola came inside from playing one day and asked him, “Daddy, why don’t I have good hair?” That question launched Rock and director Jeff Stilson on a nearly global inquiry into the meaning and history – not to mention the prodigious financial significance – of hair in the African-American community…

Rock conducts frank, funny and sometimes startling interviews with superbly coiffed black celebrities from Maya Angelou and the Rev. Al Sharpton to Ice-T, Salt-n-Pepa, Nia Long and Raven-Symoné. He meets ordinary women in hair salons across the country; and even travels to the Hindu temples of India, source of most of the hair that ends up in weaves attached to African-American women’s heads. “Good Hair” is a smart and thought-provoking film without quite becoming confrontational. Rock raises the obvious fact that black Americans have assimilated to a cultural standard of beauty that is more European than African, but without treating it as a moral issue, or something that a movie made by a comedian is likely to change…”

Time Out Chicago interview with Chris Rock about “Good Hair”

Under the trafficking victims act mentioned above, a child under age 18 is considered a victim, and if she/he has a pimp, that person can be brought up on federal trafficking charges. Whether this happens in the US is another story, as most pimps and johns are not brought to justice and too many young people are prosecuted.

Another good but intense look at this topic is the audio doc From the Playground to the Streets I found it here http://www.prx.org/pieces/31601-from-the-playground-to-the-streets, but I think you can listen to it here too.
http://coloredgirls.live.radicaldesigns.org/article.php?list=type&type=34

Frankly speaking, I was impressed by this heartbreaking story about children without childhood. Seeing those young girls become a part of a web of lies and deception was tragic in the least. Seeing them treated with such hostility by the pimps was hard to watch too. 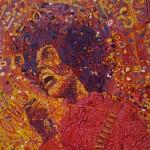 by Evette Dionne
Invisibility is the theme woven throughout “We Wanted a Revolution: Black Radical Women, 1965–85,” an exhibit currently housed in the Brooklyn Museum.