The Turkish Delight in Woman-Designed Mosque When a Turkish Saudi family approached Zeynep Fadillioğlu about constructing a mosque in memorial to their mother, she knew it was a once-in-a-lifetime opportunity. Turkey is a majority Muslim country with a secular constitution, and from this divergence emerges internal struggles between those with opposing ideologies. Fadillioğlu hopes the Sakirin mosque can be a symbol of unity in the midst of this conflict. Speaking about this to the BBC about being the first woman to design a mosque in Turkey, Fadillioğlu said, “Especially at a time when so much is being discussed wrongly of Islam not allowing women to have equal rights. The fact that a woman can build a mosque disproves this…I did not face any problems whatsoever. I was more scared myself. I had the prejudice myself, that I would have problems.”

During the time of the Prophet Muhammad, women and men prayed together in mosques. These days in Turkey, these places of worship are thought by some to be the realm of men. Drawing on her own experience of praying in mosques, and preserving both contemporary and traditional practices, Fadillioğlu designed a large, open second floor balustrade as a space for women while the expansive first floor is reserved for men. A modern raindrop chandelier is combined with Ottoman era religious art and glass etched with passages from the Qur’an. Fadillioğlu worked in tandem with theologians and experts in Islamic art, and said the experience was both a spiritual and artistic one. “Even though I’m not really a practicing Muslim, this is a very special project for me,” Fadillioğlu told NPR.

The Sakirin mosque opened with a ceremony on May 8th.

If not in the Qu'ran, then *at least* surely in the hadiths there is much misogyny.

If there is "no difference between a man and a woman in Islam," pray tell me: why must women pray separately up on the 2nd floor? Or as is done usually, in the back of mosques?

Not exactly whooly representative; there is no need for men and women to pray side by side; After all, even 'Moderate' scholars believe it is wrong.

of Jews and their practices. But you don't, do you? No one does in "polite company," lest they be tagged anti-Semitic (another misnomer). I remember reading about a Jewish American woman who had gone to the Western Wall to pray. She was attacked and beaten by a group of men for daring to approach it. It is also found in some Jewish traditions and some Orthodox Christian traditions that women are required to stay in the back of the "houses of worship," while men sit in the front. Yet, it's only Islam that is painted as inherently anti-female? Please. The fact is, I have been shown far more respect by Arab and Muslim men than by most American Christian and Jewish men when it comes to my political opinions. I don't have any use for fundamentalism of any kind--Christian, Jewish, Muslim, Hindu, Buddhist, what-the-fuck-ever--but I despise the constant blind spot Americans choose to adopt on this front.

The mosque is beautiful! I love her mixture of modern and traditional elements. Turkey's on my list of top 3 places to visit and now I've got one more reason to go!

That's what I love about religious architecture - it's designed with so much feeling, with this connection to the divine. Mosques like this one and old Catholic cathedrals are built as this celebration of God and they are some of the most incredible works of art in existence. As an agnostic westerner, I wish I could find such passion in something in my life, or even that they'd construct more multi-faith spiritual centres (much like the Rothko Chapel in Houston) that celebrate the magnificence that is life.
Thanks a lot for this wonderful post! 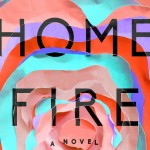