The United States Gets a C Grade on Reproductive Rights 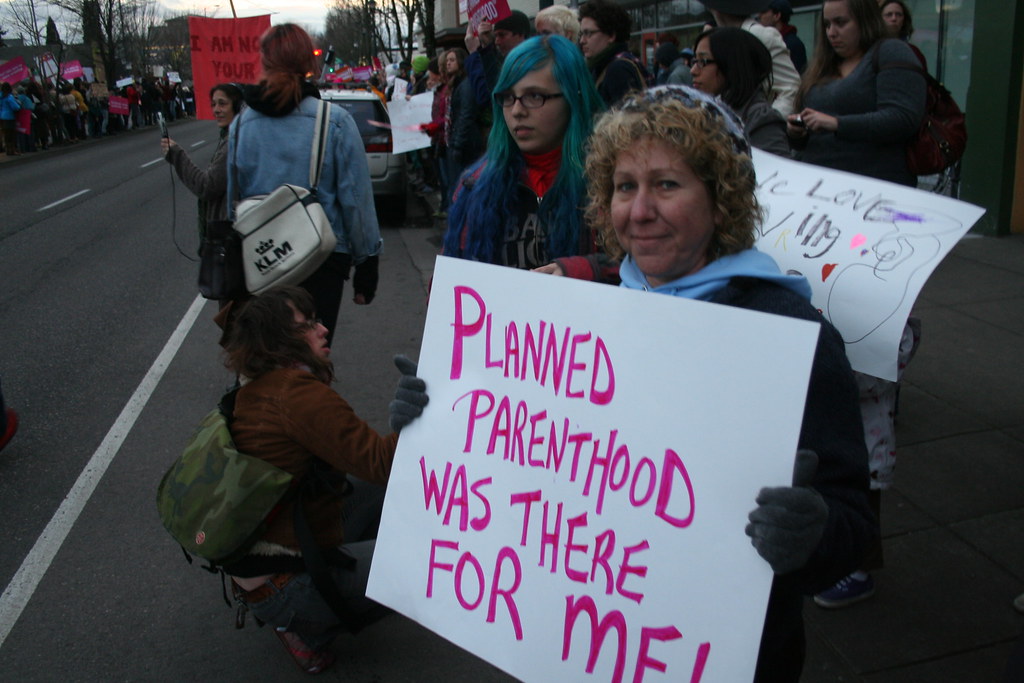 Planned Parenthood supporters at a reproductive rights rally in 2011. Photo by Sarah Mirk.

Your rights shouldn’t depend on your zip code. But that’s exactly what’s happened in the United States, where states each treat abortion access, sex education, and birth control coverage differently. In the past decade, anti-reproductive rights groups have stepped up state-by-state campaigns to make it more difficult and expensive for women to get abortions, plus pressured states to roll back funding for birth control.

The report looked at nine factors to determine each state’s grade. The group points out that while reproductive health advocates have done a solid job recently of reducing the teen pregnancy rate and improving access to health care, numerous states have passed burdensome laws that have forced women’s health clinics to close. 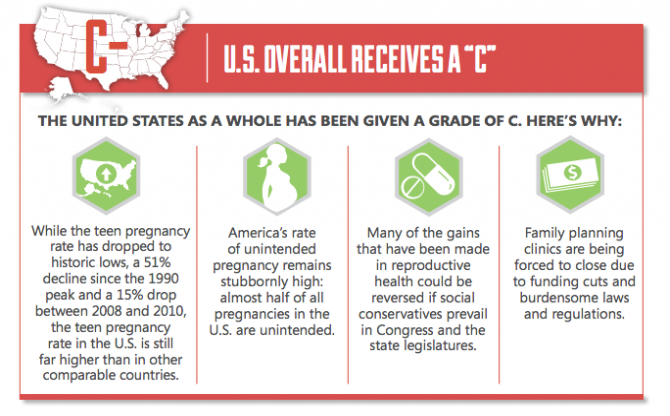 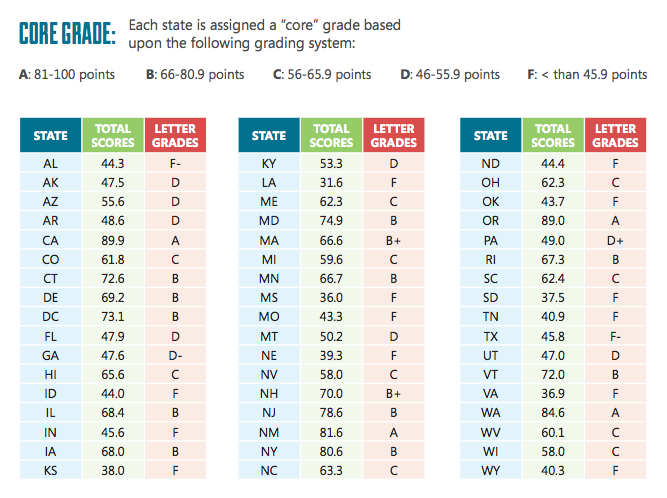 Sarah Mirk is Bitch Media’s online editor and has lived in three of the four A-grade states.

Oregon has a long way to go to help ALL women access abortion. Even though there are not legal barriers, like those in the other states, many are blocked by access (physical location or transportation to clinic) and financial barriers. It is important for Oregon to work to make sure all women, just not wealthy ones, can get the care they need. If any one wants to support organizations in Oregon working to ensure access for ALL women. Check out ww.facebook.com/prochoiceoregon and learn more about NARAL Pro-Choice Oregon.

Relevant: Fearing Violence, a Hospital Told a Doctor to Shut Up About Abortion 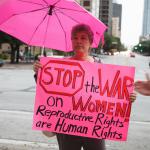 by s.e. smith
Dr. Diane Horvath-Cosper has filed a civil rights complaint against her employer, MedStar Washington Hospital Center, after she was ordered to shut up about abortion.