The Untold Story of Women in the Zapatistas | Bitch Media

The Untold Story of Women in the Zapatistas 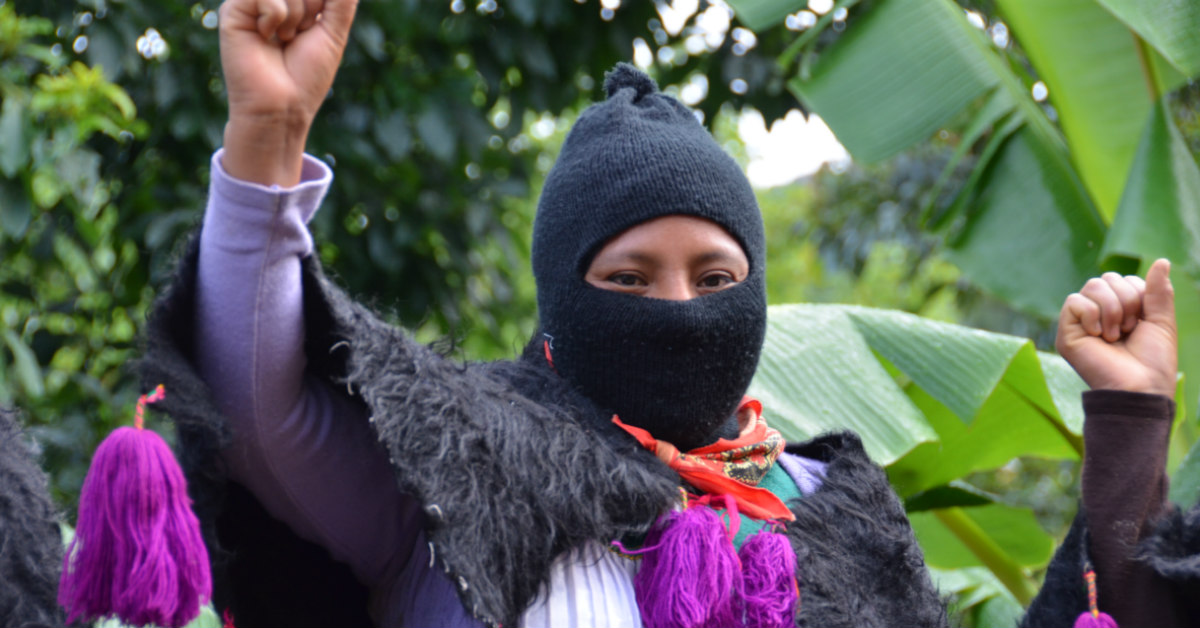 This story was originally published on March 13, 2015.

On New Year’s Day 1994, the Zapatistas catapulted into the international spotlight. The leftist indigenous group staged several armed uprisings in Chiapas, the southernmost state in Mexico, calling for a bottom-up revolution. Since then, thousands of activists from around the world have traveled to Chiapas to work with and learn from the Zapatistas. Journalist Hilary Klein worked with Zapatista women for six years, including a project collecting women’s testimonies about how they organized the Zapatistas and how their lives have changed. Then they asked her to compile a book for an outside audience. Compañeras: Zapatista Women’s Stories, which came out on Seven Stories Press in February, is the result. Klein took some time between book launch events to answer a few questions about the Zapatistas, women’s organizing, and what we in the Global North can learn from their example.

Can you give readers a short description of the Zapatistas?

I’ll try! The Zapatista Army of National Liberation, or EZLN, is a guerrilla army but also a broad, grassroots social movement. Chiapas is one of the poorest states in Mexico and has a high concentration of indigenous people. The EZLN comes out of the legacy of indigenous resistance and the Mexican Revolution. It’s named after Emiliano Zapata, a hero of the Mexican Revolution, and takes up his banner of “land and freedom.”

The EZLN started out as a clandestine organization in 1983, and organized in secret for 10 years, recruiting people from rural, indigenous villages. Some went to the mountains to become Zapatista insurgents; others joined the Zapatista civilian support base. They held a brief armed uprising in January 1994, which captured the world’s attention as the Zapatistas declared war on the Mexican government and took on global capitalism itself. The EZLN chose that date because NAFTA went into effect that day. They recognized that this free trade agreement—and neoliberalism in general—would have a devastating impact on rural communities throughout Mexico.

Although it’s still an armed struggle, the EZLN has not used its weapons since then. The Zapatista movement has become more known for its peaceful mobilizations, its dialogue with civil society, and its project of indigenous autonomy.

What are the effects on women in Zapatista communities?

Before the Zapatista uprising, indigenous women in Chiapas were often forced into arranged marriages at a young age. They had 10, 12, sometimes 14 children. They couldn’t leave their homes without their husband or father’s permission. And because women were so limited to the private sphere, public affairs and community decision-making were dominated by men. The EZLN has always had a clear commitment to women’s right to participate at all levels, and Zapatista leaders insisted on this from the very beginning. In spite of some men’s resistance, there was a strong response from women who wanted to be involved, who wanted to see a change in their lives. As women became political leaders, insurgents, health and education promoters, and coordinators of economic cooperatives, they began to shape the Zapatista movement. This, in turn, led to a series of changes in their families, homes, and communities.

In 1993, the EZLN passed the Women’s Revolutionary Law, which lays out some basic rights: the right to public and political participation, to be free of violence, to choose your romantic partner, and to decide how many children to have, to education and healthcare. This law became an important cornerstone for women’s rights in Zapatista territory and a tool for women to exercise these rights. There’s still a lot to be done, but what’s been accomplished so far is pretty incredible. Zapatista women now choose their own partners, they often have two to four children, and there has been a dramatic decrease in domestic violence. It’s less tangible, but I think the most important change is the way women carry themselves—with confidence, with dignity, with a sense of their own self-worth. 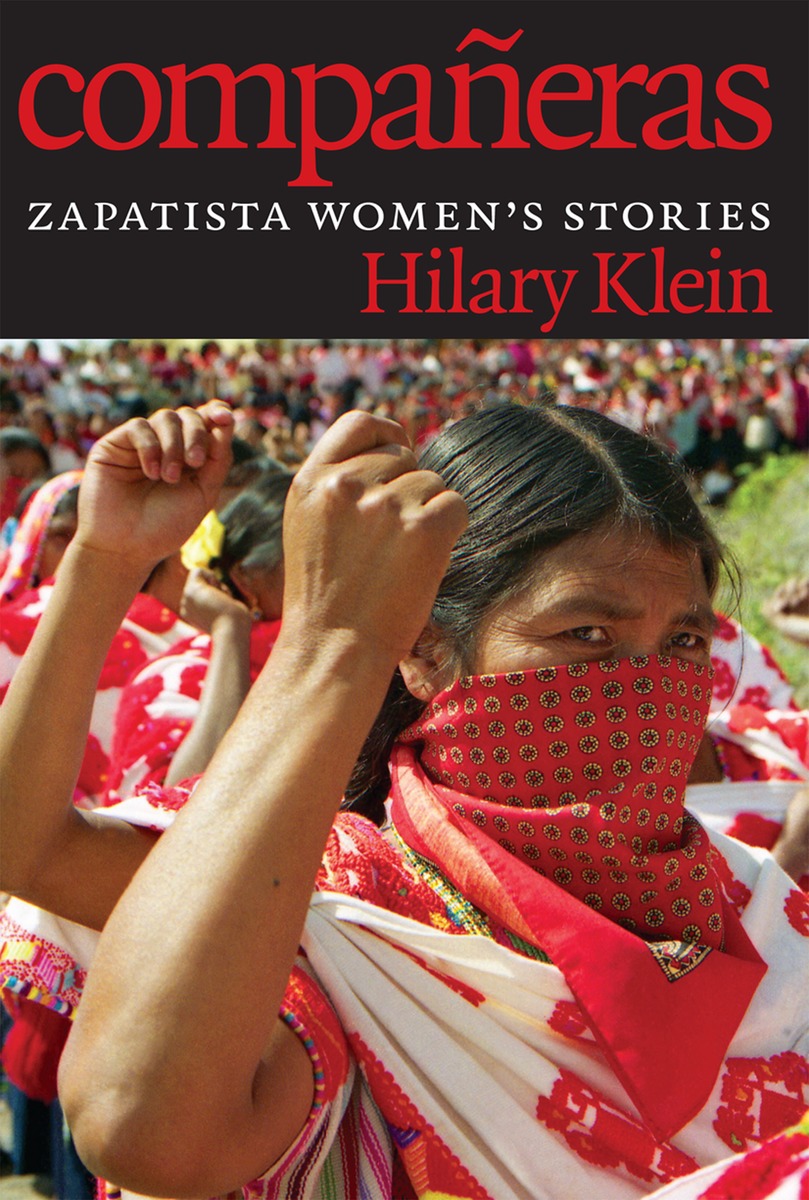 The Zapatistas have banned alcohol, which many women attribute to the decrease in domestic violence. Tell us more about how these two are connected.

The Zapatistas decided to ban alcohol in the early 1990s. It was partly to protect their own security while the EZLN was still clandestine, but they also recognized the terrible impact of alcohol abuse on families and communities. Historically, alcohol was used to keep indigenous communities weak and disorganized. Zapatista women talk about the relationship between alcohol and domestic violence—men coming home drunk and being violent, but they also talk about their husbands spending the little money they had on alcohol instead of food or clothes for their children and then having to scramble to figure out how to feed their children. So women pushed very hard for the Zapatista law against alcohol.

At the same time, men were thought to have the right to abuse their wives, whether alcohol was involved or not. I’ve heard many stories from older women who, before the Zapatista movement, were beaten by their husbands and if they tried to complain, the elders told them not to tell anyone, or to hide their bruises. In the Zapatista movement, there was a tremendous amount of consciousness-raising and political education work to change the assumption that domestic violence is normal and acceptable behavior. The Women’s Revolutionary Law states, “No woman shall be beaten or physically mistreated by family members or by strangers.” I think the ban on alcohol was an important factor, but the drop in domestic violence probably would not have happened without the work to address violence against women. It was also a time when women were increasingly exercising their rights in general—standing up for themselves and each other, and had more of a voice in public affairs.

In Zapatista territory, the Women’s Revolutionary Law is considered the guiding principles in terms of women’s rights, and I think most autonomous authorities really see it as their role to address interpersonal violence with justice and fairness. One of the interviews I really enjoyed was a collective interview in an autonomous municipality called Olga Isabel. We were talking about the autonomous justice system, and it turned out that there was a woman named Ruth, who’s on the Honor and Justice Commission, and a woman named Carlota, who had brought a case of domestic violence before this commission. It was interesting to hear them both talk about the same case—Ruth talking about how challenging but also how rewarding it is to tackle domestic violence, and Carlota talking about how her case unfolded and how pleased she was with the result. I think the Honor and Justice Commission would have punished Carlota’s husband if they thought it was necessary, but they were able to reach an understanding and since then, Carlota reports that her husband is no longer abusive and is much more supportive of her in her role as a regional women’s coordinator.

But there’s no guarantee about these things in Zapatista territory either. I think it still depends on who’s on the Honor and Justice Commission and their consciousness about women’s rights and gender equality.

For people organizing elsewhere, what lessons can be drawn from the Zapatista women?

There’s still a lot of work to be done, and Zapatista women will tell you that too. They often frame their vision for women’s liberation in terms of the lives they want for their daughters and granddaughters. But uprooting patriarchy is not something that happens overnight.

As women’s leadership shaped the movement, the EZLN has evolved a much more nuanced gender analysis and has looked for ways to really address patriarchy. To me, this is the most important lesson that we can draw: Zapatista women—and their stories of courage and dignity—remind us that revolutionary struggles cannot achieve collective liberation for all people without addressing patriarchy, nor can women’s freedom be disentangled from racial, economic, and social justice.

These are only untold stories in the sense that Americans are not paying attention to them. Everything in here is pretty well known in Hispanic countries.

I would add that Americans who pay attention already know these stories too.

Untold strikes me as a bit arrogant and ignorant. Many voices were already speaking and telling these stories. Choosing not to hear them doesn't make them untold.

Comandante Ramona was an influential member of the...