The Wedding March: Nice Day For a White Wedding

The vows have been said, the register signed and the happy couple kissed on the balcony of Buckingham Palace in front of screaming crowds. For those of us who didn’t score an invite to the most exclusive wedding of the decade, the media was on hand to guide us through the day—with a depressingly predictable side order of sexism.

From the Daily Mail article about the “struggle” William had to fit the ring over Kate’s finger—apparently women can now add ‘fat knuckles’ to their list of problem body areas—to QILF becoming a trending topic in London, both professional and amateur commentary had more than a whiff of misogyny.

The BBC footage was split between Huw Edwards and Fearne Cotton—one a news anchor, the other a presenter of light entertainment shows. Whilst both acquitted themselves reasonably well—despite Edwards’ describing a shot of the bride’s figure as “a splendid view”—it was an unwelcome reminder about the priorities women are supposed to have. Whilst Edwards dealt with the comparatively weighty matters, Cotton was left to talk to the crowds and wait with baited breath for the first glimpse of That Dress.

The only female voices discussed celebrity and fashion, and although this was a day light on real news, the pigeonholing of female presenters was an unwelcome reminder of the fact that serious issues are nearly always presented by a man. It reinforces the idea that female presenters are there to add glamor and show a bit of leg, whilst the real work is done by the men. Although as prone to gender bias as any other media organ, the BBC has a number of women it could have used if Cotton was seen to lack sufficient gravitas to discuss more serious issues. Even the pundits were split down gender lines—historian Simon Schama was called upon for a few antiquarian anecdotes, but the women were mainly confined to sighing over Sarah Burton’s admittedly luscious creation.

Whilst a royal wedding is hardly the most serious of news stories, it is one that has received an overwhelming amount of coverage and more attention than it frankly deserves. It is seen, rightly or wrongly, as one of the most important events in the media calendar, and if women aren’t given the opportunity to transcend the tears and tiaras today, it shows that there is still an underlying problem in the perception of female broadcasters being taken seriously.

The BBC also had Sophie Raworth and Emily Maitlis (both well-respected serious news presenters) as part of their presenting team. And yes, I guess you could intepret the presence of three males in the studio as sexist but, really, it was a Royal Wedding for pity's sake - you can't get a more institutionally staid target!

Of course, there's not going to be too much of a feminist slant to the proceedings - it's an upper-middle class woman marrying the future king. Did you honestly expect them to skip down the aisle whilst the choir sang a medley of Sleater Kinney songs?!

Sorry Bitch, but I thought the event was heartwarming - two people marrying for love - the huge number of people supporting that, be it the million people lining the streets of Westminster or the 10s of millions watching on TV.

love or not, it's still a regression to the 19th century. i get the idea of royals as pets of modern society, but that still doesn't make it anymore progressive

It's admittedly less overt than the sexism - though the princess complex is something I already have problems with (like being the contributor to such wonderful programs as "My Super Sweet 16") - but with the multicultural, multi-ethnic status of Britain and America, you think there would be more non-whites in the mix, but that's all you see. This leaves minorities from both countries losing interest, because this more or less states that no matter how far we've come as a society, we're undervalued. The fact that the Queen chose not to invite Obama only exacerbates this, and reveals blatant hypocrisy on how America and Britain should "unite" to honor Will & Kate.

No thanks. You can keep that pretentious BS. 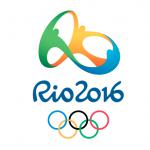