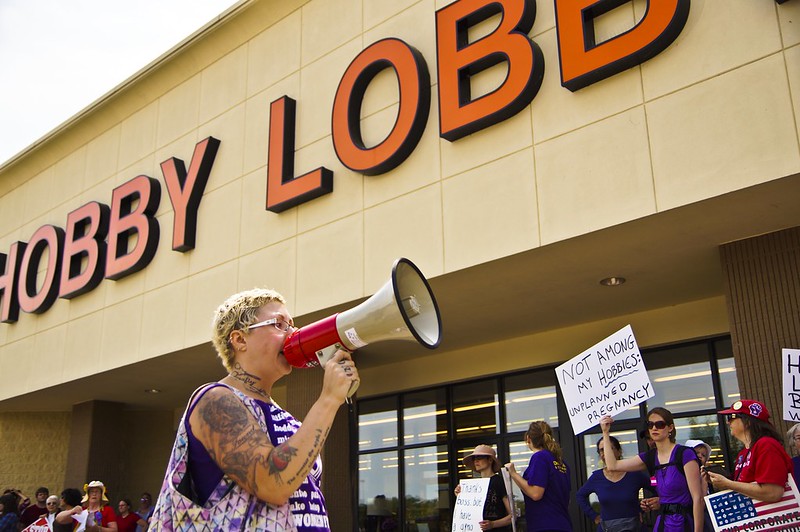 Within days of their ruling in Burwell v. Hobby Lobby, the Supreme Court’s conservatives disproved their own argument about that decision’s “narrowness.” In 72 hours, the hairline cracks left by the Supreme Court ruling exploded open.

Last week after the Supreme Court handed down the ruling in the Hobby Lobby case, Illinois Christian liberal arts school Wheaton College applied for a temporary injunction that would allow it to expand the Hobby Lobby decision to let the college opt out of providing insurance coverage for birth control.

Here’s the background: In 2012, the federal government created a program that allowed religious nonprofit institutions to “opt out” of the Affordable Care Act’s contraception mandate. All that’s required to “opt out” is filling out an uncharacteristically simple government form, Form 700, that essentially affirms a religious objection to birth control. From there, the institutions’ insurance company can provide contraceptive care for female employees who need it, without informing or involving the employer.

As a workaround, it’s tedious. This system leaves open the question of who pays for the coverage—the government or the insurer. It is not the most ideal solution, but it is the workaround whose existence the Supreme Court used to justify ruling in Hobby Lobby’s favor, granting the craft chain (and all “closely held” corporations) the right to religiously object to laws they disagree with. And it is a workaround the Court just undermined by granting Wheaton College’s injunction.

According to the Court’s majority—over the vociferous dissent of the women on the court—asking Wheaton to sign a form affirming its religious objection is also a violation of Wheaton College’s religious liberty because the school’s scions feel that signing the form “triggers” the provision of contraception.

In a matter of days, Justice Ginsburg, whose withering dissent to Hobby Lobby termed it a ruling of “startling breadth,” has been vindicated. She and the other dissenting justices—including all of the Court’s women—did not trust Justice Alito’s majority opinion, nor Justice Kennedy’s reassurances that this ruling has a narrow scope, confined only to the unique facts of Hobby Lobby and Conestoga Wood’s claims. As they and now a chorus of commentators have argued strenuously, there are no brakes on the Hobby Lobby ruling.

The scene outside the Supreme Court on July 4th. Photo by Madame Moew (Creative Commons).

Nothing in the ruling’s logic draws the necessary distinctions that would obviate its more expansive use; no legal reasoning keeps it narrow.

The logic of the ruling would, in theory, allow it to be applied to all contraception and all religious objections, and it would also allow all corporations (not just closely-held ones) to be considered persons that exercise religion.

In a sense, we are in a strange new world where the court’s liberals have adopted conservative circumspection and the court’s conservatives have become the incautious radicals.

The Court’s women have also been troublingly vindicated by more unpleasant news this week: the Court ordered three appeals courts to reconsider their rulings in cases where they had rejected challenges from corporations that sought to use “sincere religious belief” to deny all contraception coverage. At the same time, they denied requests by the government to have lower court cases reviewed that ruled in favor of similar challenges.

Justice Sotomayor’s extraordinary dissent to the Wheaton injunction was signed onto exclusively by the Court’s other two women, and it is a testament to the judicial restraint that seems to have absconded from the Court’s right wing. She casts the matter in appropriately stark terms: “That action evinces disregard for even the newest of this Court’s precedents and undermines confidence in this institution.”

She observes, quite rightly, that this injunction sets a dangerous precedent, providing unnecessary exemption from the law on unproven grounds. Courts remain deeply divided on the religious liberty question, and the specific claim of Wheaton College—that the signing and filing of Form 700 is a burden on its religious liberty—has not been adjudicated upon by the Court. The injunction, essentially, picks a side long before it is appropriate for the Court to do so.

But it gets even more insidious. Granting a last-minute injunction of this nature is, as Sotomayor observes repeatedly, quite rare and requires extraordinary circumstances. By granting Wheaton’s request, the Court is profoundly privileging “religious conscience”—at least when the heart of that conscience beats for right wing causes. It also suggests that the Court has no role in deciding the nature of religious-burden claims before it.

This matters for two key reasons.

One, as Sotomayor writes, Wheaton’s factual claim is incorrect. The contraception coverage is not “triggered” by the form, but by dint of federal law.

Two, a religious burden does not exist simply because one feels it is there; it must pass muster before the Courts, in essence.

Justice Sotomayor makes this abundantly clear in her dissent:

“Wheaton is mistaken—not as a matter of religious faith, in which it is undoubtedly sincere, but as a matter of law: Not every sincerely felt ‘burden’ is a ‘substantial’ one, and it is for courts, not litigants, to identify which are.”

What she means here is not that the Court must get into the business of theological dispute, but rather restating the important question that should also have been at stake in Hobby Lobby: are the factual claims of the religious burden correct? Hobby Lobby and Conestoga Wood averred that IUDs and Plan B were “abortifacents.” This is scientifically false. Now Wheaton College has said that signing Form 700 “triggers” the provision of contraception and makes it complicit in abortion. These are both untrue, both as matters of law and science. Sotomayor is arguing that this matters.

The great risk of this injunction is that a wide space has been opened for all manner of religious claims to punch holes in federal law, so long as they are claims that the conservative and libertarian Justices are sympathetic to.

The role of the Court’s women this term has been nothing short of extraordinary. Justice Sotomayor’s dissent builds on the strengths of Justice Ginsburg’s, taking the core questions of both Wheaton and Hobby Lobby head on while not abandoning the posture of caution and fairness that characterises the best Court rulings.

As with Justice Ginsburg, I fear Justice Sotomayor’s foresight will be vindicated all too quickly. She writes in a footnote:

“In addition, because Wheaton is materially indistinguishable from other nonprofits that object to the Government’s accommodation, the issuance of an injunction in this case will presumably entitle hundreds or thousands of other objectors to the same remedy.”

As I write this, thousands of other objectors are doing just that—with all forms of contraception, and now with LGBT civil protections.

The Court’s women have had to take the lead in warning us that the very foundations of our civil society are increasingly at risk. The Court as a whole, in Sotomayor’s words, has allowed “Wheaton’s beliefs about the effects of its actions to trump the democratic interest in allowing the Government to enforce the law,” and also undermined confidence in the institution by hobbling the very programme whose existence alone justified the ruling they handed down just days earlier. It gives away the game, and clearly Justices Ginsburg, Sotomayor, and Kagan are having none of it.

Katherine Cross is a writer and PhD student in Sociology at the CUNY Graduate Center; she has a weekly column at Feministing. 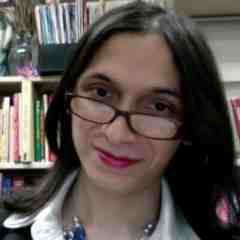 good intentions? don't think so! why would you say that?

the whole point of a federal law is that it is a LAW - which applies to EVERYONE - hey, I may have a religious objection to paying taxes, so I'm home free, right, ? 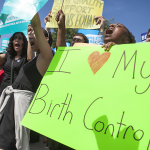 by Sarah Mirk
An annual report card grades states based on access to birth control, quality sex education, and abortion.