“As a butchy dominant leather woman I am used to being vilified in the media” – Arsenic Alyss, Bitch commenter.

Whenever I encounter a BDSM-curious feminist, I point them toward the intelligent and articulate So I turned to literature to see if I could find something a little more complex and classy. In Anne Rice’s kinky twisting of a fairy tale, The Claiming of Sleeping Beauty, hostage Beauty mostly plays slave to the Prince who has awakened her from her sleep, but women take a fancy to her too: “Ah, what a darling,” said Lady Juliana. “Give me an hour with her.” The Prince’s mother, the Queen, is the typical sadistic dominatrix figure: “She is not so bad,” said the Queen, and Beauty could feel the iron in her voice, her cruelty.” As a woman, to be strong, to inflict pain, instantly makes you the baddie in any fairy tale—and if you’re inflicting pain on another woman, it must be because you’re a jealous hag who’s losing her looks (see also Cinderella, Snow White). I guess we can’t expect much from centuries-old stories, but the modern re-writing of one presented an opportunity for smashing stereotypes about girl-girl action, which was sadly not taken.

With that, I moved on to notorious kinky read The Story of O. Plenty of lesbian action in here, but again, it’s against the background of a controlling/voyeuristic male. O’s first encounter with a woman is because her “owner” Sir Stephen admits “I desire to see you embrace and caress a woman” and it is with the ulterior motive of luring the other woman into Roissy, the den of iniquity where O has already been “trained” by various men. Later, O is restrained and whipped by dominatrix Anne-Marie, then pierced and branded by women, but again, all at the orders of Sir Stephen. There are scenes of tenderness and eroticism between Anne-Marie and her “charges” O and Yvonne, but the overararching purpose of Anne-Marie’s domination mostly seems to be preparing the women for sexual slavery to men.

19 Comments Have Been Posted

Great article. It's going to take a lot of activism to make images of "women who are non-white, non-slim, non-femme, indulging in kinky behavior with each other for no one's pleasure but their own" more mainstream, but they do exists. I am the Editorial Director of Shilo McCabe's Sex-Positive Photo Project and we have those images for you. We are not-for-profit and see creating this content and making it available a form of activism. Come check us out. From our site, you will find links to other projects with authentic representations of sexuality. We are really, really proud of the work we are doing.

I second Pink & White Productions for a queer photo/video source of great queer kink. However, not all of the performers identify as female (some are trans men or genderqueer folks and even some cis guys). However, I would say that the bulk of the content on the site is scenes between two women with most of the scenes containing some kind of kink such as spanking/chest slapping, breath play, crops, toys, dom/sub talk, etc.

I don't know if anyone hs mentioned this already, but in Laura Antoniou's Marketplace series, you have Ken Manderin who is definately non-white, and non-femme.

Um, you manage to mention Patrick Califia in the first paragraph and then turn around and ask this question? Just sayin.'

And the wonderful world of e-books, which I can't even begin to scratch the surface of at the moment.

I'm writing it and Xcite books are publishing it. I grew up on Pat Califia, Laura Antoniou, Carol Queen, Red Jordan Arobateau... Those are big boots to fill. I'll do my best.

I love that you are reminding us of our roots - Gayle Rubin, Patrick Califia. I have my own worn copies of their early guides. I remember reading Califia's Sapphistry over and over - the very completeness of it ensuring that I felt 'normal' in my own desires.

There needs to be more. I agree. It's important to examine the fear surrounding women exploring these dynamics sexually. What's really under that fear? How can we be released by digging deeper and being less afraid of what turns us on? One of my readers commented that what I write is really 'existential smut' and I agree. I am not just turned on by what I write. I believe in the power of pushing our sexual imaginations beyond the comfortable boundaries that exist in order to feel braver and more alive.

This is a difficult question, especially since one might think that a bi woman into kink would be wholly okay with "the male gaze" in media portrayals of lesbian action. Er, no. Well, maybe... But no, still not okay (See why this is hard?). Bisexual women are also looking for genuine portrayals of two women "indulging in kinky behavior with each other for no one's pleasure but their own." That doesn't mean that bisexual submissives can't enjoy "The Claiming of Sleeping Beauty" or "The Story of O" without being shamed. So, where do we belong?

The memoir, "The Chronology of Water," has beautiful writing, but can be a tough read because of the writer's troubled life. I bring it up because it is an example of a bisexual writer who does depict same-sex relationships without a male gaze. Among other things, it has a very moving chapter describing the writer's relationship with a domme.

What about "Preaching to the Perverted"? I remember it being a great surprise in how it depicted motives and (various forms of) relationships of BDSM-practitioners, male/female, heterosexual/homosexual/bisexual alike. I especially remember how in the end it turns out that one of the female "slaves" runs the whole place. Furthermore, hegemonic concepts of family, motherhood and sexuality were questioned in this film.

People have named so many interesting things here I can barely keep up! Thank you for bringing all these examples to my attention.

Commenters have already mentioned a bunch of things I would second, including: Coming To Power, The Second Coming, the Leatherwomen anthologies, Pat Califia (esp. Macho Sluts and Melting Point), Sinclair's new book Say Please (which has a story of mine in it).

-Best Lesbian Erotica collections (esp. post 1997) have consistently included kinky stories
-Salacious Magazine (http://www.salaciousmagazine.com/)
-There are quite a few lesbian stories in Pat Califia's anthology Doing it for Daddy
-There are some lovely kinky stories in Sometimes She Lets Me: Best Butch/Femme Erotica, ed. by Tristan Taormino

Some in my personal library that are out of print/hard to get except used
-Tough Girls: Down and Dirty Dyke Erotica, ed. by Lori Selke
-Faster Pussycats: Live Girls After Hours ed. by Trixi
-Kate Allen series of 4 Alison Kaine mysteries (about leather dykes in Denver): Tell Me What You Like, Give My Secrets Back, Takes One to Know One, and Just a Little Lie

One of the early leatherdyke stories I fell for is by Robin Sweeney, called "Picking Up Daddy" and was printed in Best American Erotica 1999. I say that to point out that there can be awesome stories in non-lesbian specific collections. If you look by writer instead, you can track down amazing stories.

On Our Backs magazine had all kinds of women in it!

I just got done reading your article, and really enjoyed it, thank you. You can see some fun books at www.fun2readbooks.com where you can also hear the girls read the stories for the same price as a paperback book, but they are reading exotic sexy stories that will get you going! 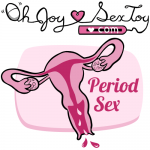