This is the Summer of Lesbian Web Series | Bitch Media

This is the Summer of Lesbian Web Series

There is a whole wide world beyond The L Word. While there’s only a pittance of shows on television that feature openly lesbian characters, lesbian storylines are blossoming online. What’s great about these recent web series is that they diverge from many of the typical stereotypes of lesbians on screen, claiming more distinct and honest voices—in part because they’re not trying to appeal to mainstream cable markets. From the array of lesbian-centric web series, here are three to check out. 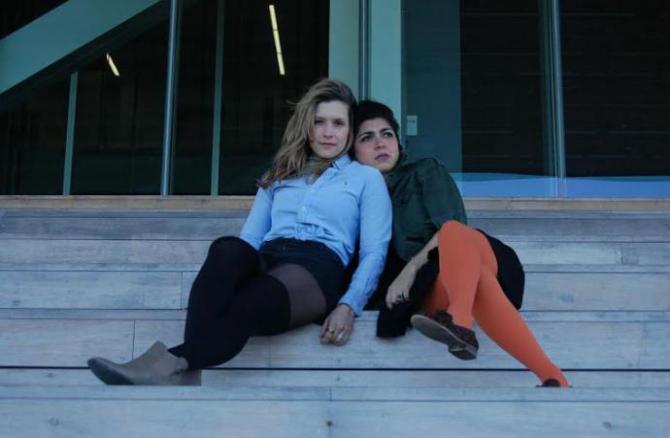 With two main characters—one straight and one lesbian—K&A is a humorous steppingstone into lesbian culture. The show follows Karly and Alex, two women living together in Boston, day drinking around the city, and generally getting into all types of shenanigans. What’s great about K&A is that it effortlessly blends together conventional straight culture with offbeat, lesbian culture, without making either one seem more important than the other. K&A creator Katie Shannon says, “I think a lot times the gay character is in the supporting role, or always there for the comic relief. I wanted Alex to be one of the leads and just as crazy as her straight counterpart.” K&A is definitely wild, with a mix of sophomoric humor and bizarre plots. I’m still waiting on the hit TV show that represents gay and straight characters equally—hopefully K&A can take us there. 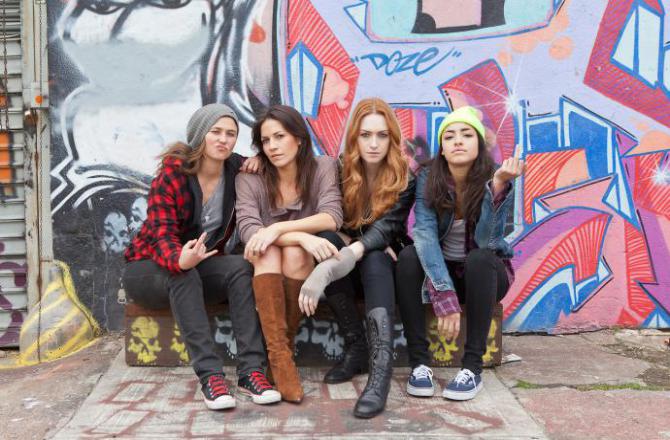 Though only one episode of this show has been released, Scissr definitely looks promising. Scissr features four lesbian tweny-somethings, one fictional lesbian dating app (SameSame), and endless relationship drama. Lauren Augarten, the show’s creator, says the inspiration for the show came out of a need to please herself: “I was starved for lesbian content that I could enjoy, for something that felt real.” Scissr does offer a more complicated, diverse representation of lesbians than many other mainstream shows do—yet the actresses are still glamorized by production. Their hair, makeup, and clothes all are a little too preciously Brooklyn hip, in my opinion. Augarten has rewritten Scissr as a half an hour pilot as a pitch for TV networks, and we can only hope that show maintains its integrity and diverse characters after stepping into the tangled web of television. 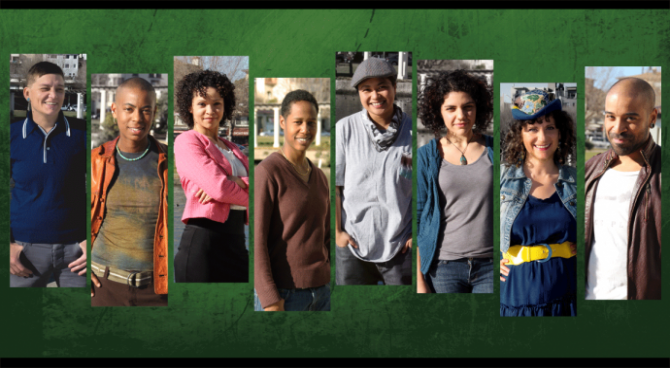 I can barely breathe when I talk about Dyke Central because I’m fangirling so hard. The show follows the lives of eight queer people living in Oakland, California and specifically focuses on three women who share a house together that they affectionately call “Dyke Central.” Not only does this series have addicting plotlines, but also the cast is a beautiful representation of everyday LGBT people. Giovannie Espiritu, who plays the fiercely loyal and charismatic Gin, says that the show thrives because it features a realistic cast: “There’s all different kinds of women in Dyke Central and they’re all seen as attractive. None of them are seen as joke. The conversation is about the relationships and the heartbreak. The conversation isn’t necessarily about them being queer, so it normalized the LGBTQ community.” When I watch Dyke Central, I see the faces, bodies, and identities of women who are like me and that, above all else, keeps me coming back for more. As creator of the show Florencia Manovil notes, the show “is an affirmation for queers of color. Saying, you’re not a freak, you’re not a weirdo. You belong.” Do yourself a favor and spend today swooning over the beautiful, diverse women of Dyke Central.

Related Reading: Loving and Hating LA Lesbians — An Interview with the Creator of the Queer Web Series “Little Horribles.”

Can't wait to check out these web series!

There is that free mini-webserie FEMININ / FEMININ, it's in french with english subtitles. http://femininfeminin.com/

I'm just saying, if you like lesbian vampires it's not a bad place to start.

yo carmilla and mslabelled have lesbian characters at the forefront!