Thoughts on Race, Journalism, and “Serial” 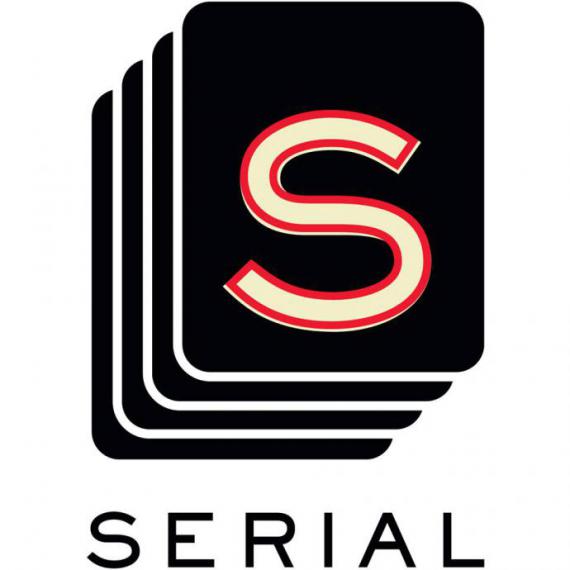 I am half-Pakistani. My mother was born in Pakistan, I grew up in North America. Superficially, I have a lot more in common with Adnan Syed—a Pakistani-Muslim who grew up in Baltimore and was convicted of killing his Korean girlfriend, Hae Min Lee, in 1999—than radio journalist Sarah Koenig does. Does that mean I’m more qualified to report on his case than she is?

Beyond a similar shade of skin, Syed and I have little in common. We are strangers just as much as he and Koenig were strangers when she started investigating his case for the new and very popular This American Life spinoff podcast Serial. It’s the same yawning chasm that every journalist faces with every story, regardless of the subject. That reality was downplayed in Jay Caspian Kang’s recent essay for The Awl, which revolves around the question, “What happens when a white journalist stomps around in a cold case involving people from two distinctly separate immigrant communities?”

Well, the same thing that happens when any journalist stomps around any case: We report. As reporters, we have the capacity to collect information, to process it and to reproduce it in a form that is as close to the truth as humanly possible. We are conduits. But we are human conduits. That means all reporters are affected by the limitations of their species, not to mention the limitations of their profession.

Media criticism is indispensable for a transparent industry and part of that is taking the white media to task when they report inaccurately on people of color, but Serial is not the venue for this particular discussion (at least, not so far). The very fact that Koenig incorporates into the story her lack of understanding and subsequent queries highlights her otherness (“the pretense of objectivity is stripped away,” as Kang puts it), which makes the story even more transparent, even more truthful.

Kang argues that we shouldn’t only write about the communities we’re born into, but that “Serial lacks the hard-earned and moving reflections on race” found in books like Darcy Frey’s The Last Shot and Adrian Nicole LeBlanc’s Random Family. “Instead, the listener is asked to simply trust Koenig’s translation of two distinct immigrant cultures,” he writes. “I can think of no better definition of white privilege in journalism than that.” But all journalism involves trust and translation. Every source, every fact, every choice reflects the journalist’s own experiences as well as those of their subjects—the two are intertwined, as any news story depends on who is writing, editing, and publishing it; the narrative has been decided before the reader or the listener arrives. At least in Serial, some of the subjects can speak for themselves. 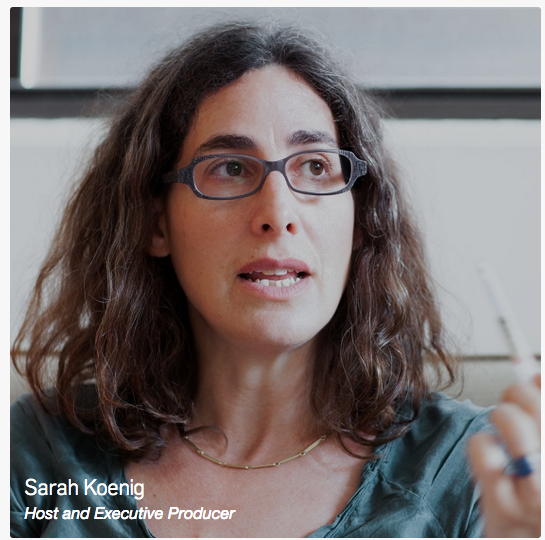 In discussions of journalistic ethics, people often quote this line from Janet Malcolm’s seminal (and serialised!) 1990 treatise on reporting, “The Journalist and the Murderer”: “Every journalist who is not too stupid or full of himself to notice what is going on knows that what he does is morally indefensible.” Every journalist should also know that bias can never be fully avoided. Our privilege comes not only from our access to information that others are not, but from our authority to communicate that information without the possibility of ever fully communicating its context. What is morally indefensible is for any reporter to believe they can be truly objective, Kang included. Serial isn’t “straight” journalism”—Koenig and her team are deliberately constructing a narrative. And they’re transparent about that. As This American Life host Ira Glass said in Mother Jones, “We want to give you the same experience you get from a great HBO or Netflix series, where you get caught up with the characters and the thing unfolds week after week, but with a true story, and no pictures. Like House of Cards, but you can enjoy it while you’re driving.”

It took a journalist to get this story. The fact is that Koenig had the instinct and resources to look further into Lee’s story when others—Amy Oakes, Jay Apperson, Caitlin Francke—simply reported it and moved on. “She put more time and energy and nights away from her family into this case than other Muslim Pakistanis who just walked away,” said Rabia Chaudry, a friend of Syed’s and a fellow immigrant, in a recent Refinery29 interview. Chaudry, who also appears in the podcast, brought Koenig the case. Did she choose Koenig because the staff of the Baltimore paper where Koenig worked had an over-representation of white reporters?

Last week, I posted Kang’s article on Twitter and questioned whether one could argue that Chaudry had been complicit in Koenig’s “white privilege.” Chaudry surprised me by tweeting back. “I am ever grateful to Sarah and the TAL team for their work and the writer’s perspective here is not mine,” she wrote, adding, “Privilege does not equal arrogance/maliciousness.” She’s right. And privilege is not reserved for white reporters alone, but for all of them. Every journalist has the privilege of telling others’ stories despite being limited by the scope of their own lives, filling in the gaps with empathy, experience and research. That’s their job. Chaudry told Refinery29 that she regrets having spoken with Kang for his Awl story. “We all come with certain privilege, that doesn’t make you a manipulative or malicious person,” she said. “To me, that’s not a condemnation of Sarah. It just means she’s a white woman.”

Certainly someone who shares a culture with their subject would probably understand the subject more fully. But that background would bring its own biases—it’s the job of good reporters of all races to recognize what they don’t know and what assumptions they’re bringing to the story. In the case of Serial in particular, it isn’t even clear that this is a story about race. Kang argues that Koenig casually debunks the theory that Syed’s Muslim background has anything to do with his girlfriend’s death. While the prosecutors in the case painted him as a devout Muslim who was enraged by how his relationship with Lee had led him to lie to his family, in the second episode of Serial, Koenig says that “Adnan claims he just wasn’t that religious.” What to believe? Like any good journalist would, Koenig presents the information. What she does not do is dwell on it because Koenig is not dwelling on anything, period. There are so many elements in this case that to focus on one would be to neglect all the others.

The one good point that Kang’s piece makes is actually a point made by Chaudry. Though Koenig suggests in Serial that the largely African American jury in Syed’s trial might have been more willing to identify with Jay—an African American school mate who testified against Syed—Chaudry also adds that “anti-Muslim sentiment was involved in framing the motive in this case, and that Muslims can pick up on it, whereas someone like her, who hasn’t experienced this kind of bigotry doesn’t quite get it.” Koenig does, however, introduce Deirdre Enright of the Innocence Project into the podcast. Enright says that it sounds like racial profiling was a factor in the trial (though she and her team do not bring it up again when they were recently recruited to investigate the case). Though it is unclear how much Syed’s race and religion were factors in his trial, considering this was pre-9/11, Koenig may not have been as clear about the possibility as she could have been.

On the same subject, in a companion piece to Kang’s, Julia Carrie Wong wrote on BuzzFeed this weekend that Koenig should have been more sensitive about Jay’s background. “Whether or not black jury members were predisposed to believe him, Jay had already run the gauntlet of the police and prosecutors in a system designed to criminalize him,” she wrote. Having said that, Wong also claimed that Koenig was treating Lee and Syed as model minorities and Jay as the “the threatening and untrustworthy black man.” This entirely ignores the numerous instances in which Koenig has expressed her skepticism in Syed’s narrative and her sympathy towards Jay. This interpretation also ignores the part in the podcast where Koenig points out how Lee and Syed both smoked weed, had sex, defied their parents by secretly dating people when they shouldn’t have—all of which counters the notion that they were “model minority.” Koenig appears to be actually presenting a narrative about being third-culture kids, one  that is absent in mainstream American culture, and is full of nuance and contradictions. Neglecting to see this, both Kang and Wong fall into the very trap they have created for Koenig—their own perspective shapes how they see the story. Jaime Green pointed this out in a post on Tumblr titled, “The Problem With the Problems With Serial,” stating that both Kang and Wong “habitually ignore context when that context would weaken a writer’s argument.”

Koenig, who has always been clear about her shortcomings in the case, spoke to Vulture last month about the “little judgments” she expresses in Serial. “I’m just being myself and trying to be as straightforward as possible, and tell the listeners directly when I think something is fishy or doesn’t quite add up, and freely admit when I don’t know how the hell something will turn out,” she said. Sarah Miller, another writer who responded to Kang’s white privilege article, wrote on Cafe.com that Koenig’s frankness had caused Miller to hear “some awkwardness in her, and sometimes hear a straining to understand, and be understood, to feel a part of, but it sounds to me like that is likely a by-product of reporting—which often bestows upon the reporter as much humiliation as authority—as it is due to her race.”

That’s the privilege that comes with being a reporter, regardless of race. And though both Kang and Wong have made it clear (as if it weren’t already) that we need more journalists of color, Koenig is not the one to blame for marginalizing communities, particularly when Serial appears to be doing the opposite.

Related Reading: NPR Explores Why the Voices of Women Are Taken Less Seriously.

Soraya Roberts is a Toronto-based freelancer who used to intern for Bitch (back in 2003!) who has since written for Salon, Slate, and The Daily Beast, among other publications. She is currently working on her first book. 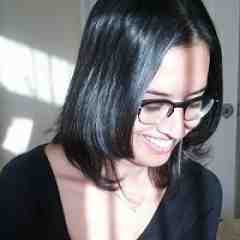 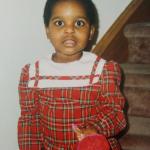