As you’ve no doubt heard by now, Community is being taken off NBC’s schedule indefinitely as of January. So I’ve decided to use this week’s episode to talk about why this series, as beloved by the Internet as it ignored by Nieslen families, deserves to stay on TV.

Community creator Dan Harmon tweeted that this week’s episode,”Documentary Filmmaking: Redux,” is the show’s “least accessible, least marketable episode in its alienating history!” And he really wasn’t joking. This episode wasn’t made for people who want to space out on the couch all evening until they fall asleep during Jay Leno’s monologue. It requires—and rewards—attention, the kind of show that luckily exists during an era of DVRs and Hulu so we can savor every funny aside and in-joke.

I say this as a person who once made a habit of avoiding Community, waiting until 8:30 to tune into NBC’s comedy lineup. A show set at a community college sounded dull and silly me, I didn’t care to know much else about it. Only when I read about the paintball episode did I decide to check it out, and was bowled over by its audacious creativity. After just one episode, and I was all in for Greendale.

Community has had a couple of other episodes that could have attracted more viewers—the Halloween zombie and the two-part paintball episodes immediately spring to mind. But most of the time, Community is too insular to bring in the viewer channel surfing during a Big Bang Theory commercial break.

This week’s show, “Intermediate Documentary Filmmaking,” was definitely a return to last year’s insular format. This time, Abed is documenting the Dean’s attempt to film a commercial for Greendale Community College.  Abed correctly foresees that the Dean will have a nervous breakdown during the shoot, and wants to create a behind-the-scenes doc, a Hearts of Darkness to the Dean’s Apocalypse Now. (Now that’s the kind of pop culture reference that gets you 20 million viewers.) If this was a first-time viewer’s introduction to the show, its likely they were weirded out. The episode was by turns chaotic, hilarious, random, and by episode’s end, pretty moving. Abed’s decision not to just be a fly on the wall (because some flies are too awesome for walls) and help the Dean by creating a commerical out of the Dean’s original footage was a nice moment for his character. Longtime viewers would appreciate that Abed, the eternal observer who values objectivity in storytelling, would sacrifice his documentary for the sake of others, while new viewers were probably confused why the Dean rubbed the ashes of his college degree all over his face.

This is never going to be a series that will top the Nielsens, and the writers, understanding this, have molded the show to delight its small but fiercely loyal fanbase. But is this a bad thing? If you take away financial considerations (which of course weigh heavily on determining Community’s fate), television needs shows that takes wild swings and confounds expectations alongside the comfort food that traditional sitcoms offer. This longtime Full House viewer and Friends fan eventually found her way to Arrested Development, a series that changed my idea of what television could offer, and the kind of programs I wanted to watch. And maybe I would have been perfectly happy for the rest of my couch-potato life never knowing the Bluth family. But at least I had the option to discover them, and I had that same opportunity a few years later with the Greendale gang. Who knows? Last night, maybe a few more people were won over too.

To take Community off the air is another step towards the homogenization of network television. Even though the series will never earn huge ratings, draw in major advertisers, or win a lot of awards, a show like this should always exist on TV, for the people who want to take a chance and try something new, something different, and dare I make this pun, something out of the box.

Previously: Coalition of the Willing, End of the World 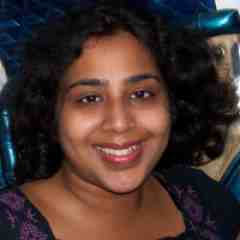 As seen on this article, it's hard to talk about Community without including that much detail. I guess it just goes to show how rich and dense Community is when it comes to jokes and references. I will be completely gutted if it really does go off the air, or if Chevy Chase decides not to return (honestly, I think they're better off cancelled if any of the cast members decide to leave.)

We do need to get more of Shirley! I'm one of those people who re-watch episodes multiple times, and I haven't been seeing a lot of Shirley moments lately. I don't know if they're saving for a Shirley episode in the future, but they better do something about it because I do want me some sassy Shirley.

Next week is a Jeff and Shirley week! I'm super excited.

I don't think Abed realizes what's happening in front of him just yet. As much as he is insightful most of the time, perhaps a budding relationship the likes Britta and Troy have is a little above his understanding?

Andy, April, and Ron went to a women's studies class and this is the week you don't cover Parks & Rec!? A boo hoo! Women's Studies! Ron Swanson! Thoughts pleeeeease!

This is why I love Parks & Rec; it's just about the only show I can think of where that cut to 'women's studies' wouldn't be the entire joke (because lol women). In fact, my instinctive reaction to that shot was 'oh great, a joke about how dumb women's studies is', but NOPE. Also further evidence that Ron Swanson is the most completely awesome masculine man on television.

I love that Shirley is NOT a generally sassy character -- the pious, high-pitched, cloying voice is what makes her wonderful.
The tired representation of black women as sassy, caustic and cutting, while alternating in and out of speaking in ebonics is one-dimensional. Yes, there may be a portion of black women who genuinely speak that way (and more power to them) but this overarching equation of black female with sassy on television ignores the reality of diversity of speech, expression and personality.
I applaud the writers for giving a brief nod to the "sassy" stereotype that the Dean was asking for, but giving Shirley's character room to be represent other facets of black females.
Love community!