TLC is Making Their Last Album, With Help from Fans | Bitch Media

TLC is Making Their Last Album, With Help from Fans 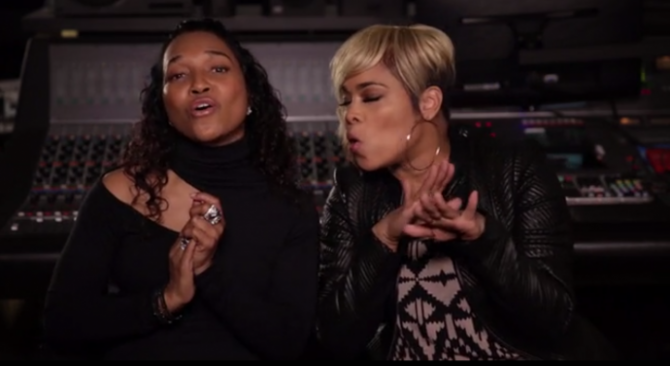 T-Boz and Chilli singing in their Kickstarter video.

Iconic R&B group TLC don’t want our number (no), but they do want our time… and a generous donation or two. On January 19, TLC launched a Kickstarter campaign to fund their final album. By the 22nd, not only did the group surpass its $150,000 goal, but they announced a summer tour with New Kids on the Block and Nelly.

You may wonder why Tionne “T-Boz” Watkins and Rozonda “Chilli” Thomas are forgoing traditional labels and choosing instead to crowdfund their album after selling more than 65 million albums worldwide. The group has had a tumultuous relationship with record labels: a less-than-favorable deal with labels Pebbitone and LaFace contributed to the group declaring bankruptcy in the early ’90s, depsite selling millions of records.

“We want to do our own album, but we want to do it on our own,” says T-Boz in their new Kickstarter video.

“We want to be creative and think outside the box,” adds Chilli.

The text of their campaign makes the downside of working with record labels clear:

“While major labels offer artists multimillion dollar recording and marketing budgets, they don’t often give artists complete control of their own music. It is ESSENTIAL that we create our final album completely on our own terms, without any restrictions, with YOU.”

This isn’t entirely out of the blue. In spite of experiencing the kind of massive success that would fracture most musical acts (being one of the most successful female groups of all time is no small feat), TLC have always expressed their gratitude toward their fans. Who could forget the booklet from FanMail that unfolded to reveal the names of thousands of people who’d written them over the years?

Speaking as a fan, I couldn’t be more excited for new TLC, whatever way it’s funded. CrazySexyCool was my jam, the album I hid from my parents because they didn’t need to know I was listening to songs like “Red Light Special.” Years before Beyonce’s “Pretty Hurts,” there was TLC’s “Unpretty,” a soul-crushing track that commiserates with every girl who’s ever been made to feel lesser because of her appearance.

While it’s going to be tough to listen to new material without the smooth and energetic raps of Lisa “Left-Eye” Lopes, who died from injuries sustained in a car accident in 2002, T-Boz and Chilli promised us that Lisa’s spirit “will always be present in [our] music. That will never change.” And hopefully neither will TLC.

Ariana Vives is the new media intern at Bitch.

Relevant: My 10 Favorite Albums from Female-Fronted Bands in 2015 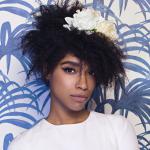