TLC's "No Scrubs" Helped Make Me a Feminist | Bitch Media

TLC's “No Scrubs” Helped Make Me a Feminist Many feminists recall a number of moments that served as their political awakening. Those formative experiences stick out in our memory as times when we said, in more or less words, “I’m over it.“ For me, one of those light bulb moments struck while hearing TLC’s “No Scrubs” on a South Florida pop radio station for the first time. At a time when I was developing in more ways than one, listening to “No Scrubs” inspired a newfound sense of confidence in me to speak up and fight back against male hecklers. The Atlanta R&B group wound up playing a big part in discovering my feminist voice.

Years later, that classic phrase remains a staple anti-harassment comeback. Judging by the common reaction of late-20/early-30 somethings when a TLC song comes on at any given karaoke night, the group’s legacy lives on, too. That’s why word of a new TLC biopic, premiering October 21st on VH1, signals a nostalgic milestone for Generation-TLC’ers and calls for a look back at the group’s influential history.

When TLC released their 1992 album Ooooooohhh… on the TLC Tip, the group secured a place for themselves within the mainstream music landscape. The album peaked at number 14 on the US Billboard 200 chart and went on to sell over 4 million copies by 1996. While gaining significant commercial success, TLC set themselves apart from early 90’s chart-toppers by promoting a sense of social consciousness. TLC expertly blended catchy hooks and melodies with progressive messaging, calling upon audiences to wise up about issues such as HIV/AIDS, racism, and body image.

Together, Tionne “T-Boz” Watkins, Lisa “Left Eye” Lopes and Rozonda “Chili” Thomas composed a unit that evidenced not only incredible musical talent, but an example of lady-positive energy which stood far from the watered-down empowerment toted by their mainstream contemporaries the Spice Girls. While the Spice Girls embodied a gargantuan marketing engine, fueled by baby-T sales and an erasure of systemic obstacles preventing genuine “girl power,” TLC represented a savvy brand of strength that centered on having fun and being smart about it.

The trio offered a unique demonstration of feminist-minded principles within the mainstream music industry’s confines. From wearing condoms on their outfits as a way to promote safe sex to stressing the importance of genuine female friendships, TLC emphasized demanding respect for yourself and fostering meaningful relationships with women along the way.

With the release of 1994’s CrazySexyCool, TLC became a legendary pop force to be reckoned with. Certified Diamond by the Recording Industry Association of America, CrazySexyCool turned TLC into the best-selling girl group of all time. The album single “Waterfalls,” released alongside a music video that addressed drug dealing and AIDS transmission, further elevated TLC’s reputation for social awareness.

Following the success of CrazySexyCool, the group’s widely publicized personal turmoil (involving domestic violence, bankruptcy and substance abuse) made for extensive tabloid gossip and inter-group conflicts. In spite of adversity, TLC went on to release FanMail five years later. The record, which launched the highest-grossing tour ever by a female group, spawned anthemic jams such as “Unpretty” and, of course, “No Scrubs.”

With FanMail, TLC tackled a breadth of issues relevant to women coming of age in the late 90’s/early 2000’s. From “Unpretty’s” criticism of unrealistic, media-fed beauty standards to “Dear Lie’s” depiction of an abusive relationship to “No Scrubs’” condemnation of street harassment, TLC’s third album solidified the group’s outspoken legacy of consciousness-raising.

Considering TLC’s position as one of the highest-grossing female acts of all time, their boldness in addressing topics of critical social importance and maintaining a powerful attitude all the while speaks to the group’s unique contribution to mainstream music. The trio worked within a callously commercial industry to pass off a meaningful and productive message, influencing young people from diverse backgrounds everywhere.

As tribulations continued to affect the group, culminating in Left Eye’s tragic 2002 death, the new biopic promises to offer a better understanding of who TLC was behind the fly personas and sharp-witted demeanors. Starring Keke Palmer as Chilli, Drew Sidora as T-Boz, and Lil’ Mama as Left-Eye, CrazySexyCool: The TLC Story details the group’s narrative from Ooooooohhh… on the TLC Tip to Fanmail, featuring re-created videos for each era’s top singles.

The 12-year-old in me is stocking up on snacks for the October 21st premiere. Here’s the trailer for the biopic: 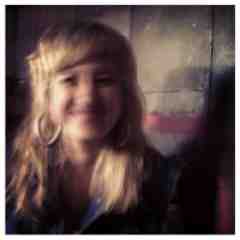 <p>TLC was great! Both No Scrubs and Crazy Sexy Cool are among my all-time favourite albums. So sad about Lisa :(</p>

This songs is mocking men for not being worhty be cause of their lack of financial assets. Funny how when women are 'objectified' for their bodies, there's a femiist shitstorm, but when men are objectified for their money, car, etc, then NO body gives three shits. Double standard much? Holy crap...

Relevant: Turning the Tables: An Interview with author and scholar Tricia Rose 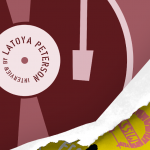