Top Ten Reasons Why This Feminist is a Sports Fan: #2 | Bitch Media

Top Ten Reasons Why This Feminist is a Sports Fan: #2

#4: Sports carry the power of stories and storytelling

#3: Sports are a venue to connect with people very different than you

There is a reason that sports metaphors dominate our language. (Enough for a whole dictionary of them, in fact.) Think of phrases like toe the line, Monday morning quarterback, out of left field, keep your eye on the ball, on deck, pull punches, three strikes and you're out.

The language of sports is so embedded in the English language because, as metaphors, it helps us to understand the world anew. It helps us to see.

These metaphors are one indication of a greater truth: sports are visionary, a realm where we can rehearse the kind of world we hope to live in.

This might sound peculiar to you if you aren't particularly a fan of sports, perhaps only paying attention when stories move off the sports page and onto the front page - that is, when there's bad news about famed athletes or teams. When you hear about drama surrounding top athletes like Tiger Woods, Ben Rothlisberger, Barry Bonds, Marion Jones, Sammy Sosa, Alex Rodriguez, Erin Andrews, Michael Vick, and a certain aggressive college soccer player of YouTube fame, it might seem like the realm of sports is not only not visionary, but prehistoric; a venue for hyper-aggression, cheating, insecurity, homophobia, and violence.

But frankly, society as a whole is a venue for these things. Their parallels in athletics are not surprising. And they shouldn't distract from the very powerful and very real fact that sports do function as a way to play out the best of collective human nature.

How does it do this? Many of the ways, I've already detailed in this top-ten lists: the inherent optimism of sports; its diverse aesthetic beauty; its celebration of physical intelligence and adult play; honoring its history; its function as a storyteller; its way of building both broad communities and interpersonal connections among people that might otherwise see themselves as separate.

But there's more to the visionary part of sports. Stay with me and I'll - ahem - show what I mean.

Now, for most fans, there are three types of beloved teams.

There is the hometown team. With so many teams in any given league, this is the natural, default way to choose which one to root for, and is immortalized in the song, "Take Me Out to the Ball Game," in which fans are called to "root, root, root for the home team. If they don't win, it's a shame ...."

There is also the dynasty team. Sports fans mythologize the whole concept of a team that is a "dynasty"-that is, a team that is consistently outstanding for many consecutive years. Usually a team is agreed to be a "dynasty" in retrospect and more or less by consensus. For example, the Pittsburgh Steelers were a football dynasty of the 1970s; a charmed team, they're the only team in NFL history to win four Superbowl games in six years, along with six consecutive division titles. The Chicago Bulls were a basketball dynasty between 1989 and 1996. With Michael Jordan as the glittering star, the team won six championships in eight seasons - two sets of three consecutive championships, that is (1991-93; 1996-98).

Finally, there's the underdog team. The team that's not favored to win an imposing match-up. The David that's up against a Goliath. The long shot. The one that is trying to "upset" a formidable opponent. The team that's "Against the odds."

In the sports world, these three kinds of teams are --- simultaneously - beloved by fans. And it is the simultaneity of it that is nothing less than visionary.

For myself, my primary sense of fandom is rooted in my place. So when I cheer for the Detroit Tigers, Red Wings, Pistons, Lions, and (formerly) the Shock, I'm not just cheering for a set of athletes; I'm cheering for the city I live in. Pride and loyalty in the
team's accomplishments turn into pride and loyalty to a physical place, and all its people.

At the same time, I'm moved by sports dynasties, of the lessons that they teach. I thrill to the spectacle, to the dogged hard work, to the guts and perseverance of it, to the luck and momentum. Of course, it's also fun to be attentive to the dynasties in the making (hello, New England Patriots). Who are the heroes? Who are the stand-out talents in leagues that boast the very best talent in the world? And when the dynasty team is ALSO your hometown team-my god, prepare to die with happiness. Dynasty teams are so incredible, it's hard not to be a fan of them. (New York Yankees excepted. But the Yankees are exceptions to a lot of things.) 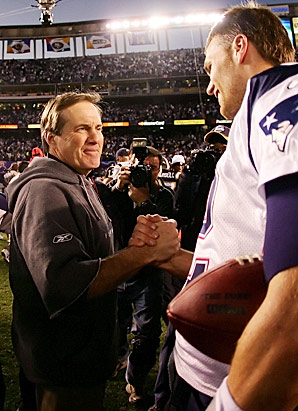 At the same time, I'm a fan of underdog teams. When I don't have a particular stake in any given match-up, I cheer for the team that's not favored to win. And I love, just love, to see the underdog team make good - from the Tampa Bay Rays finishing dead last in their division to turning around and playing in the World Series the very next year; to young upstart Muhammad Ali taking down undefeated champ Sonny Liston in 1964; to the infamous "Miracle on Ice"; even to Notre Dame's "Rudy."

The key thing here is that I'm not alone. I am totally typical.

Underdog fans are a standard in sports; these stories are a special favorite, in fact, as we see from the proliferation of sports movies made about underdogs (as opposed to dynasties). The love for dynasties are evident in every sports list and hall-of-fame, and as a base point for all contemporary sports talk. And hometown team love - this is so
standard as to be invisible.

So what's going on here? Isn't a sports fan supposed to want their team to win and other teams to lose?

This is the key point here: this is what is visionary about sports.

In sports, there is not just one kind of winner. The love you feel as a sports fan isn't for one kind of team. It might seem that the same kind of person couldn't cheer for both a dynasty team and an underdog team-seemingly, total opposites. But they do. All the time. All the time.

Do you see how unusual this is? Compare this phenomenon to, say, politics. In the last presidential campaign, who did you know who was a fan of Hillary Clinton (the dynasty) and Mike Gravel (an underdog) and some hometown guy or gal who was considering a presidential run?

In the different kinds of active, passionate, fandom, sports fans are rehearsing a new and better kind of world, one where the definitions of "winning" and "losing" are upended, where outstanding accomplishment is championed right alongside hard-nosed long-shot effort.

Sports are visionary in other ways too. The athletic world is a world of many moods, giving space to the playful rowdiness of roller derby as well as the steady attentiveness of baseball; the breathless rhythm of basketball as well as the combustible concentration of swimming.

In this way, sports provide an alternative to a mainstream society that proscribes an even, polite, modestly intellectual temperament at all times.

Sports provides a vision where it can be so. The athletic realm can act as a sort of rehearsal space that we can ultimately stage "in real life."

Randomly: I just discovered Audible. How come no one told me about this before?!

1. Megan Schnur, pro soccer player for the 2009 WPS champions Sky Blue (NJ/NY), kicks it in a recent match. Two new teams are joining the WPS in 2010: the Philadelphia Independence and the Atlanta Beat. www.womensprosoccer.com

2. Angela Hucles was a midfielder for the Boston Breakers and a 2008 Olympian. www.angelahucles.com

3. Via Sports Illustrated: "George Mason's 2006 Cinderella run was the most magical NCAA tournament performance by any team. The 11th-seeded Patriots went from unknowns to America's Team in a matter of two weeks, pulling off a string of upsets -- over No. 6 Michigan State, No. 3 North Carolina, No. 7 Wichita State and No. 1 UConn, in overtime -- that gave hope to little guys everywhere that they could become the Next George Mason. Their Elite Eight win over the Huskies, who had four NBA players on the floor (Rudy Gay, Marcus Williams, Josh Boone and Hilton Armstrong), was the Patriots' defining moment."

4. Baylor University freshmen Brittany Griner dunks in a college hoops game; she's the seventh woman to do so. No surprise, as Griner's ubiquitous dunks in high school made her a You Tube phenom. Via NBC Sports.

6. A recent roller derby bout in Detroit between the D-funk Allstars and the Pistolwhippers. See the Detroit Derby Girls in the film, "Whip It!"and
here: http://www.detroitderbygirls.com/

Relevant: Thanks To Sexism, We Still Need “A League of Their Own” 25 Years Later 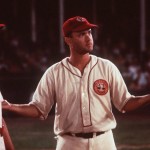 by Britni de la Cretaz
Baseball may be the national pastime, but girls are still excluded from the game.