Top Ten Reasons Why This Feminist is a Sports Fan: #4 | Bitch Media

Top Ten Reasons Why This Feminist is a Sports Fan: #4 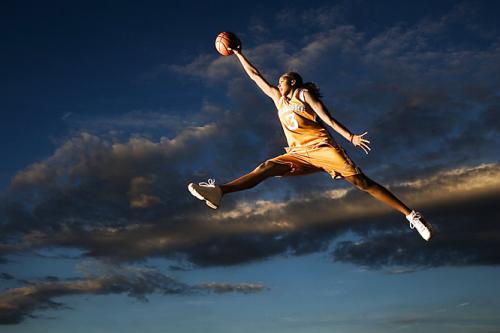 #4: SPORTS CARRY THE POWER OF STORIES AND STORYTELLING 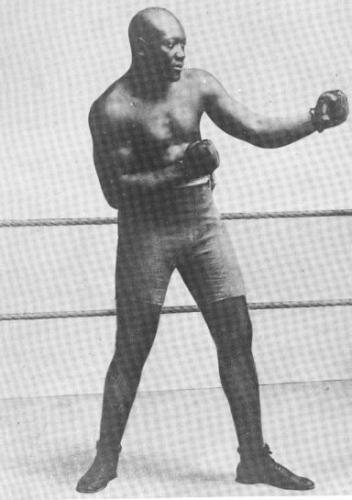 I dare you to try to count the number of classic sports stories told in film and literature. Among them:

Movies: Hoosiers, Million Dollar Baby, When We Were Kings, Bull Durham, A League of Their Own (incidentally, notice how the name of this film plays off of Virigina Woolf's "A Room of Her Own"), Rocky, Raging Bull, Murderball, Brian's Song, Remember the Titans, The Bad News Bears, The Pride of the Yankees, Hoop Dreams, Requiem for a Heavyweight, Rudy, National Velvet, The Wrestler, Karate Kid, The Blind Side, Munich, Seabiscuit ...

At a glance, it's easy to see why sports are buoyed by the power of storytelling: they play out a natural drama of action and suspense. Notice how so many of the sports stories we tell in our culture are based on true stories. Notice how the word "hero" is particularly native to leading characters in both literature and sports. The true stories of sports are tales of brilliance, stupidity, heart, passion, hard work, ambition, hope, ferocity, luck, collaboration, wins and losses and everything in between. The cast of characters are varied, full of human weaknesses and strength. Notice, too, the natural instinct of sports fans to tell stories that turn into myth--like the Curse of the Bambino, which is said to have punished the Boston Red Sox for more than 80 years after they traded Babe Ruth to the Yankees in 1920. 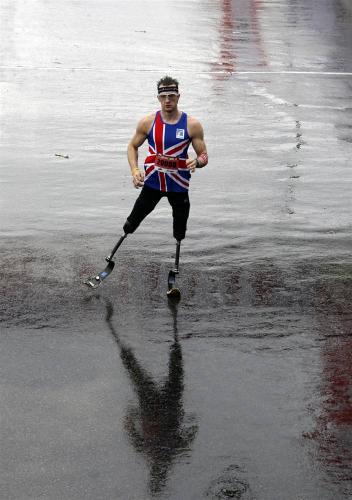 But typically, without any words--rather, told through the language of movement--sports tell stories that deepen our understanding of human potential. Sports are a variation of the art of improvisational theater. Sports are art.

We can't stop telling these stories again and again.

But the power of stories go beyond the playing field; like all good tales, the stories of sports go deeper than who came out on top at the end of any particular game or match. Connected with how sports honor their history, the narrative of athletics is ongoing, told over time, and gathering power by its social resonance. They incite continued fascination because they aren't always feel-good happy ending stories; a great deal of pain, sorrow, and betrayal is folded into the living legend of sports--consider, for example, the Black Sox scandal of 1919 that is one of the most famous, and saddest, stories of all, summed up with the line, "Say it ain't so, Joe." Or consider the tragic bloodbath of the eleven athletes murdered at the 1972 Olympics.

I can best illustrate what I mean about the power of stories in sports by, well, simply telling a few of the legendary stories and letting them speak for themselves: 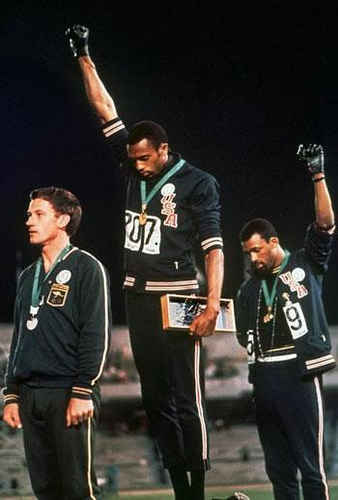 Raising Fists for Civil Rights - It was October, 1968. It was in Mexico City's Olympic Stadium. Tommie Smith had won the gold medal--and broke the world record in the 200-yard sprint. John Carlos won the bronze in the same race. Few noticed that they wore black socks during their qualifying races as a token gesture of protest against racial discrimination in the United States -- but they sure paid attention when the two received their medals (along with silver medalist and Austrailian Peter Norman) at the awards ceremony. Smith wore a black scarf and both wore black socks and carried their
track shoes. When "The Star-Spangled Banner" was played, they each bowed their head and raised a black-gloved fist. It was, as Smith described it, a symbol for power and unity among black Americans.

The International Olympic Committee, following an emergency meeting the next day,
charged the two men with violating the principle that politics "play no part whatsoever" in the Olympics. (Riiiight ... ). The IOC kicked out Smith and Carlos, while the U.S. Olympic committee threw them off the team, and ordered them out of Mexico within 48 hours because of their "discourtesy."

But Smith and Carlos were just the beginning. Lee Evans, Larry James and Ron
Freeman swept the 400 meters and, in their own symbol, wore black berets. Evans also refused to
shake hands with an IOC official. Meanwhile, American Wyomia Tyus said she and her
gold-medal teammates in the 400-meter relay dedicated their victory to
Smith and Carlos. Ralph Boston received his bronze medal barefoot as a way of protesting the treatment of Smith and Carlos, saying that they'd have to send him home too "because I protested on the victory stand." Ah, but he wasn't. Neither were Tyus, Evans, or the other medalists.

Meanwhile, Smith and Carlos form one of the most canonical images of all of sports. In their iconic gesture, they tell the story of resistance to racism in sports and in the U.S. They put the fire behind those who gloss over patterns of mistreatment -- and give us a vision for true victory.

The Most Famous Farewell - Lou Gehrig's brief, heartfelt speech that was his farewell to baseball is one of the best stories in sports. It's hard for me to read without crying. The man nicknamed the "Iron Horse" had completed 2,130 consecutive games of baseball in 15 seasons, a record that stood for 56 years, earning him a reputation as one of the hardest working men in sports.And he was ravaged by the disease that would bear his name. In Yankee Stadium, he stood before a microphone and 62,000 dead silent spectators. He was 36 years old. Here's the entirety of what he had to say, as he left the game he loved and faced his own illness (an audio/video clip is available here):

Fans,
for the past two weeks you have been reading about the bad break I got.
Yet today I consider myself the luckiest man on the face of this earth.
I have been in ballparks for seventeen years and have never received
anything but kindness and encouragement from you fans.
Look at these grand men. Which of you wouldn't consider it the highlight
of his career just to associate with them for even one day? Sure, I'm lucky.
Who wouldn't consider it an honor to have known Jacob Ruppert? Also, the builder
of baseball's greatest empire, Ed Barrow? To have spent six years with that
wonderful little fellow, Miller Huggins? Then to have spent the next nine
years with that outstanding leader, that smart student of psychology, the
best manager in baseball today, Joe McCarthy? Sure, I'm lucky.

So I close in saying that I may have had a tough
break, but I have an awful lot to live for. 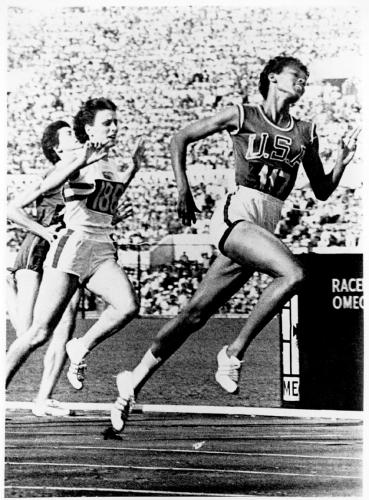 Wilma Rudolph is a badass - She was the 17th of 21 children. She was born premature, only 4.5 pounds. As a kid, she was hobbled by polio, scarlet fever, whooping cough, measles, and double pneumonia. She wore a brace on her leg to help her walk -- until, at age 9, to the shock of everyone, she suddenly took it off and walked unassisted. Seven years later, at age 16, she won a bronze medal at the 1956 Olympics. Oh, but it was in Rome, the Rome Olympics in 1960, when Rudolph blazed across the track to win three gold medals in the 100 and 200 meter races, and in the 4x100, essentially becoming the fastest female in the world. She completely dominated the games, setting two world records in semifinal races and an Olympic record in the 200. Oh, and another thing? She had a sprained ankle during that Rome Olympics. And it was 110 degrees out.

Rudolph said that her victories were inspired Jesse Owens' knee-weakening triumph in Hitler's Berlin during the 1936 Olympics.

Rudolph's fierceness earned her admiration and popularity in segregated America -- which she used to fuel her participation in sit-ins at whites-only restaurants. She developed a community center and the Wilma Rudolph Foundation. She refused to attend a
segregated "welcome home" event planned for her by the governor of her state of Tennesee--thought she did attend ceremonies in her honor in her
hometown of Clarksville. These ceremonies are the first integrated events in the Clarksville's history.

Wilma Rudolph is a hero with a story that matches up against any literary epic.

Maria Pepe plays Little League baseball
"In 1950, Kathryn Johnston, disguised as a boy, played Little League in
Corning, N.Y., and was allowed to keep playing even after she told her coach
that she was a girl. In 1951, Little League officially banned girls from
participating. But Maria Pepe changes all that, when the 12-year-old Hoboken
girl suits up and pitches three games for the Young Democrats. Protests send
the matter to Williamsport, which rules that Young Democrats can't play unless they kick Pepe off the team.

"That ends Pepe's Little League career, but the National Organization for
Women (NOW) sues Little League Baseball on her behalf, and in 1974 the New
Jersey Superior Court rules that girls must to be allowed to play. It doesn't
take long for them to make a difference -- in 1974, Bunny Taylor becomes the
first girl to pitch a no-hitter. About 50,000 girls now officially play Little League baseball each season."  ~ ESPN

There's a reason sports fans revere their storytellers--be they sportswriters, broadcasters, or the athletes themselves. These stories matter, pushing "a game" to its true resonance.

I invite you to listen in.

First photo: Candace Parker is one of the best basketball players on the court today. She's pictured here playing for the University of Tennesee Vols, thought she now plays in the WNBA for the Los Angeles Sparks; via Sports Illustrated.

Second photo: Boxing great Jack Johnson, from the early twentieth century. He was  the best heavyweight of his generation and the first first black heavyweight champion (1908-1915). Nicknamed the "Galveston Giant," Johnson was third child of former slaves who taught him to read and write.

Third photo: Richard Whitehead, a disability rights activist who was born without legs, competes in the Beirut Marathon on December 6; via NBC Sports.

Fourth photo: Sprinters Tommie Smith and John Carlos raise their fists for civil rights on the medal stand at the 1968 Olympics in Mexico City.

I think I'm pretty damn tired, but this post was definitely a tear-jerker.. I can't wait for some more fantastic stories from you and the world.

anyone watch football in the uk, that 4th pic the middle bloke looks like thierry henry. Spitting image

yeah he really does!