Top Ten Reasons Why This Feminist is a Sports Fan: #10 | Bitch Media

Top Ten Reasons Why This Feminist is a Sports Fan: #10 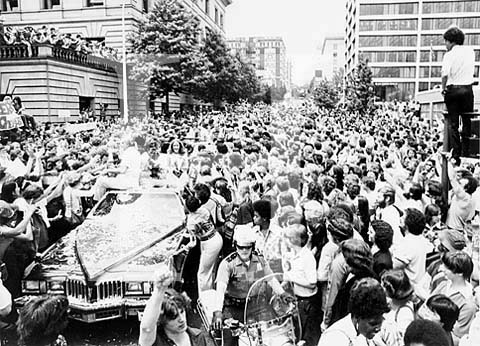 So. This doesn't happen all the time. But it happens a lot.

I get quite a bit of surprised responses when folks find out that I'm an avid sports fan. An incredulous "You really know your shit," says someone, or maybe, more derisively, "Where did that come from?" Or else, I get a well-meaning affirmation that I'll make some guy very lucky (presumably because the guy will get to share his presumed sports fandom with his girlfriend).

These are the reactions that come from folks who simply don't expect females to know much about sports. But there's another kind of surprised response that I get from progressive friends who don't buy into sports and, especially, sports culture. They will point out that the sports world is saturated with macho posturing. It frequently excuses the bad behavior of its heroes; it celebrates brute force; it's history is poisoned by cheating and drug-use; and it is often actively and explicitly hostile to women.

How, these friends wonder, can I get into it? How could I possibly reconcile my feminism with it?

Well, folks, I do, and quite passionately so. (Though of course I have my eyes wide open; it is because of my love of sports that I intend to not ever justify the worst of it).

Why that love? I offer a Top Ten list as my feminist case for why sports are so meaningful and so much fun ... coming to you in a series of parts:* 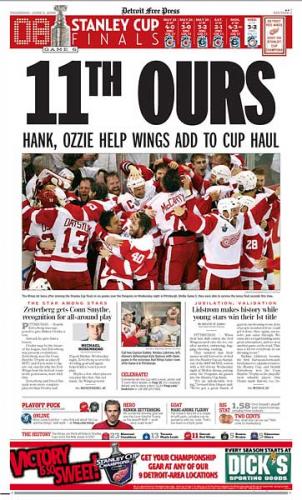 10. SPORTS ARE COMMUNITY-BUILDING
Funny for an activity that is grounded in competition, but it's true. Cities cohere around their sports teams. You see this in the language: "We won on Sunday," or "We have to find a new second-basemen for next season." That "we" speaks of collective self-identification ... and it is something special and rare.

People who live in different neighborhoods, who are accustomed to seeing themselves as enemies of each other (if they see each other at all), find themselves on the same side as fans (even if they are casual fans). In Detroit, where I live, I've celebrated basketball and hockey championships--and to see so many different people emerge from their homes and cars, to hug each other and high-five and celebrate--my god, that kind of communal joy brings me to tears.

A USA Today report, following the Detroit Pistons' NBA championship win over the Los Angeles Lakers in 2004, is indicative of the community spirit and identity that comes through sports:

The win triggered celebrations at the Pistons' arena and on streets around the region. ...

Hundreds of people cheered and danced in downtown Detroit within minutes of the game's end. The crowd was orderly amid a heavy police presence.

David Willis played a celebratory saxophone in front of the Spirit of Detroit statue outside Detroit's city hall. The statue has been wearing a giant Pistons jersey during the finals.

"It's a dream come true for me," Willis said.

Downtown streets remained crowded into the early morning as drivers honked horns while their passengers leaned from windows and stood in sunroofs waving at fellow fans.

And it's not just about championships. Even when sports teams stink, they build community. Case in point: the Detroit Lions, which has won one football game (1) in the last two seasons (so far), with the 2008 season being the worst in NFL history. The Lions have won a single playoff game in more than five decades. They are not a good team. And yet: this divided region is loyal. The Lions still sell out Ford Field (and this in a region that is hurting economically more than most). Detroiters speak harshly about the Lions, but the point is, they care. The community holds on because of that collective self-identification. Other case in point: the Chicago Cubs, the "lovable losers" who haven't won the World Series in 101 years, the longest stretch in baseball. And how passionate are Cubs fans? How intense is the community that buoys the team? I'll tell you: so intense. Cubs fans, incidentally, attend more road games than any other MLB team.

This community-building through sports works on a micro level too. Through conversations about sports, I have connected with an untold number of people--whether it is folks I see in a bar one night, or whether it is folks that I'm building a lasting friendships with. And, as is quite apparent in the meta-narratives told about sports (see: "Field of Dreams"), generations of families have communicated, and loved each other, through the language of sports ... whether it is parents coaching their kids or a reason to visit with one another on a Tuesday evening.

Sports, ultimately, is about people, a way our society has made of being together, and I'm damn happy to participate.

*My list is primarily focusing on professional sports... though I trust you smart people can extrapolate easily enough about how this same feminist reasoning applies to collegiate, school, community, and youth leagues.

Love it! So true. When I drop a "we" I usually get laughed at, but I have to assume these people have not been to a game after a big win! :)

I am a huge hockey fan and am often met with the same "you like sports?!" incredulity. I've had season tickets for the San Jose Sharks for three seasons now and I'll never forget my first game that first year. I had a solo seat and plopped down between two dudes. The older fella to my left turned to me after half a period and said, "I don't mean to be rude but what are you doing here," as though I got lost on the way to the mall and somehow ended up at a hockey game. Throughout the season he and his friend would be talking about something, wondering the answer to some hockey-related question and I'd often chime in and help them out. I invariably received a half-astounded, "You really know your stuff!" I usually get that at bars when I drop by to catch a game and end up chatting with folks too. (sigh)

That's a hilarious story about you at Sharks games! I think a lot of folks think gals only go to sporting events (and even make SEASON TICKET commitments) to keep their dudes company. Good on you for changing some perceptions just by doing what you like to do!

I'm from Northern Michigan but recently moved down to the SE part of the state and have become a huge Tigers (I always enjoyed listening to them on the radio), Shock and Red Wings fan for exactly the reason you describe. Coming out of Comerica Park on a summer evening and seeing Detroit so alive, friendly and open did it for me. It's like magic. Thanks for your post.

My only wish is that the city could pull together for the Shock. They won the championship last year and they couldn't even give away enough tickets to fill the seats!

Welcome to the SE, weakyknee! I totally hear you about the Shock. I wrote (ranted?) about their move to Tulsa here:

I friggin' love you.

Yes, professional sports do build a community. Unfortunately, the community almost always looks like this:

Notice who's left out? I'm not counting the cheerleaders.

Interesting reading that link and seeing that picture of the Sounders. I've only been to games in club seats, and it seemed more balanced than that - in terms of male/female and white/non-white. (Not "well-balanced" but "more balanced" ;)) I've also seen a lot of women sporting Sounders jerseys, and was glad to see some women-specific choices at the official store (though - WTF is up with the sequins and pink?).

All anecdotal, of course. I'd be really curious to see some numbers about male/female white/non-white attendance at various sporting events - college sports might be your best balanced bet? 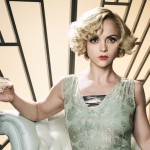