Tori Amos Talks About Feminism and Her New Album 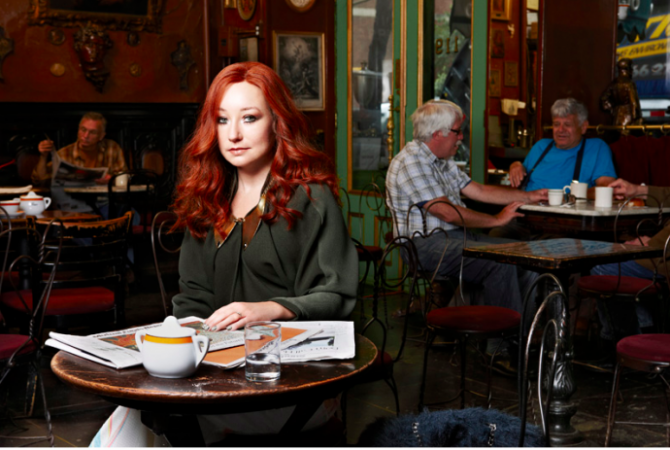 This past week marked the release of Unrepentant Geraldines, the 14th studio album by feminist pop icon Tori Amos. “Pop” has always been a funny way to describe Amos’s catalogue, with its implications of status quo and mainstream, but “popular” has not. She’s had international sales in the millions, and fans have followed her through piano-centric alt-rock, classical concept albums, a baroque pop album recorded in a church, and, most recently, a theatrical score. Her output has covered a lot of stylistic ground, but Amos’s vision and confidence have never wavered. Unrepentant Geraldines is a perfect title for the latest creation from a master of unrepentant self-fulfillment. I got to ask Tori a few questions about her career and the new album as she prepared for her world tour last month.

KATIE PRESLEY: You have an outstanding track record with doing covers. I’m thinking especially of the Eminem cover “97 Bonnie and Clyde” on Strange Little Girls, which seems to distinctly queer the perception of that song. Can you speak to that song especially, but also more generally to your process in choosing and then re-imagining covers?

TORI AMOS: Well, you have to have time to imagine it. “Bonnie and Clyde” took some time. I talked about that whole record a lot with [husband] Mark and Neil Gaiman, who is Tash’s godfather [Tash is Amos’s daughter], for a long time right after she was born. My nephew was obsessed with Eminem, and I just didn’t perceive that he was really listening. I wanted to get him to hear what was being said. That cover came from knowing that songs can have more than one meaning. I could expand the story, without changing a word, which to me showed that Eminem is a brilliant writer. But there was an important, critical voice missing from that song.

What is your thought process in writing and covering songs that put female-centric stories in the foreground?

It’s in my DNA as a writer. It’s just in you. I find women fascinating. I adore men, however, I really sometimes try to observe particularly how, when women talk to me about something, we both begin to hear the whole story. There are layers and levels operating in any conversation: protection mechanisms, what she does say, what she doesn’t say, to a lover, friend or boss. All these things become part of the story. How she responds and doesn’t respond. How she tells me. She might have started talking about one song, but now she’s part of an emotional relay, a baton-passing. It’s a circular giving. There’s the woman in a song, which tells a story, which touches someone, which becomes another song. It’s so powerful—a woman finding the strength to confront her situation because of another woman’s story.

Tell me about the Geraldines.

That story starts with my husband’s aunt, who was a radio mechanic in WWII. She led an unapologetic existence, and her life and romance were outside of convention. After the war, our culture tried to take women back, and there was shame, and resentment, and anger for their work during the war. There was no such apology expected from men coming back. It was tough, I’m sure, to revert to a sense of self for these women that was outmoded—that erased the progress made during the war. So this huge change was demanded, and some women fought it. There are also these paintings of the “repentant Magdalenes,” and an etching called “Geraldines,” which to me covers the same theme of women asking for forgiveness. It reminded me of this woman, coming back from war, needing a world where she was on equal footing. But she wasn’t. She was made to apologize.

What does feminism mean to you these days?

It means something different now than it did. It was an easier exercise in my 20s and 30s to be really critical of myself, and of everyone, really. Often I’ve found that women can be much more critical of women than men are. I’ve been so blessed to meet women that tell me their stories, but so many of the stories are about girl-on-girl crime, ruthless judgment, and it’s such a cop out! It’s easy to rip someone to pieces. It’s easy. It’s the obvious thing to do. It’s harder to understand that it’s being done because they, the bullies have usually been abused. In feminism, there’s gotta be a place where there is tolerance and exploration. Women need to find, and make, a community where we can understand each other. We need to react to each other, and listen to what each of us is expressing. 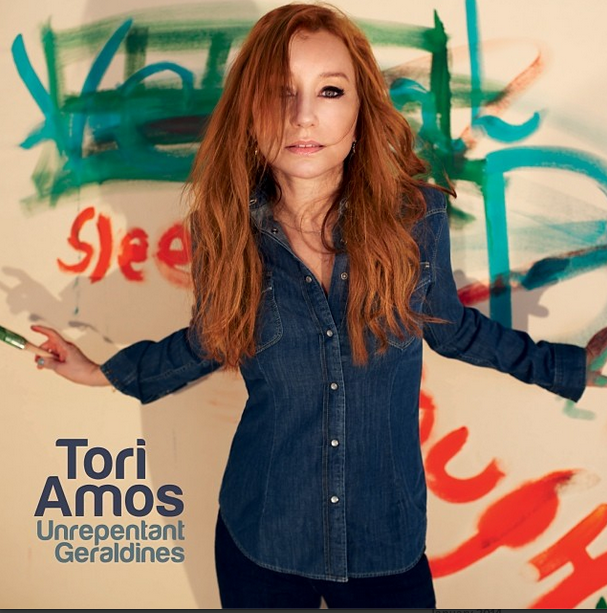 Katie Presley writes about books and music, and tweets (@loveismaroon) about everything else. She lives in Austin. For more from Katie on Unrepentant Geraldines, check out this NPR Music roundtable.

I just love Tori. Everything she does is consistently good and she is, well, unrepentant about her songs and how she presents them. I think she's had a huge impact on some younger performers that's not always acknowledged.

I love you Tori Amos. When I hear your music I just feel free to do whatever the fuck. I understand you now, and I wish I could be like you. You have so much power in the things you say. I've been one of those women who loses herself in a man, but now I understand to have happiness for me outside of a relationship is the most important thing. I love how you are this country girl with your own unique style. I've been stuck on your Boys For Pele album for such a long time. Your other albums are wonderful too but I have not heard your new album. I'm glad you have found your voice and can express what it is like to be a woman in this world we live in. You are able to give me power when I feel like a very small person. And I want things to change in my life so I am working on getting there now. There need to be strong women like you to keep the boys in check. We are not just sex objects to be lusted after but people with feelings and thoughts like men too. Sometimes it really gets hard to love yourself when you are being oppressed in society so strongly, and you feel like your voice will never be heard. Sometimes you just need someone to listen, and sometimes you need to hear someone like Tori Amos to inspire you to be heard too. 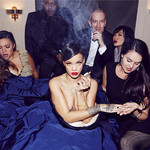 by Evette Dionne
This BitchTape celebrates marijuana—and those who choose to smoke it.