Full disclosure: I am a 90210 junkie. I've seen every episode of the original Beverly Hills 90210 at least twice and sometimes feel I remember their high school experiences more clearly than my own. So of course I watched the newly revived 90210 when it premiered last year. Putting aside the reworked theme song (BAD! WRONG! INVIOLABLE!), it was pretty ok and worth watching, if only to marvel at the outfits and the hairstyles.

And then they made Silver, one of the primary characters, bipolar, and I had to stop watching. The story arc around her "mental breakdown" and subsequent hospitalization was so offensive and unrealistic that I deleted the next few episodes from my Tivo without watching them, intentionally skipping Donna Martin's return to West Beverly. My interest in and love for the Donna Martin character is such that this is roughly equivalent to ignoring Obama's inauguration after working on his campaign for two years, which should show you how wildly upset the bipolar storyline made me.

The storyline was bad for two reasons - first that it portrayed mania and depression in a totally unrealistic light. But even more problematic was the way the show chose to portray Silver's "craziness" as an exaggerated version of her love for her boyfriend, Dixon. In the episode when she first begins to display signs of mania, all her excess energy and intense focus is directed towards creating the perfect Valentine's Day evening experience for her and Dixon. She wants to get a table at a super fancy restaurant so that the night can be absolutely perfect now that her love for him is making her "see the world as this whole better place!" After dinner, she tells Dixon that she wants them to get a room at a hotel so they can "be together. Tonight." The next day at school, Silver shows him the tattoo of his name she's gotten on her hip. So far, all of the warning signs of Silver's bipolar disorder are indistinguishable from the stereotype of the devoted and clingy girlfriend who has decided early in the relationship that they're going to get married and have three kids and live happily ever after. You know, the same stereotype that created Lavender Brown in the Harry Potter books, Mel in Flight of the Concords, Wendy on South Park, and even Bella from Twilight - which is being framed by the show as symptoms of a serious and persistent mental illness.

The next episode only got worse. Silver's increasing mania is depicted by her desire to have sex with Dixon as often as possible - in the media room at school, in the storage room at Dixon's job. She also shows mania at school with her intense dedication to an assignment for poetry class, but that too is tied to her love for and relationship with Dixon, as her project is about a love poem. She is so passionate about the project and her opportunity to explore and demonstrate her love for Dixon that she decides to make a movie for her project and, when she's told it's too long to show in class, books a private theater so she can screen it herself. She tells Dixon about this plan when she wakes him up after having broken into his house and bedroom in an attempt to have sex with him before school. Again, this takes mental illness and filters it through traditional stereotypes of female archetypes - the slut who will have sex with a man at any time, the clingy girlfriend.

This is a deeply misleading and dangerous message to send about the nature of mental illness and how to feel about or respond to a person with emerging mental illness. Developing mania will rarely present itself as an exaggerated version of the "clingy girlfriend" stereotype. Silver did display the increased energy, decreased sleep, and quick or pressured speech that are typical of mania, but the activities can take a number of forms - I know someone who spends money online shopping when manic. I used to get ahead on schoolwork and write long essays about my theories on the world. But what she was doing felt less like mania and more like an archetypal rom-com character with the intensity dialed up to 11.

Given the extent to which Silver's disordered behavior is forced to conform to existing female stereotypes, it's interested to see how the men in the story react to her. When Silver shows her film at the private screening, it contains footage of her and Dixon having sex that she'd secretly shot in the storage room earlier. This is a serious violation of Dixon's privacy, at a screening attended by classmates and teachers of his. He is reasonably very upset, but it's clear that Silver genuinely doesn't understand why he's upset, as she views the movie as an expression and celebration of their love. Dixon rejects her utterly, refusing to speak to her or help with the search effort put together after she disappears. When Silver calls him and tells him that "without you, life isn't worth living," he hangs up and turns off his phone, telling his mom "who knows, who cares" where Silver is and dismissing her as "a manipulative drama queen. She's a freak." Dixon continues to dismiss Silver's actions and feelings as "crap" that she is "making up" in order to "manipulate" him in the context of their romantic relationship. This is the traditional male response to the clingy girlfriend archetype through which Silver's increasing disorder has been expressed. But it is not an appropriate response to a friend, much less a romantic partner, expressing suicidal ideation and reaching out for help. At one point, Dixon refuses to listen to an update on the search's progress, saying "let me know when you find a body."

And this is where the real problem is - Dixon's response makes sense and is expected in the framework of the romantic relationship the show constructed. Clingy girlfriends always get dumped. Everyone knows you can't stifle a man with affection or he'll run away and reject you! But we're not talking about a romantic relationship, we're talking about a person dealing with the onset of a terrifying illness. And so the response that makes sense in the romantic context becomes horribly inappropriate and could, in Dixon's own words, lead to them "find[ing] a body" if Silver commits suicide or gets hurt. Certainly, watching someone struggle with a disorder that powerful can be scary and seem overwhelming, but rejecting them entirely and ignoring their request for help is contemptible.* Unfortunately, and dangerously, the show's depiction of Silver's illness and justification of Dixon's reaction reinforces existing attitudes - the belief that mental illness and the associated symptoms are a choice, the belief that women in love become irrational with emotion and clingy, the belief that people with mental illness should be rejected and ignored as "freaks."

Another disclosure: I do watch the show again - but the bipolar storyline has totally been eliminated. Apparently Silver was magically cured in the episodes I skipped and is past all of that stuff now!

(*If this ever happens to you and you feel you can't handle it, here's some information and resources to offer:1-800-SUICIDE (1-800-784-2433), and in the United States, a person can always go to a hospital Emergency Room in a psychiatric emergency and get treatment regardless of their ability to pay.) 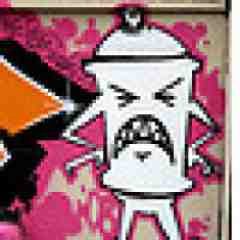 I'm not going to defend 90210 as the best show ever, but those episodes did make me think back to high school and how people dealt with mental illness. When it's not something that gets discussed (which it's usually not), people don't know what they're looking at or what to do when they see it. When Silver started acting out, I called it immediately. My sister, who is less informed about mental health, had no idea what was going on. So I think that Dixon's reaction is not only indicative of how guys react to clingy girls, but how high schoolers (who are not always the most tolerant and compassionate of people) react to mental illness.

A couple of points in response. First, the show took great pains to emphasize that Dixon knew exactly what bipolar was and how people with bipolar act because his mother had been bipolar. He explicitly compared Silver's behavior to his mother's and concluded that Silver must be bipolar because her behavior was so similar to his mother's. So his reaction was framed as that of someone who was very aware that Silver's behavior was caused by mental illness. (I would have liked to include this in the original post but was running out of room.)

Second, even if he hadn't known, I don't see why reacting not based on knowledge of mental illness is mutually exclusive with a stereotypical reaction to a clingy girlfriend. Without the information on mental illness, the only information or behavior he would be reacting to would be the clingy-ness. I believe that emphasizes the degree to which his reaction was based on her fitting into the clingy girl stereotype.

I don't mean to defend the show or argue against a few of the good points you've made. I also have no personal experience with bipolar or mental illness, so I apologize if I lack understanding. However, in the later episodes which you may have skipped, Dixon realizes she is bipolar and his initial negative reaction is framed not by the typical boy-with-a-clingy-girlfriend storyline, but by his negative interactions with his birth mother. He later confesses this to his family and Silver, and stands by her in seeking help.

While I get how the depiction of Silver's mental illness conflates her bipolar disorder with clingy-girl friendness, I have to join others in questioning whether the depiction of the boyfriend is also problematic or unhelpful. In another context, it might be reasonable or even productive to have a character who is aware of mental illness, yet who attempts to treat the symptons like personality flaws that the mentally ill individual should control. It could also be interesting to depict a character who has low tolerance for certain aspects of mental illness, because he was a child who dealt with these symptons in an unstable parent. These, of course, would be his character's problems to be worked on and developed by the writers i.e. not blamed on the mentally ill character or offered as inevitable or obvious reactions.

Granted, I don't watch 90210 so all my thoughts are just theorizing. I also suspect that if it were a thoughtful depiction of a person developing a mental illness and the people around her struggling to come to terms with it, you probably would have mentioned that.

Those characters that you describe would be interesting or helpful only if the show made it clear that behavior (to accuse an individual with mental illness of choosing their behavior) was problematic and inconsistent with medical understanding of mental illness. On 90210, though, Dixon was portrayed as reasonable and deserving of pity because he had to put up with this awful awful behavior and his attitude that Silver was choosing to behave that way was reinforced by the show and the actions of other characters.

Which is a big contribution to our lack of understanding of how to understand or interact with people with mental illness.

This is a great example of a point made in a book introduction* I recently read that was noting how, in popular culture, disability is often inextricably linked to character flaws. The example used in this particular case was the film "As Good as it Gets," and how the racism and bigotry of the main character recedes as he overcomes obsessive-compulsive disorder.