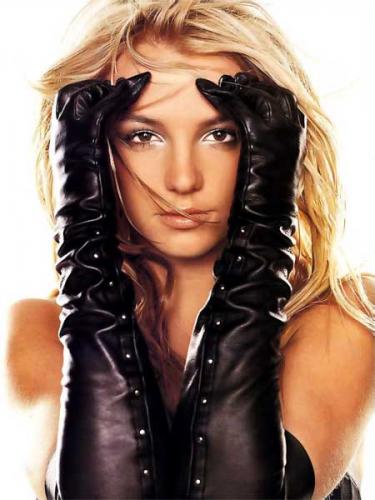 Britney Spears grew up in the spotlight. This is not a big secret. We are of similar enough age that I sort of felt as though I grew alongside her for a good portion of my life, hitting some of the societally approved milestones at the same time. She was carefully crafted to be a media darling from a young age until the only close friend she had was the Public. I can't imagine it was the easiest way to venture into adulthood, with all of your flaws out there for all the world to scoff at. And they did scoff, because the more popular you are, the more the world loves to hate on you, especially if you are a woman, and, Britney happens to be the most successful woman of this decade (oh, yeah, and the youngest).

Something that the public chewed up was Britney's bout with mental illness. Anyone who has ever been diagnosed with mental illness can tell you how much they long to keep it private, because mental illness carries with it a social stigma. Any woman who dares reveal to anyone that she has any degree of mental illness runs the risk of having that person use that information against her in the future. We have all heard the story of the Ex who has "Mental Issues" and that is why she is unreasonable and shouldn't be allowed to have children, you know. But Britney didn't get to keep her mental illness private in any sense of the word, because every major or respected news organization and Fox followed her every move, because that is what they have always done.

I'm Miss American Dream since I was 17

Don't matter if I step on the scene

Or sneak away to the Philippines

They still gon' put pictures of my derrière in the magazine

You want a piece of me?

You want a piece of me*

As Britney's life spun out of control we were spared no morsel, from that infamous hospital ride to Dr. Phil's advice to her and every last bit of her painful emergence back into the world. Everything that was a part of her treatment or recovery that the media could get it's hands on was plastered on every tabloid on three continents.

We, the Public, her only constant companion, turned on her.

And when she came back we were no better. She could do no right.

I'm Mrs. 'Lifestyles of the rich and famous'

Somewhere along the line we decided that the contract that celebrities sign when they perform for us is that they owe us not just their music or acting but their entire lives, up for our scrutiny. Somehow we decided that we are entitled to judge and mock everything that we see, even if we are mocking someone dealing with a disability. The difficulty of dealing with mental illness is a heavy thing, and no one, no matter how famous and successful you are should have to face people knowing private details that you don't want known. Every person deserves to heal in private if they choose.

*From "Piece of Me" by Britney Spears

It was too clever. Do you have anything to say about the article?

I do think I am clever.

And as long as I am writing here I will determine what I will and will not write about, and how I will deliver my particular humor, since that is what I was asked to do.

If you have a suggestion for what should be written here at Bitch, I suggest you get an actual screen name, and contact the staff about submissions. Or get a blog of your own. They are free.

Let's stay on topic now, shall we? Does anyone have anything to say about Britney, the OP, or ya know, anything relevant?

Obviously you get to decide what you write about, I agree with that wholeheartedly. However, by your same logic doesn't that mean I can reply about what I want? Your comment about Fox was designed to spark debate. If not you shouldn't have included it, or should have kept it private. Everything written about on this blog is fair game for comment and discussion - I've learned not just from the insightful articles but from the comments as well. Once you have sent an article out into the cyber space world it's fair game for others to interpret and reply back to you. Stand up for your beliefs, don't try to dissuade me from expressing mine.

Good article. Its also interesting to add that around the same time Owen Wilson was dealing with his mental illness (his attempted suicide) and the opinion of the news media was to give him the space and respect to deal with it.

Ack! I hate word limits! I wanted to go into that a bit, but there wasn't really space. It is interesting indeed, to see the difference in media treatment of male and female celebrities. I noticed that too.

Also, when Britney (or Paris or the Olsen twins, etc) like to party or go on benders we see that all over the news as well. I remember a time when I couldn't pass a checkout without seeing just how drunk Britney had been lately or how self destructive her partying had become. On the other hand, it wasn't exactly newsworthy that Colin Farrell seemed to like to light up the night life. Unless of course he was with Britney. The double standard was incredibly irritating.

Really thought provoking article. And so true about the lack of privacy that Britney and others face. One thing to mention is the fact that the stigma around mental illness has hardly been addressed in the public sphere. I think that's probably the root of the cause of many people's fear around speaking about their mental illness. Absolutely, women and men with mental illness should not be forced to reveal anything at all unless they feel comfortable; on the same token, if someone reveals her mental illness, she shouldn't be facing such enormous stigma! There's a really great organization trying to de-stigmatize mental illness by encouraging those who have/have had a mental illness to come forward and speak about their experiences: http://www.bringchange2mind.org/
As a psychology grad student, I feel like I'm living in a bubble- knowledge around mental illness just isn't out there in the public domain.

There are plenty of popular celebrities that avoid the attention that Britney gets. Why do you think that is? Some of them learn not to play "the celebrity game" and reporters get bored of them and focus on someone else. Some of Britney's publicity is her own fault (or the fault of her advisors/ minders). Did she write "Piece of me" herself? You criticize the media and yet without them you wouldn't even know she had mental health issues. You don't even know the true extent of her mental health unless you know her personally. While dealing with mental health issues in public would be awful, I can't feel too sorry for Britney.