I really hope this article in yesterday’s New York Times makes some of the paper’s so-called liberal readers take a minute to consider just how important these kind of difficult conversations are when talking about gender, sexuality, transpeople, and the law. I particularly hope they consider this article when they’re reading other gender essentialist drivel that the NYT continues to print. Yes, I know that defying categories can make your brain feel a little fuzzy. I just happen to like the feel of fuzz.

The basic gist of this article is to point out just how arbitrary state laws are regarding the ability to be married and have one’s marriage recognized in the midst of complicated and unclear, sometimes undefinable, parameters of what constitutes gender and sexual orientation. Jennifer Finney Boylan does a good job of straddling the line between informative and comedic. Then again, perhaps it’s the content she writes about, not the writing style itself, that’s comedic… if you’re into absurd humor, that is… which I am.

Some things in the article that bear repeating:

I’ve been legally female since 2002, although the definition of what makes someone “legally” male or female is part of what makes this issue so unwieldy. How do we define legal gender? By chromosomes? By genitalia? By spirit? By whether one asks directions when lost?

Gender involves a lot of gray area. And efforts to legislate a binary truth upon the wide spectrum of gender have proven only how elusive sexual identity can be.

Can we have a future in which we are more concerned with the love a family has than with the sometimes unanswerable questions of gender and identity?

**Photo was obtained from this Reuters story. 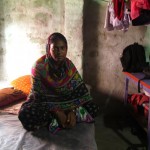