True Confessions: The Millionaire Matchmaker - WTF Am I Watching This? | Bitch Media

True Confessions: The Millionaire Matchmaker - WTF Am I Watching This?

On this Bravo reality show, Patti Stanger, the President and CEO of "The Millionaire's Club" finds and matches stereotypically attractive women to rich dudes who can't seem to find a "decent" woman to have a relationship with. Basically, she's a pimp. She has rules about the couple not having sex until they are "committed", a sort of bizarrely puritanical twist that doesn't make it any less creepy. And yet, watching Patti rather savagely describe what's wrong with these guys and why they have trouble getting/keeping themselves in a real relationships is strangely invigorating. She ruthlessly points out their faults, sets them up with therapists and designers and practically yells at them when she thinks they're acting like idiots (which they almost always are). She's an odd, fiesty and compelling character...and yet she's picking girls like apples from a tree to offer up to sleazy guys. The focus of the show isn't the motivations of the women who allow themselves to be peddled (not yet, anyway), it's the "millionaires", and they consistently come off as cocky, adolescent fools, whether they are trying to find a woman too young for them, or insisting that a stripper pole in the middle of their living room is in no way offensive. And in 75% of the dates I witnessed, the women rejected the men, despite their money. Can I continue to watch this show and write for Bitch in good conscience? 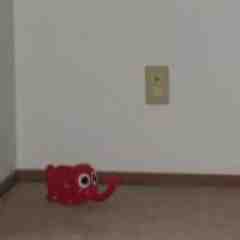 I've just finished watching a program about some clever Jewish dude from Moscow who is selecting and preparing beautiful Russian girls and then *recommends* them to his millionaire friends and sometimes they are even getting married. That I'd say is a pimping of the 21 century but making a tv-show out of that is so much worse ..."she's picking girls like apples from a tree to offer up to sleazy guys" sounds pathetic.

"...she's picking girls like apples from a tree to offer up to sleazy guys." Ha ha.. TV programmers come out always with new ideas. But, particularly, this idea sounds illogical, doesn't it?

You nailed it. This woman is a PIMP, and the women (most of which seem to be models) who join her club are gold digging sluts hoping to snare rich men. What a disgusting show.

You said a good point I have not even thought of "pimp" because I can't get past her arrogance and very rude approach. after suffering through a couple of episodes (what can I say I was bored watching paint dry) but after all of her back asswards advice she doesn't even have success on the show for the couples... why would anyone pay here sh$: to be treated like sh@& by that she/male??? I hope someone knocks her out someday it would be soo funtastic!!! 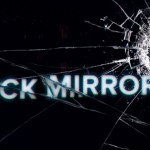