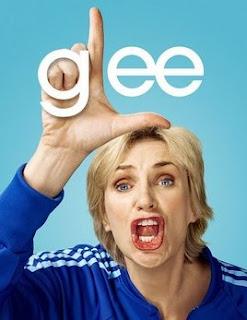 Jane Lynch has been doing great comedy for a long time – Best in Show, The 40-Year-Old Virgin, Party Down, the list goes on and on. She may be an out lesbian with a decidedly butch demeanor, but her projects range from the L-Word to Two and a Half Men. Even if people don’t know her name, everyone knows she was great in something they liked. And with Fox’s Glee, Lynch has finally achieved the celebrity status she deserves. How? By suddenly being the funniest person on television.

Lynch plays Sue Sylvester, championship cheerleading coach, enemy of the glee club, and unrepentant hard-ass. Sure, she’s bound to get a laugh with lines like, “I will go to the animal shelter and get you a kitty cat. I will let you fall in love with that kitty cat. And then on some dark cold night, I’ll steal away into your home. And punch you in the face.” But Lynch kicks the funny up to hilarious, and her brilliantly timed delivery makes every one of her scenes a gem.

Even if you don’t like it when teenagers burst into song (you’re wrong, but whatever) PLEASE give Glee a chance, if only to watch Jane Lynch steal the show.

I love Glee and I love Jane Lynch. That's all.

Glee has its problems, but it also has its bright spots, and one of those spots is definitely Jane Lynch. I really hope she gets nominated for an Emmy.

It would be great if all the love being thrown on this show manifested itself into actual support for real high school music and drama departments, which are constantly struggling under ever-shrinking budgets. I'm a fine arts teacher, and it pains me to see how little we value the arts. If Glee can make people aware of the importance of arts education, if it promps outrage and letters to the local BOE the next time funds are diverted away from music and theatre, and into athletics, then great. Otherwise, it's just another TV show.

What does that even mean?

I mean that the stories on Glee, the setting and the characters are all fictitious, and yes, it's great and entertaining and fun, and there's nothing wrong with that. But I would love it if all the fans of the show would get behind REAL music programs at REAL schools, which have been struggling for decades. The show is young...let's hope it raises awareness.

I concur with everyone here. She's hilarious. Every single movie I've seen her in, I always crack up. I haven't watched Glee (I know, I know, you can shoot me now) but I know she's awesome in it.

The fist time I fell in love with Jane was on Arrested Development, with her character Cindy Lightballoon. And it's only gotten better from there.