Oh, hey, look at that! It’s the weekend! THE WEEKEND, you guys! And, since it is the weekend, I am going to assume that a fair number of you will be drinking. Me, I like drinking; I can mix a decent cocktail, I’m not averse to beer, and I am nowhere near sophisticated enough to tell good wine from just-OK wine, so THAT usually works out pretty well for everyone involved. In fact, I am just going to go on the record, here, and say that I am a fan of drinking. Here’s what I’m NOT a fan of, however: this video from Ke$ha.

So: Ke$ha wakes up in a bathtub, looking like she just got run over by the Tequila Truck, puts on her missing shoe, and wanders downstairs to her family of pancake-dropping squares. They are concerned! About the run-over-by-the-Tequila-Truck factor! But Ke$ha, being a rebel who cannot be tamed by the bonds of family love or punctuation (an $ symbol? Really? Whatever you say, Ke$ha) shrugs off their stupid “love” and blasts the heck out of there before they can stage an intervention, proceeding into a hellish landscape of glitter and terrible synth music and dudes who look like sex predators and are perhaps overly impressed by Dov Charney. (Sources inform me that this is, in fact, an entirely accurate portrayal of LA.) Ke$ha gets arrested, licks the face of Sex Predator #1 (or, “Barry”), writhes in glitter a few times for good measure, rolls right back under the wheels of the Tequila Truck, and ends up on Barry’s lap and/or passed out in yet another bathtub. I know, right? What an amazing twist! Ke$ha is actually a bathtub-wandering nomad! Maybe the people in the first scene WEREN’T EVEN HER FAMILY!

Oh, and also: the vocoder. NO THANK YOU, on the copious vocoder, Ke$ha.

Of course, this is not the only video of its kind. Indeed, scholars will note that it bears a substantial debt to the groundbreaking “Alcohol,” by 178th-wave feminist band Millionaires.

Yeah, I’m sorry that I had to put you through that. But this is important! Because my question to you, relating to both of these videos, is as follows: when did alcohol become an acceptable substitute for female rebellion?

I mean, I know the teens like to drink. I myself drank a bit, as a teen! And I know that drinking, since you are not supposed to do it, can feel very rebellious. In fact, I am going to go out on a limb here and say that, for a girl, it can feel extra rebellious - rejecting the notion that girls are pure and fragile princesses, and all that. But in these clips, alcohol itself - the mere act of getting drunk - is the entire substance and form of rebellion. And, at the risk of sounding like your momma, it gets pretty skeevy pretty fast.

For example: both songs seem explicitly aware of, and actually kind of down with, a cultural context in which alcohol is used to get girls “ready” to consent to sex - or to get them so wasted that they can neither consent nor resist. “Everybody gettin’ crunk / boys tryin’ to grab my junk / gonna slap em if you get too drunk,” goes a line from Ke$ha. The Millionaires pontificate, in typically high-brow and provocative fashion, “yeah, we’re getting pretty trashed / but these boys ain’t getting any ass.” And, in the bridge (let us never forget the bridge) they continue: “Every time I’m at the bar / you want to pay / go ahead, buy me a drink / you won’t get laid.” But the songs don’t really resist, in any meaningful way, the idea that alcohol = sex. Nor do they envision the possibility that these creepy dudes intentionally taking advantage of them or trying to get them wasted enough to take advantage of are anything but a minor, inevitable annoyance. Like the line in Asher Roth’s “I Love College” (“don’t have sex if she’s too gone”) it both acknowledges the existence of date rape, takes an anti-date rape stance, and downplays the actual dangers of it, presenting it as nothing more than a minor annoyance that can easily be dealt with.

Of course - OF COURSE - people can have consensual sex while drunk. Even with people they don’t know that well or plan to sleep with again! I myself have done such things! But in these songs and videos, the point isn’t to get reasonably drunk, stay in control, and perhaps have some good old-fashioned naked times with a lady or fellow whose inhibitions are similarly lowered. It’s to drink as much as you possibly can until you lose control of your own body. And I have a sophisticated moral philosophy regarding these things. It goes like this:

BEING MODERATELY DRUNK WITH ME, AND FINDING YOURSELF IN A POSITION WHERE WE BOTH ENTHUSIASTICALLY CONSENT TO SEX WITH EACH OTHER: Neat! Let’s be friends!

INTENTIONALLY TRYING TO GET ME DRUNK IN ORDER TO GET “SEX”: Oh you creepy bastard.

HAVING “SEX” WITH SOMEONE WHO IS PASS-OUT-LEVEL INCAPACITATED DRUNK: Motherfucker I will PUT YOU RIGHT IN JAIL.

I call this “The Philosophy Where Full, Informed And Uncoerced Consent is Necessary to Sex.” Try it! I think you’ll find it refreshingly un-rape-culturey!

I don’t think Ke$ha or the Millionaires are Advocates of Rape Culture, of course. I think that their statements - that it’s cool and fun and strong to get blackout drunk as much as you can, and that dudes will of course try get you drunk so they can fuck you, or will “grab your junk” once you get there, and that this is totally normal and not scary and not ultimately a threat, that you can just “slap ‘em” or tell them they won’t get laid - aren’t wilfully harmful so much as just kind of misguided, in a very young and very typical and still very worrying way. They want to believe you can stay empowered within this context, and that somehow not getting bothered or skeeved (or, you know, assaulted) when it’s pretty clear that dudes are getting you drunk so that they can fuck you is evidence that you’re cool and strong. Unlike all those other girls who can’t take it. The girls that boys don’t like, because they’re prude or buzzkilling or not “good sports.” They’re not advocating rape culture so much as they are speaking from within a context that’s saturated by it - unable to see any alternative to it. Which makes this, whatever else it is, far from “rebellion.” Rebellion would be working to make the culture change.

I think it is awful the amounts of sexual violence and abuse comes from alcohol. My daughter's dad is a still using addict and drunk/alcoholic. Our whole 5.5 year relationship was abusive and he had been in jail, some sort of program or another but never took the first step to admit he was an addict.

I am a recovering alcoholic (sober a year in November) and the many times I have used alcohol to be able to get the nerve to ask someone to have sex with (and obviously consensual on both ends, but drunk and then I realized the many times in the last 3 years I started having casual sex, many encounters were drunk) ... I wouldn't call it my most sex-positive attribute. Because it wasn't. I was using alcohol to do something that I could have done sober. I used alcohol to forget my feelings, reality and it would make me "more outgoing" and "honest." Then later if I said stupid shit or did something shit I could just blame the alcohol.

I am not sure why alcohol has been some sort of rebellion. It leads to addiction and in my case, a lot of mental health stuff I have been working on. I look back and I didn't like going to the bar because it was the same thing over and over. I'd much rather use my time, energy and money on more positive, cheaper things and things I don't have to feel like I may feel stupid about later. Life has been way better sober. And alcohol has become very normalized in our culture.

I think it's important to remember the sober folks and people in recovery too! Not everyone drinks on the weekend.

Ariel Levy makes some very good points about this very issue in her book "Female Chauvinist Pigs: Women and the Rise of Raunch Culture." I would definitely recommend this book...

I really like the points you're making. First, I don't think I've ever heard from someone with an anti-date rape stance that you CAN indeed have consensual sex while drinking. I whole-heartedly agree. I think sometimes people have a knee-jerk reaction to talking about sex while drinking-- specifically that if a girl has been drinking much at all she CANNOT consent. But there really is a middle ground of still in control, happy, consenting drunk. On the other hand, these girls are *not* talking about that kind of drunk. I think I once bought into the idea of drinking as rebellion and took part in it myself. And what, exactly, did it get me? Taken advantage of while drunk. Twice. Even me-- and even at that time I considered myself a strong (and feminist!) woman who could stay in control. But the reality is, when you are indeed shit-faced, it's just not that simple. On the other hand, there have been times where I've been fairly drunk and I feel that I've been easily coherent enough to consent. I'm glad to hear someone talking about it.

I think the moment I realized the youth culture was horrifying was when Ke$ha suggested that boys who look like Mick Jagger <i>aren't</i> the ones we should kick to the curb. *shudder*

Ke$ha is soooo much better than the Millionaires.
Their music is so stupid and their dancing is even worse.
Ke$ha has a lot more substance than they do PLUS Ke$ha isn't only filled with fun, dancy songs.
She's written a lot of music in the past few years. 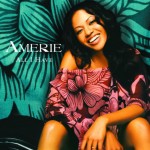 by Bee Quammie
Ameriie's debut album "All I Have" was the perfect congruence of art reflecting life.