In early August, a team of six people fanned out across the New York City subway system, putting up sticky notices that look like the could be official city notices. But if subway riders stopped and read the small posters, they would see that they actually bore the image of a pair of hands and a message about abortion. 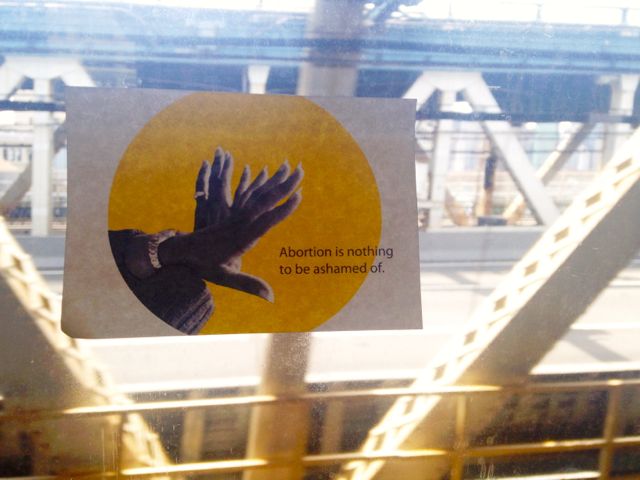 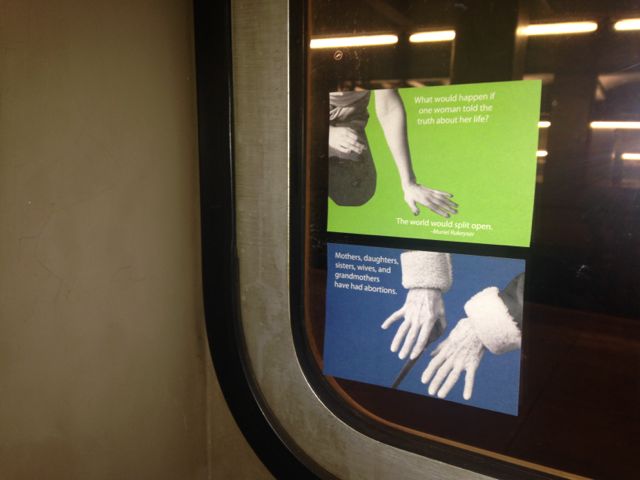 “Abortion is nothing to be ashamed of,” reads one design. “Mothers, daughters, sisters, and wives have had abortions,” reads abortion. The artists and guerrilla sticker team is part of Project Voice, a campaign to reduce stigma around abortion that received a grant this year from nonprofit the Abortion Conversation Project. “Even though we were tagging the trains, it was important to me that the sticky notes felt less like tagging and more like a conscientious art installation. I wanted the placement of the notes to feel precise and inviting,” says organizer Maya Pindyck.

Artists around the world hijack public signage to spread a message—altering public infrastructure is a direct and simple way to surprise people by disrupting a familiar environment with a new idea. Changing public signs can be a powerful way to subvert an official government message. 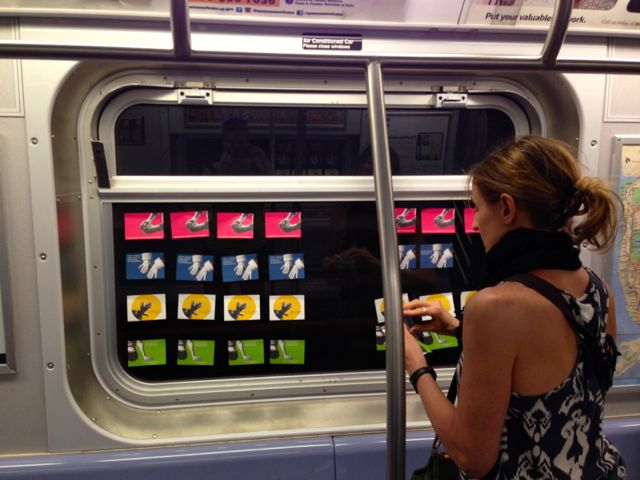 The group put up about 300 of the little placards with four different designs, half in Spanish and half in English. Though they were likely quickly removed, Pindyck hopes the small signs helped people who did spot them and made them feel like abortion was a less taboo topic to discuss. Online, their website ProjectVoice.org, that collects personal stories about abortion. “The aim was to collect as many stories as possible—to make room for totally different experiences and feelings about abortion to co-exist in one space—in order to destigmatize abortion and help women feel less alone in their experiences,” says Pindyck.

Also this month, I became aware of another public art project artist Andrew Lamb has been undertaking in Toronto. Lamb is wheatpasting pop culture figures onto local neighborhood watch signs. He’s altered about 75 of the signs around Toronto, changing them to express that the neighborhood is being protected by the likes of Sailor Moon or Chris from Adventures in Babysitting. 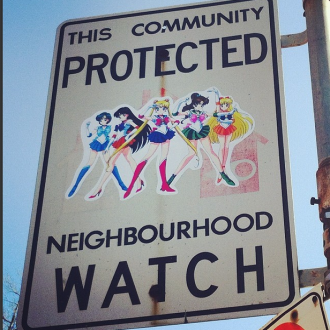 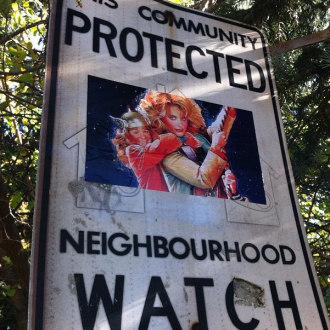 “The project riffs off being an official piece of city property that’s main purpose now is to make you happy,” says Lamb. “I hope the purpose of the signs, which originally may have been a dubious attempt to ward off criminals, still embodies community values: Shared public space, the ability of a neighborhood to self-organize and, hopefully, the importance of organic and spontaneous public art.”

by Amy Lam
The first days of the alternative-facts presidency and the impact of the global Women's Marches.