Check Out These Two New Feminist Documentaries in the Works 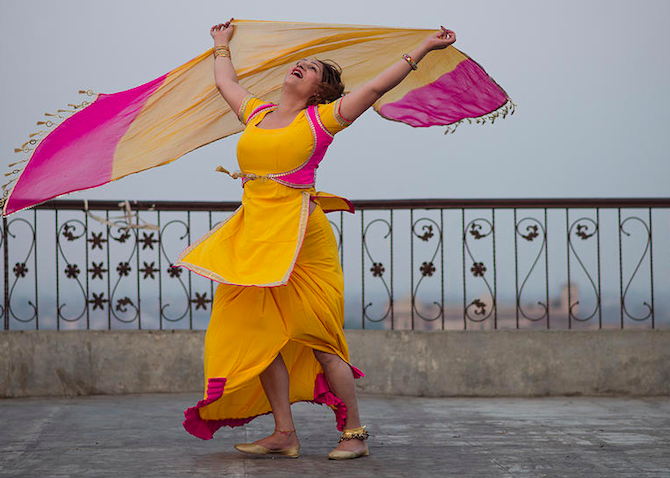 The last time we heard about a film being pulled from theaters it was The Interview, a major studio production that received so much publicity from the alleged “censorship” that it’s earned almost $46 million to date. This stands deep contrast to what the filmmakers of Zunn: Showgirls of Pakistan are facing. Their documentary is currently crowdfunding for post-production, but has already faced so much controversy that they’ve had to the trailer for the film offline due to threats against the filmmakers.

Zunn details the lives of three showgirls, including a transwoman, as they perform in the “smut theaters” in small towns and villages across Pakistan. The film explores their work and their lives offstage. Zunn producer Anam Abbas told us that she hopes the film will help Pakistanis see the dancers as people deserving of respect. “We want our film to reveal the blatant hypocrisy of the society that consumes them, yet lets these women suffer,” says Abbas, noting that dance shows are popular but the dancers themselves are harassed by police, kicked out of rental housing, and often face violence because of their line of work. “These women are part of a massive subculture that nobody wants to talk about because it goes against their notions of a collective respectability,” says Abbas. “What these women do on stage is what every Pakistani woman is discouraged to do: be brash, sexual, and confident.” 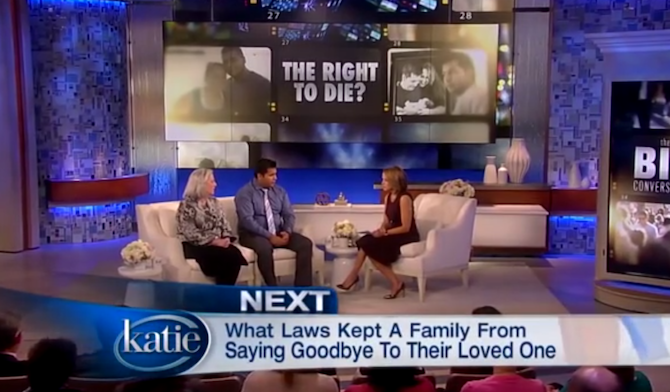 Another documentary in the midst of fundraising tackles a life-and-death story of American politics. In The Pregnancy Exclusion, director and producer Rebecca Haimowitz follows the story of Marlise Muñoz, who was 14 weeks pregnant when she suffered a pulmonary embolism that left her brain-dead. Even though she had expressed to her family that she would not want to be kept on life-support, an obscure state law mandated that she be kept alive by mechanical support due to her pregnancy.

While the film looks at the tragedy that Muñoz’s family continued to endure, it also offers a wider look at laws controlling the bodies of pregnant women. Haimowitz answered a couple questions to share more about this project.

BITCH: Why is Marlise Muñoz’s story important to share?

REBECCA HAIMOWITZ: I really want to show the human toll behind this polarizing event.  The ordeal that Marlise’s family went through is almost unimaginable.  Listening to her husband Erick talk about watching her body slowly decompose while she was forcibly kept on machines seemed to me such a horrific intrusion of the State into what should have been an intimate and personal family decision. When the Marlise Muñoz case first happened, everyone had an opinion about what choice the family should make. But the point is: the family didn’t have a choice. As more legislation across the US is passed to protect fetal life, they inevitably take rights away from pregnant women—and this film shows the extremes to which such laws can be interpreted. Many people thought the Marlise Muñoz case was an anomaly. But there are actually 32 states (and counting) with similar or identical laws on the books. People need to know about this!

What kind of feedback have you received in talking about Muñoz’s story?

Talking about the Muñoz’s story has been really eye-opening. First of all, I think that a lot of people didn’t understand that Marlise was not in a coma or even a persistent vegetative state—she was declared brain-dead, which is legally dead. I’ve also been interested to see how different people—from varying political beliefs and perspectives—have come around to sympathizing with the Muñoz family, and supporting their efforts to change this law. Ultimately, the film touches on so many complex and even controversial topics: bodily autonomy, personal choice, end-of-life issues. But our approach is that we don’t want to create something didactic or over-simplified. We want to follow the Muñoz family’s personal story and allow for the myriad complexities and questions to emerge from there.  That’s what I think a good documentary film does: draws you into a human story, and then presents the larger social issue from that personal perspective.

Support independent filmmaking through their crowdfunding campaigns — Zunn: Showgirls of Pakistan and The Pregnancy Exclusion.